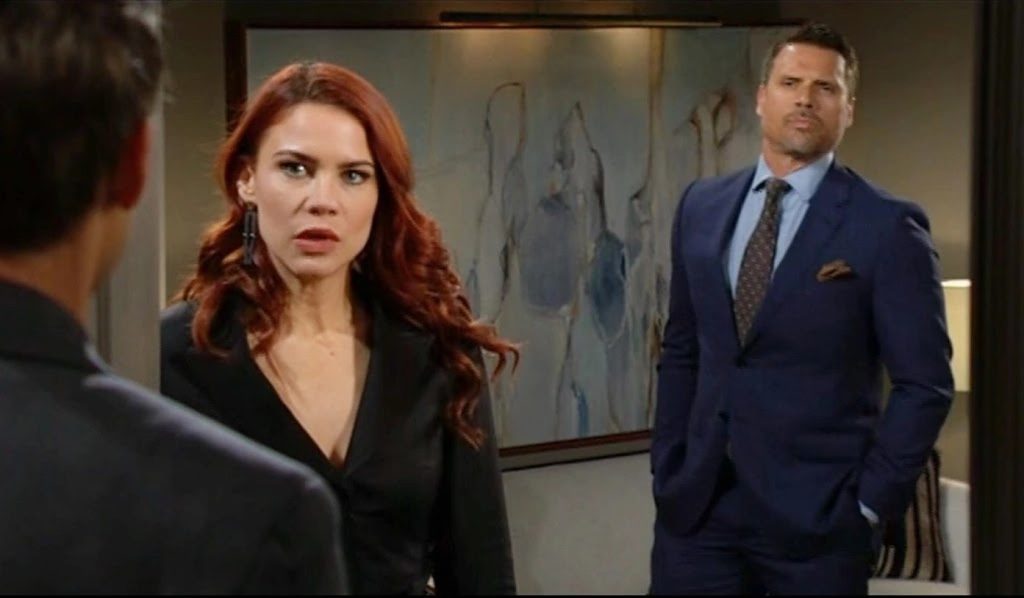 The Young And The Restless Spoilers For October 13, 2022: Adam Becomes The Date Crasher, Tucker Gets Another Chance?

The Young And The Restless spoilers for October 13, 2022, reveal that Adam will become a date crasher when he sees Sally and Nick together. Over with Tucker, he will get another chance to explain things to Ashley. However, Ashley will continue to doubt Tucker. Elsewhere, Nate will plea to Elena again. Will she accept Nate this time? Let’s see what Y&R has in store for the viewers in today’s episode.

Tucker Gets Another Chance

On Thursday, Ashley will get instructions from Nikki and Phyllis not to shoo away Tucker. The Young And The Restless spoilers say that Ashley will accept Tucker’s plea to meet her again. Then again, Tucker will start his explanations on how much he missed her and also needs her in his life. Although Tucker promises not to hurt her again, it will be difficult for Ashley to actually believe him.

Back with Nikki and Phyllis, till now, they haven’t been able to find solid evidence that proves Diane and Tucker’s connection. So, Ashley will be the sole way out through which they can get hold of some crucial dirt on Diane. We will have to wait to see what they might get in the future.

The Young And The Restless Spoilers: Adam Becomes A Date Crasher

Up until now, Nick and Sally haven’t decided on their relationship. They do not know if they want to be hook-up partners or try giving their relationship a serious chance. However, Nick might go ahead and make some plans. Amid all this confusion, Nick will prepare a special romantic dinner date for Sally. Will it go good? No, it won’t since some unexpected visitor will come to ruin it.

It will be none other than Adam Newman. The Young And The Restless spoilers for October 13, 2022, say that Adam will become a party crasher when he sees Sally and Nick together. Adam still hasn’t gotten over Sally. Since he still has feelings for her, seeing her with his own brother will leave him fuming in rage. Whatever the case, Adam will surely make things worse for all three of them. Other spoilers tease that Nick will notice Sally’s reaction to Adam, and he will confront her about her clinging feelings soon.

Across the town, Nate will approach Elena. After learning that Elena will be leaving Genoa City, he will come to ask for another chance. However, Elena will still not be convinced by Nate. The preview video already showed Nate confessing his plans. So, it looks like to prove his truthfulness to Elena, Nate might also come clean to everyone. It would be interesting to see if Nate blurts out his deal with Vict oria or not. Stay tuned and watch The Young And The Restless, it airs every weekday on CBS. For more updates and spoilers, visit our website, TV Season & Spoilers.