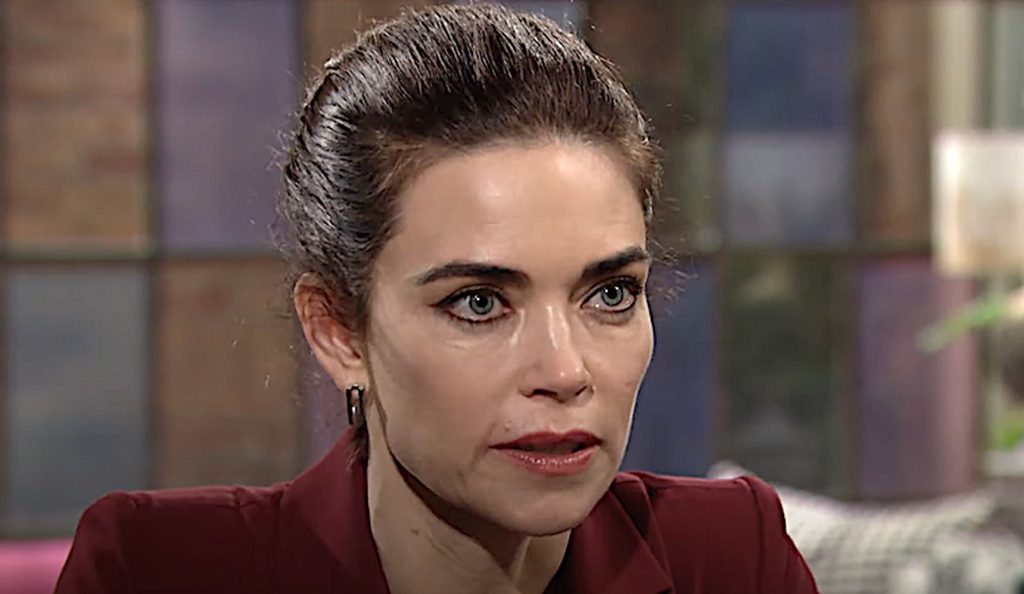 The Young And The Restless Spoilers For October 18, 2022: Jill Rushes Back To Genoa City, Victoria’s New Offer!

The Young And The Restless spoilers for October 18, 2022, suggest that Summer will deliver a stern warning to Sally in the upcoming episode. Next, Jill will rush back to Genoa City once she hears about Nate’s betrayal. Over with Victoria, she will have a new job offer for Nate. Will Nate be willing to work with her? Let’s read further to see what is brewing in Genoa City.

After Nate discloses his sinister plans, Devon and Lily will be stressed with the work. With all the mess Nate left with, it is Devon and Lily’s duty to clean up the mess before Jill returns to the company. In the meantime, Devon will also think about the possible threat Tucker possesses. Even though Tucker said that he has no evil motives like Nate, it will be hard for Devon to actually believe him.

In Newman Media, all that Victoria will be hearing is about Nate’s confession and how Elena dumped him. It won’t be new for Victoria to see someone spill the beans. But still, when Nate approaches her, she will be ready to give him another chance. Looks like Victoria will have a job offer for Nate. since he can’t be an inside man, so he can surely come and work with Newmans without thinking about anything. And if that happens, it will be the biggest betrayal for Chancellor-Winters from Nate.

Anyways, The Young and the Restless spoilers say Victoria will be ready to hire Nate. But before that, she will need to fire someone to bring Nate into the company. Fans might remember that Nate wanted to get the CEO post when he made a deal with Victoria. Although it was to be the CEO of Chancellor-Winters, chances are there that Victoria might hire him for Newman Media’s CEO. As of now, Sally is the CEO. Will she be fired now? We will know that.

The Young And The Restless Spoilers: Summer’s Stern Warning

Speaking of Sally, she will dump Adam and head straight to meet Nick. When Sally and Nick hug each other, Summer will witness them. The Young And The Restless preview video already showed Summer delivering a stern warning to Sally. For Summer, Sally is the last person who date Nick.

Everyone knows that Sally is struggling with her feelings for Adam. In that phase, if she gets with someone, it might merely just be to forget Adam. So, Summer won’t want Nick to be that person who Sally uses to forget Adam. Tomorrow if Sally decides to go back to Adam, it will leave Nick heartbroken. Be ing his daughter, Summer will never want to see her father sandwiched between all the emotional drama.

On Tuesday, Summer will warn Sally to watch her step since she will be watching her every move. If she tries to break Nick’s heart, she will have to face Summer’s wrath. Stay tuned, as Y&R will air more action-packed episodes in the future. The Young And The Restless air every weekday on CBS. For more updates and spoilers, visit our website, TV Season & Spoilers.