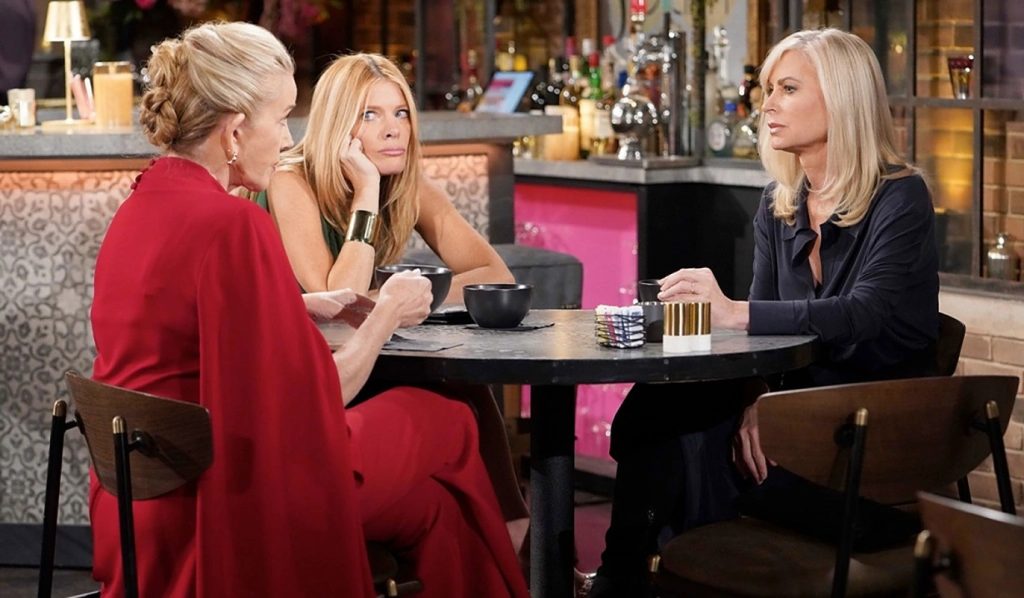 The Young And The Restless Spoilers For October 20, 2022: Diane Makes A Confession, Ashley Agrees To Phyllis And Nikki’s Plan

The Young And The Restless spoilers for October 20, 2022, tease that Tessa and Mariah will get some good news regarding their adoption plans. However, it will also increase their anxiety. Over with Diane, she will confess her connections with Tucker to Jack which will stun him. Elsewhere, Ashley will accept to cooperate with Nikki and Phyllis to get along with Tucker to get intel on Diane. Keep reading to know what is brewing in Genoa City.

On Thursday, Jack will confront Diane. Since the day Tucker came back to Genoa City, Jack is noticing Diane’s change in behavior. So, he will want to know if she is still in contact with him. Everyone know that Diane was connected to Tucker back when she faked her death. The Young And The Restless spoilers suggest that Diane will lie to Jack on face that she is no more in touch with Tucker. In fact, she will even say that she saw him last when she faked her death.

However, Jack will still suspect her. Once Diane feels that Jack does not believe her, she will devise a plan. Looks like Diane will blame Phyllis and worry that she might be the one who brainwashed Jack. However, Jack will remind Diane of her past lies and tell that if he is suspecting her, it’s because of her past.

Later, Diane will cross paths with Phyllis and will learn about Talia Morgan. This investigative journalist will be persistent to dig deeper and find dirt on Diane. Other The Young And The Restless spoilers say that Diane will know that her wall of lies might crumble down. So, she will decide to confess her connection with Tucker to Jack. How will he react to this? We will know that soon.

The Young And The Restless Spoilers: Nikki-Phyllis’ Pressure To Make Ashley Cooperate

Further on The Young And The Restless, Nikki and Phyllis will want Ashley to keep the door open for Tucker. Ever since they have learned that Tucker wants to get back with Ashley, they know that he is the right person to provide them with the intel them about Diane. Fans know that Tucker is the same person who cheated on Ashley with Diane. Also, he was the prime suspect when Diane faked her death. So, who can be more useful than him?

As for Ashley, she will accept to cooperate with Nikki and Phyllis in their bold yet risky plan. However, Ashley will have to be careful with her steps. Tucker is a very manipulative and slippery character. So, Ashley is basically playing fire. We will have to wait to see what happens in the future.

Over with Tessa and Mariah, they will receive a good news regarding their adoption decision. Christine will come to inform them that an expectant mother is willing to give them her baby. However, she will want to get to know Tessa and Mariah well before they adopt her baby. So, Mariah and Tessa will be anxious yet excited to start their journey. The Young And The Restless airs every weekdays on CBS. For more updates and spoilers, visit our website, TV Season & Spoilers.