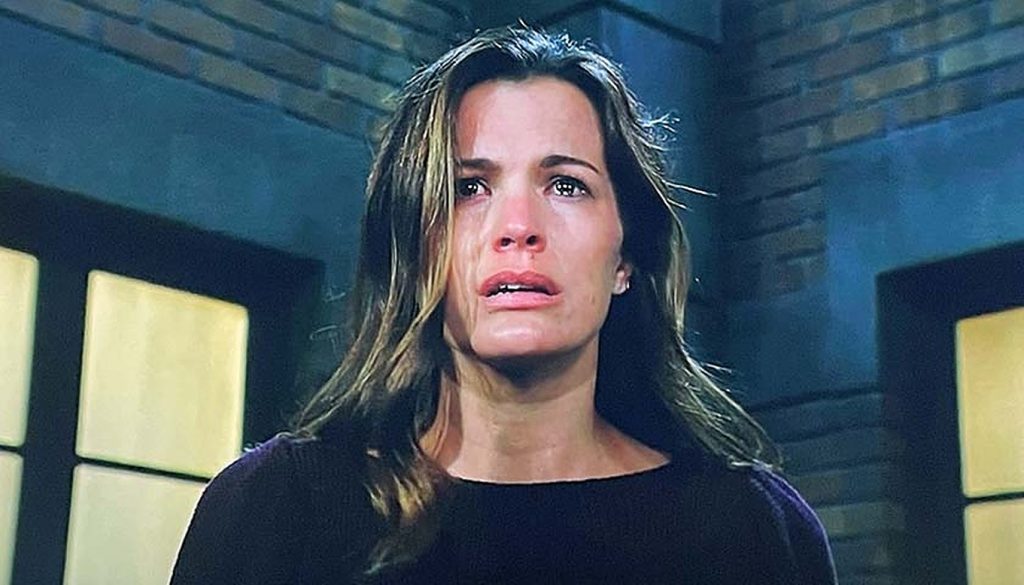 The Young And The Restless spoilers for October 31, 2022, tease that Chelsea will take an extreme decision to jump off the ledge in the upcoming episode of Y&R. However, Billy and Adam will get alerted about Chelsea’s disturbed mind. So, both will rush to save her. Will they be able to save Chelsea before she jumps? Elsewhere, Nate will finally accept Victoria’s job offer. But before that, he will have a few things to think about. What will that be? Keep reading to know what is brewing in Genoa City.

Chelsea’s Extreme Decision, Adam-Billy Rush To Save Her

Fans might have seen that yesterday’s The Young And The Restless started with a viewer discretion. So, that’s what is going to continue on Monday as well. Chelsea will remain in a disturbed state of mind, she will lose all hope in life. On one side, Johnny has rejected her efforts of connecting with her several times; on the other side, Connor has started hating her. Amid all this, no one is trying to understand her perspective. With nowhere to go, Chelsea will decide to end her life by jumping off the ledge.

For that, she will reach the rooftop of the nightclub. In the meantime, Billy and Lily will also be present in the same nightclub, dancing and enjoying their time. However, Billy’s entire focus will be on Chelsea’s depressed expressions. This will piss off Lily. Once Chelsea leaves the club in a hurry, Billy will also run behind her. Adam will also come at the right time to help out Chelsea.

Other The Young And The Restless spoilers suggest that Adam and Billy will have an argument about who should go to save Chelsea. Even though it won’t be the right time to argue over such petty issues, Adam will insist Billy stay there and wait for him while he rescues Chelsea. Will these two keep arguing, or will they both sort things out before rushing to the rooftop? Whatever they decide, Chelsea’s life is at stake, so they have to make a quick decision. Then again, Lily might also reach at the right time to save Chelsea. We will have to wait to see what Adam and Billy will do next.

The Young And The Restless Spoilers: Nate Accepts The CEO Offer

Previously we saw how Victoria offered Nate the CEO job at Newman Media. At that time, Nate asked for some time to think it over. However, The Young And The Restless spoilers for Monday, October 31, 2022, tease that Nate will mull over all the consequences he might face if he takes the offer.

Nate has already backstabbed his family, and his family has also decided to cut ties with him. as for his love interest, Elena has already parted ways from him. So, he knows he is left with nothing. No job and no family. So, Nate will decide to take the job

and proceed in his life even if he has no one. During the week of October 31 – November 4, 2022, Nate and Victoria will celebrate his new position in Society. This is where Devon will run in and catch Nate with Victoria.

Of course, Devon will finally realize that Victoria was the one to whom Nate was giving information to. Fans can be assured that a Chancellor-Winters and Newman Media war is to come real soon. Stay tuned and watch The Young And The Restless, it airs every weekday on CBS. For more updates and spoilers, visit our website, TV Season & Spoilers.