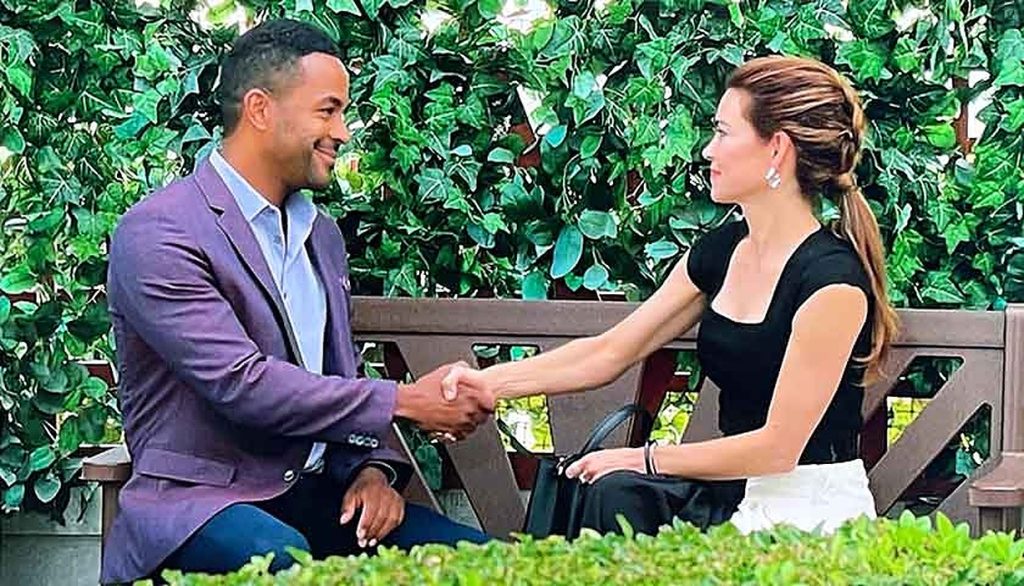 The Young And The Restless Recap For Tuesday, September 20, 2022: Nikki Meets Talia In LA, Nate & Victoria Have A Plan

The Young and the Restless recap for Tuesday, September 20, 2022, revealed the story of Nikki and Victoria. At first, we saw Nikki meet Talia in LA and discuss her history with Deacon off the record. Later, Diane and Phyllis tried to convince their children to let them work at Marchetti. They promised to move beyond their differences and not stir trouble.

Meanwhile, Nate reassured Imani about her father. He suggested he wanted to continue working at Chancellor-Winters because he had plans. Later on, Victoria met Nick and informed him about her plan to take over Chancellor-Winters with Nate’s help. Nick is skeptical and asks her to talk to Victor about this. Would Victoria understand their point? Here is what all happened.

In this episode of The Young and the Restless, we saw Nikki in her Los Angeles hotel room. She intended to meet Talia and discuss her plan to take down Diane from Genoa City. Talia mentioned working on a book as the magazine rejected her follow-up stories. Nikki was glad to know the stories were being told, at least. Later, Talia insisted Nikki talk about her past with Deacon.

Nikki then decided to tell Talia about Deacon. However, she insisted it would have to be off the record. Furthermore, Nikki revealed Deacon encouraged her to drink and sabotage herself when she was accused of murdering Diane. She was reminded of her past and decided never to let Deacon get the better of her again.

The Young And The Restless Recap: Diane & Phyllis On The Mend

Speaking of Diane, She and Phyllis decided to appease Kyle and Summer. They needed to prove their change of heart in actions as well. Kyle and Summer made it crystal clear that their moms would lose their job at Marchetti if there were another matter ever again. Phyllis and Diane felt this was unfair but pretended to listen to their kids.

Later, Diane spoke to Jack and discussed the harsh ultimatum of the confrontation. Diane assured Jack that she would listen to his advice and practice it. After she left Jack’s office, she received a message informing her about Nikki’s meeting with Talia in LA. The mystery messenger warned Diane that they would not be able to stop Talia’s editor for longer. Meanwhile, Nikki sent a mysterious text to Deacon. She told him someone from his past was in town to meet him. Deacon looked at the message and the address and wondered who it could be.

Nate Wants To Continue At Chancellor-Winters

Further, in The Young and the Restless episode, Imani was concerned about her father. Nate heard from the doctor and told Imani he collapsed due to fatigue. The good news was he was doing better and would recover soon. Imani thanked Nate for being there for her; he told her she did the same for him. Later, Nate hugged Imani and told her to take Devon’s jet and see her father.

Imani hoped Nate would leave his current job, but Nate suggested there was more to accomplish at Chancellor-Winters. Imani asked him to promise to return to his job when she returned; Nate grinned and assured her that was the plan.

The Young And The Restless Recap: Victoria Has A Plan

Meanwhile, at Newman Enterprises, Victoria informed Nick about the news she had heard about Chancellor-Winters going public. She wanted to grab as much initial stock offering as possible. Moreover, her goal was to gain several seats on the board. Nick realized Nate must have informed Victoria about this in advance. He asked Victoria what Nate would get out of this deal.

Victoria informed Nick they could make Nate the CEO of Chancellor-Winters. Nick was furious and called this plan unethical. Moreover, if Nate would benefit from this deal, he would invite the scrutiny of the SEC. However, Victoria insisted this was a smart decision and asked Nick to consider it. Nick did not buy it and thought this was a personal attack on Devon and Lily. The Young and the Restless airs weekdays on CBS. Stay tuned with TV Season & Spoilers for the latest news and updates.