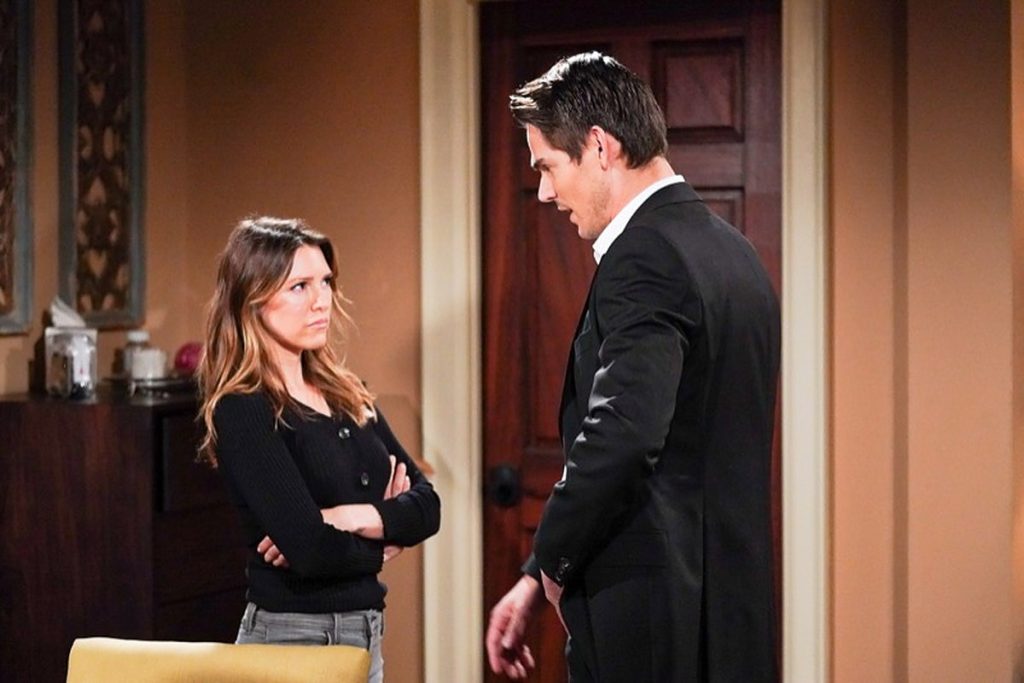 The Young And The Restless Spoilers For September 1, 2022: Diane Stumbles Upon Talia, Chloe WARNS Adam

The Young And The Restless spoilers for September 1, 2022, tease that Diane will stumble upon Talia in the upcoming episode. Immediately, she will grow suspicious about the whole circumstances. Then, Phyllis will approach Nick to pay some debts. She believes that she owes something to Nick and will want to move on from that. Over with Chloe, she will warn Adam to stay away from Chelsea and Sally. How will Adam respond to this? Keep reading to see what unfolds in Genoa City in today’s episode.

On Thursday, Chloe will approach Adam. The Young And The Restless Spoilers tease that Chloe will warn Adam to back off from Chelsea and Sally. She will think that he is still clinging to his exes and messing around with them.

As far as Chloe is concerned, she knows that it is very easy to manipulate Chelsea and take her back in life. On the other hand, there is Sally, who might look very tough from the outside but is still struggling with the breakup. Under no circumstances will she allow Adam to take advantage of their feelings.

Not only that, but Chloe also knows about the Kevin and Adam issue. In the forthcoming episode, She will clearly tell him not to try any laptop stealing trick again. However, Adam will assure Chloe that he is not playing any games with Chelsea and Sally. Nevertheless, he will surely come up with some wicked plans soon. Y&R spoilers say that Chloe will keep an eye on him to track his further moves.

The Young And The Restless Spoilers: Diane’s Suspicion On Talia

At Society, Diane will stumble upon Talia. As Diane was also living in Los Angeles, she will recognize the investigative reporter. The Young And The Restless spoilers claim that Diane will be curious to know what Talia is doing in Genoa City. To this, Talia will tell her that she has come here to write a story on Ashland Locke.

However, Diane will grow suspicious of Talia. Since she knows that her enemies are trying hard to take her down, she will suspect that Talia has some other agenda. It hasn’t been long since Diane has regained a little bit of trust from Kyle and Jack. Under no circumstances will she ever want to lose it. So, she will confront Talia. Diane will come up with some other narratives and suggest Talia to write on something else. She will also tell her that her readers might want to read some triumph-related stories. Not to mention, Talia will be hell-bent to give her readers a juicy story about Diane’s past. Now that Diane has some hints, what will be her next move? We will know that.

Further, The Young And The Restless spoilers say that Phyllis will decide to pay her debts. Earlier, Phyllis made some vow to Nick. Now, she will decide that she just repay him. In the upcoming episode, Nick and Phyllis will sit together and talk about this mysterious promise. What is the promise all about? We will know that. Till then, watch The Young And The Restless, which airs every weekday on CBS. For more information, visit our website, TV Season & Spoilers.