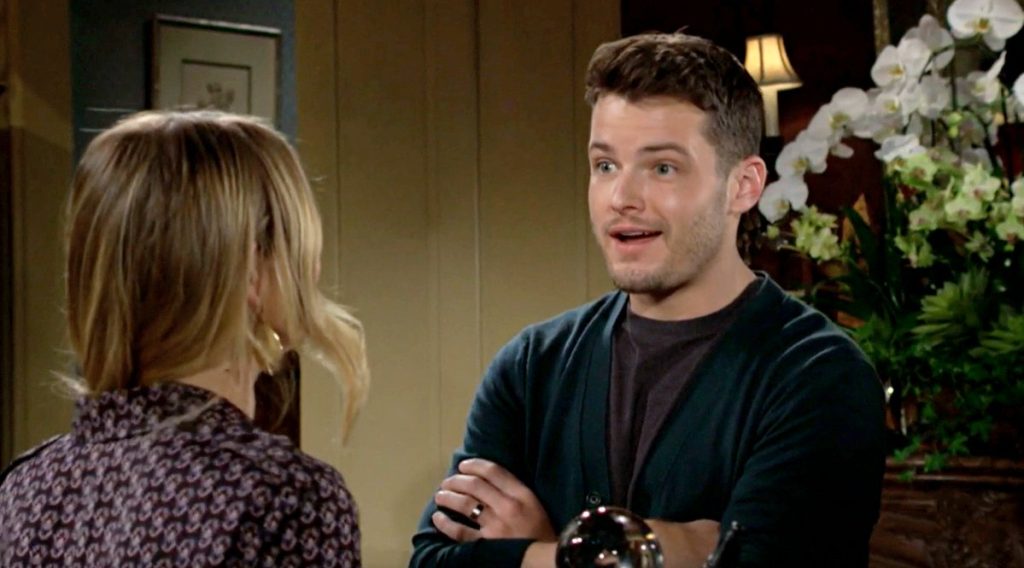 The Young And The Restless Spoilers For August 17, 2022: Summer-Kyle Stunned, Diane-Jack Come Closer

The Young And The Restless spoilers for August 17, 2022, reveal that Summer and Kyle will spend a romantic evening together in the upcoming episode. However, things might take a turn for bad soon. On the other end, Nikki will introduce the investigative journalist to Phyllis. Their plan to take down Diane will start off the bat. Speaking of Diane, she will make a vow to Jack, and they might even come closer to each other. Will anyone witness their closeness? Who will it be? Keep reading and see where the storyline takes you to on today’s episode.

The Diane-haters trio’s mission to take her down will take a new turn in the upcoming episode. The spoilers for The Young And The Restless claim that Nikki will introduce Phyllis to a new member. It will be Talia Morgan, an investigative journalist.

Looks like she will be interested in covering Diane’s resurrection story. A woman with a scandalous past. She will point out that Diane’s story might interest her readers of the magazine. As for Ashley, she will still be out of town. But, Phyllis, Nikki, and Talia will plan out a way to dig the dirt out of Diane’s past.

The Young And The Restless Spoilers: Diane-Jack’s Closeness

Further on The Young And The Restless, Diane and Jack will have a chat. Over there, Diane will make a vow to Jack. She will say that she won’t let Kyle and Harrison down and will prove that she is a changed woman now.

Playing the ideal grandparents coin is actually favoring Diane. Things are really taking the way how Diane wants it to be. However, Phyllis has already joined Marchetti

, something which went against Diane’s plan. Whatever it is, Y&R writers seem to be interested in extending their bickering.

With all the chaos going on already, Summer and Kyle finally got a chance to spend a romantic evening together. However, the spoilers say things might take a turn for bad soon. Is it that Summer is going to surprise him with a pregnancy shocker?

Well, No! This shock might be related to the investigative reporter that Nikki just hired. It is teased that Summer and Kyle will witness Talia meeting Nikki and Phyllis. Immediately, they will know that the trio is cooking something up against Diane.

Later at home, Summer and Kyle will see Diane and Jack getting close. Like witnessing a take-down meeting wasn’t enough, now, they are to see this! They will wonder how Phyllis is going to react to Diane and Jack’s recent closeness. However, it is teased that Diane and Jack might share a kiss later this week. Could it just be Diane’s imagination, or is it for real? We will know this in the upcoming episode. Stay tuned and watch The Young And The Restless, it airs every Weekdays on CBS. For more updates and spoilers, visit our website, TV Season & Spoilers.