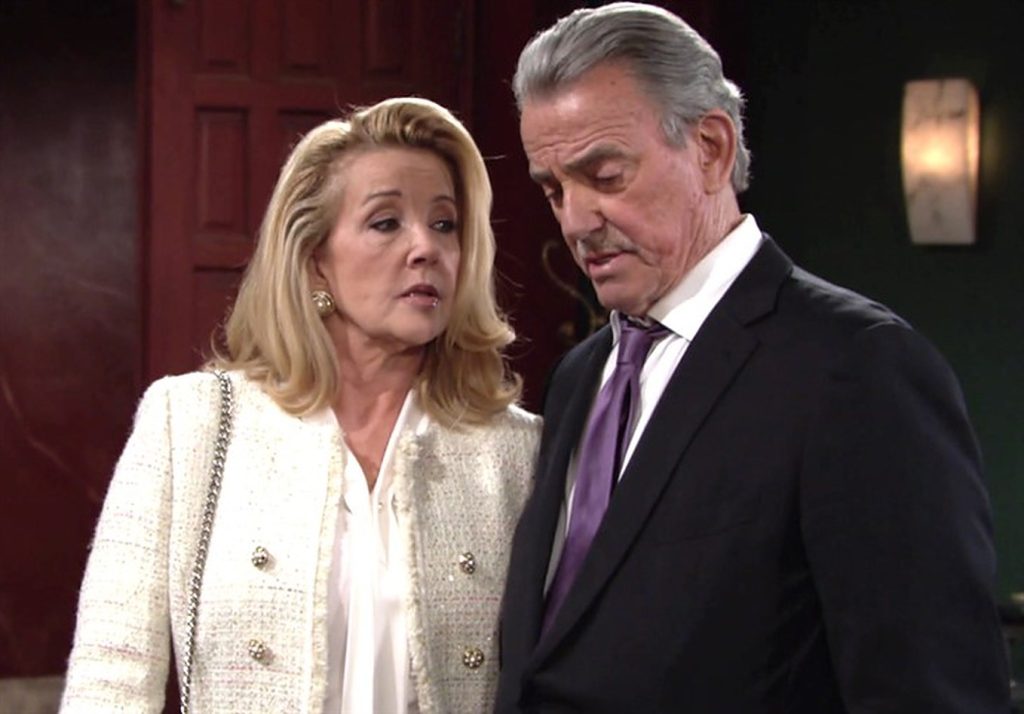 The Young And The Restless Spoilers For September 15, 2022: Jack’s Proposal, Nikki Comes Up With A Plan

The Young And The Restless spoilers for September 15, 2022, tease that Victor will help Nikki with her LA plan in the upcoming episode. Even though he doesn’t like Nikki meeting Deacon, he will support his wife regardless. On the other end, Jack will invite Diane, which she will accept wholeheartedly. Over with Imani, she will continue to create friction between the cousins. As for Elena, she will find herself stuck in this messy situation. Let’s read further and know what happens in today’s episode.

Diane’s motive is to get back with Jack. For that, she can go to any extremes. The Young And The Restless spoilers for September 15, 2022, claim that Jack will have an invitation for Diane. Of course, Diane will accept it wholeheartedly. She will also be happy to have the opportunity to spend with Jack.

As of now, there are chances that Jack might call Diane to attend Kyle and Summer’s vow renewal ceremony. Fans already know that Kyle surprised Summer with a plan for a wedding reception. So, Jack might need a partner to go and support his son. However, it is obvious that Jack will not take her as a date. But rather, he might just need her as a friendly parent for Kyle. Whatever it is, Diane will be happy to spend time with Jack and will accept his invitation wholeheartedly.

The Young And The Restless: Adam’s Request

Elsewhere, Adam will want to get back with Sally. So, he will come with some heartwarming speeches. However, it won’t work on Sally. Before the week ends, fans will get to see some heartbreaking scenes between Adam and Sally. The Young And The Restless spoilers say that Sally will experience some regrets over Nick and her hookup. But, at the same time, she will also crave for it. What will happen to these two? Will Sally and Nick come into a relationship? Only time will tell.

Further, on The Young And The Restless, Imani will advise Nate not to quit his job. However, She will ask him to stick to his job and continue to make bold moves. Not only that, she might even ask him to think of taking revenge. Whatever it is, Imani will definitely stir more friction among the cousins.

Afterwards, Elena will know that Nate is going in the wrong direction. So, she will call out his recent decisions and will blame Imani for everything. However, Nate will think otherwise. For him, he will feel like Imani is the only person who understands him. So, Elena will find herself stuck in between the whole mess.

The Young And The Restless: Victor Supports Nikki

Next, Victor will know Nikki’s planning to go to Los Angeles. The Young And The Restless spoilers say that Victor will support Nikki in her plan to meet Deacon. Even though Victor knows that Deacon is Nikki’s traumatic past, he will not pose as a problem in her moving forward with her plan. They both think that Deacon is a very slippery character, so he will be useful to Nikki in finding dirt on Diane.

Speaking of Deacon, he does share a long history with Genoa City. As of now, Victor and Nikki don’t know that Deacon has changed a bit. Even though he makes bad decisions, he certainly is not manipulative like how he was in the past. Right now, in The Bold And The Beautiful, Deacon is hiding a fugitive, Sheila, at his apartment. So, Nikki’s blackmailing call will be the least he expects when he himself is stuck in a huge problem.

Nevertheless, Nikki will be hell-bent on finding some dirt on Diane. Deacon is the same person who helped Diane fake her death. So, he will be the right person to fill Nikki with more info about Diane. Even though Victor will feel that Nikki is putting herself in pain by approaching Deacon, who is Nikki’s traumatic past, he will still support her. Stay tuned and watch The Young And The Restless, it airs every weekday on CBS. For more updates and spoilers, visit our website, TV Season & Spoilers.