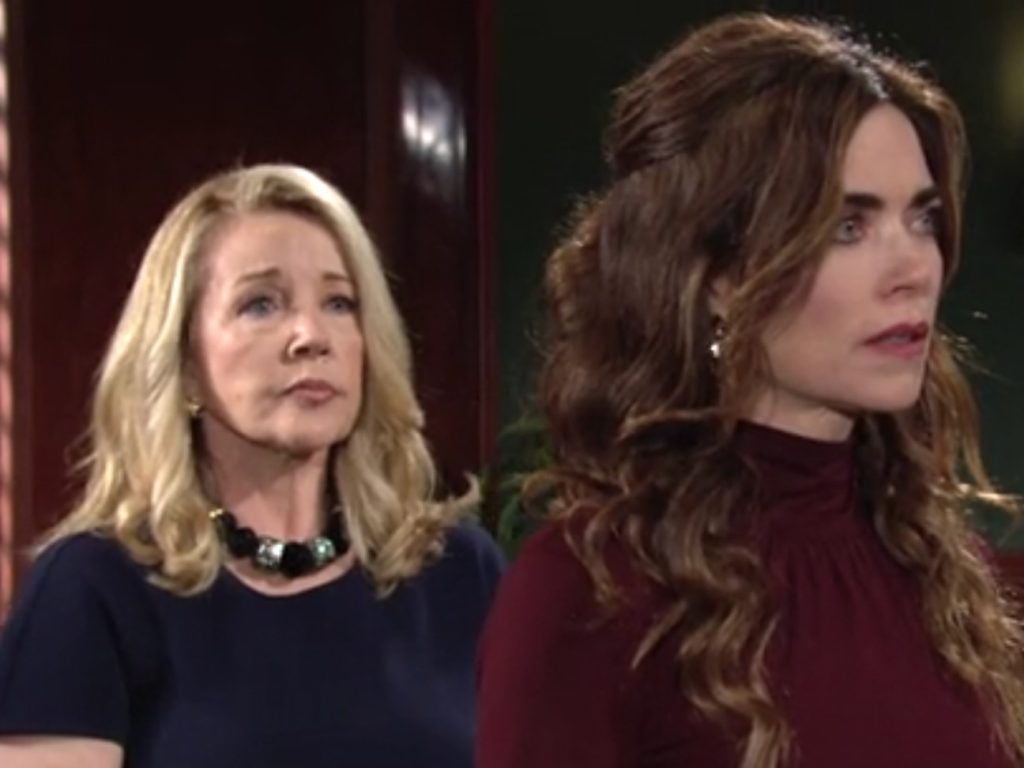 The Young And The Restless Spoilers For September 12, 2022: Victoria Worries For Nikki, Victor Lashes Out At Jack

The Young And The Restless spoilers for September 12, 2022, tease that Nikki will share her plan with Victoria. She will worry about Nikki. On the other end, Imani will convince Nate not to quit. This means she will have another wicked plan in action. Across the town, Victor will lash out at Jack for hiring Adam and scheming against Newman Enterprises. Keep reading to know what happens in Monday’s episode.

After getting his music festival pitch rejected, Nate will know that he has had enough. So, he will decide to quit his job. But will Imani let that happen? She is already scheming and creating friction between the cousins. So, she will not let Nate escape that easily. The Young And The Restless spoilers say that Imani will convince Nate to stay and not quit the job.

Looks like she will have some wicked plans in action. Nate is already facing so many issues, so things will get messier for him in the future. Possibilities are there that Nate might decide to do something bold, which will ultimately get him fired. Let’s wait and see what he has in his mind.

The Young And The Restless Spoilers: Victor Blasts At Jack

Over with Victor, he will want to make Jack realize his m istake. As for Victor, he will feel that hiring Adam for Jabot’s co-CEO position is like declaring war against Newman. The Young And The Restless spoilers say that Jack will defend himself and will tell Victor that he is wrong.

Jack will continue to explain his stand. When he saw his friend losing everything in life, he just wanted to help him. And, this job offer was to give Adam a fresh start in life. Whatever the case, Victor will not back off. Fans can expect Victor to threaten Jack with future business troubles.

Elsewhere, Nikki will inform Victoria of her plan. She will tell her about her Los Angeles visit to find dirt on Diane using Deacon. This will put Victoria in fear as she will worry about Nikki. Victoria knows that Deacon has caused so much pain to Nikki in the past. So, meeting him again will only mean that Nikki is revisiting her traumatic memories of the past. This will lead Victoria wondering if this is really the right way to choose.

Lastly, Y&R spoilers say that Nick and Sally will grow closer to each other. By next week, they both are going to hook up. How will Adam feel when he learns of Nick and Sally’s closeness? We will know that in the upcoming episodes. Looks like the storyline will get tangled even more with the crossovers. So, stay tuned and watch The Young And The Restless, it airs every weekday on CBS. For more updates and spoilers, visit our website, TV Season & Spoilers.