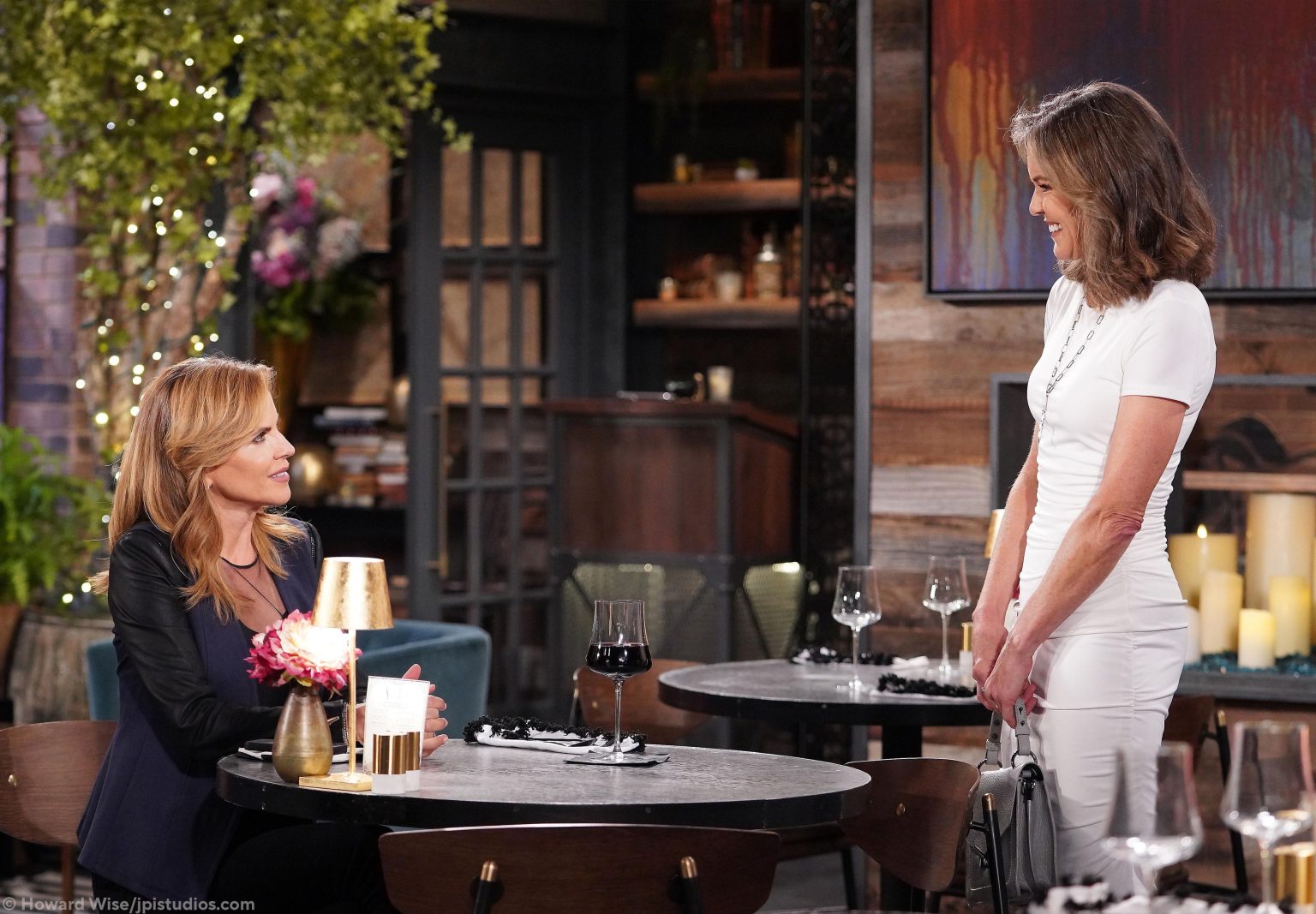 The Young And The Restless Spoilers For September 5, 2022: Diane Is EXPOSED, Kyle Hides Something From Summer

The Young And The Restless spoilers for September 5, 2022, reveal that Talia will finally expose Diane’s past through her juicy story. Meanwhile, Diane will mull over her thoughts on the story exposure but will get support from Jack. On the other end, Summer will know that Kyle is hiding something from her. So, she may confront him regarding that. Lastly, Diane will receive an anonymous text. Read further and find out what’s brewing in Genoa City.

On Monday, Talia will expose Diane’s shady past through her scandalous article. The Young And The Restless spoilers say that Kyle will worry about Diane’s feelings. He will know that Diane was trying to push away her past, but it has come back to her. Even though he has not yet completely forgiven her, he will pity her situation and wonder how she copes with it.

Over with Diane, she will approach Jack and whine about Talia. However, Jack’s words will rather hit her on the head. He will tell her that Talia’s story is indeed a truth bomb. Even though the truth tastes bitter, at the end of the day, it is Diane’s past. In addition, Jack will also comfort Diane. He will tell her that she can continue to prove she has changed.

With that, Diane will sense Jack’s sympathy toward her. She will take it in a way that she is getting a bit closer to Jack day by day. Whatever it is, we can not ignore the fact that Jack likes her company. Will this lead to both of them getting back together? Only time will tell.

The Young And The Restless Spoilers: Kyle Hides Something, Summer Lashes Out At Phyllis

After Diane’s exposure, Summer will confront Phyllis and Nikki

. The Young And The Restless spoilers say that Summer will lash out at Nikki and Phyllis. She will be furious with both of them for hiding the true intention behind recruiting Talia.

Since the day Phyllis joined the company, Summer and Kyle have been watching their steps. They were trying their best not to put Diane and Phyllis in one department. Their sole priority was to avoid any problems between Diane and Phyllis as it would directly affect the company’s function. But Phyllis and Nikki’s recent plan to expose Diane will upset Summer to a great extent. She clearly warned Phyllis not to get into any trouble with Diane.

Over with Kyle, he will plan a do-over wedding party for Summer. So, he will continue to hide it from Summer. Summer will be suspicious of Kyle. She will know that he is hiding some secrets from her. When she confronts him, he will simply try to use Diane’s exposure as an excuse.

Back with Diane, she will receive an anonymous text from someone. The messages will threaten her with more articles and will also remind her that she owes them. Y&R spoilers tease that the text will be sent from Los Angeles. Apparently, Diane will know it will be. Stay tuned and watch The Young And The Restless, which airs every weekday on CBS. For more updates and spoilers, visit our website, TV Season & Spoilers.