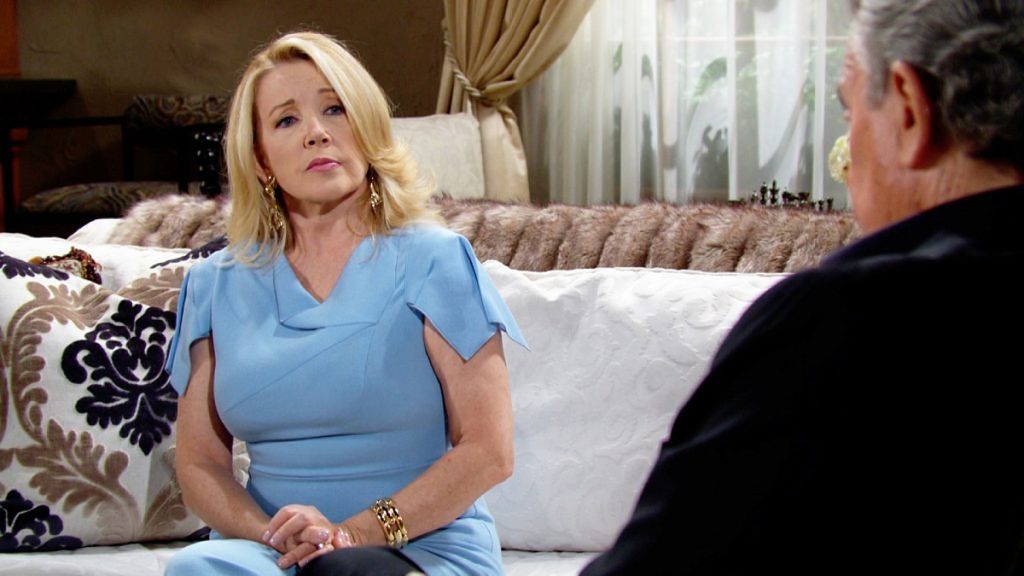 The Young And The Restless Spoilers For September 8, 2022: Adam Apologizes, Nikki’s Shocking Announcement

The Young And The Restless spoilers for September 8, 2022, reveal that Adam will apologize for his behavior. He understands that him lashing out wouldn’t help the situation he is already in. Further spoilers for September 8, 2022, hint that the Johnny re-cast will debut on Y&R, and Chelsea will get to spend some time with him. With Nikki, she will make a shocking announcement that will certainly shake things up. Elsewhere, Phyllis will confront Jack and will have some questions for him. Keep reading and see what is brewing in Genoa City.

On Thursday, Adam will admit that he was wrong and will want to apologize for his mistakes. We don’t know who he is apologizing to but it could either be Sally or Chelsea. He will ask for forgiveness. We know how he recently broke up with Sally. Things did not end on the best terms there. As for Chelsea, he recently had a conflict when she mentioned to make Connor and Johnny meet. Whoever it is, we will see it in today’s episode.

Over with Phyllis, she will confront Jack. In yesterday’s episode, we saw Billy confronting Jack. And now, it is Phyllis. They both will have an argument. However, we don’t know what issue they are arguing. But it surely will either be about hiring Adam or some Diane-related issues.

The Young And The Restless Spoilers: Nikki’s Shocking Announcement

Further on The Young And The Restless, Nikki will gather everyone in the family. She will have a big announcement to make in front of everyone. Possibilities are there that Nikki might step down from her co-CEO position in Newman Enterprise. Who will take her place then?

There is speculation that Victor might promote Victor to be the new CO-CEO of Newman Enterprise. Since the day Nick joined his family business, Victor has been quite impressed with his work. So, will Victor promote Nick if Nikki steps down? We will know that. Whatever it is, Nikki’s announcement will bring more shockers and will certainly shake things up real soon.

Further, The Young And The Restless spoilers for September 8, 2022, say that Chelsea and Billy will have a conversation. They will bond over the judgmental people in their lives. As far as Billy is concerned, he will help Chelsea to move forward in her life. No doubt, Billy spending more time with Chelsea will surely piss Lily off soon.

Next, Paxton Mishkind will debut as Johnny in today’s Y&R ep isode. Once Johnny is on-screen, Chelsea will hope that she can tell him that she is his biological mother and that Connor is his half-brother. However, Billy will comfort her and remind them that the day will come soon. Fans know that Victoria has asked Chelsea not to tell Johnny the truth. She did understand that Johnny is already struggling with Ashland’s loss.

With this bio mother bombshell, she will not want to add on to his misery. However, there are some hints that Chelsea will blurt out this information in the coming days. So, let’s see what Y&R offers viewers in the upcoming episodes. Watch The Young And The Restless, which airs every weekdays on CBS. For more updates and spoilers, visit our website, TV Season & Spoilers.