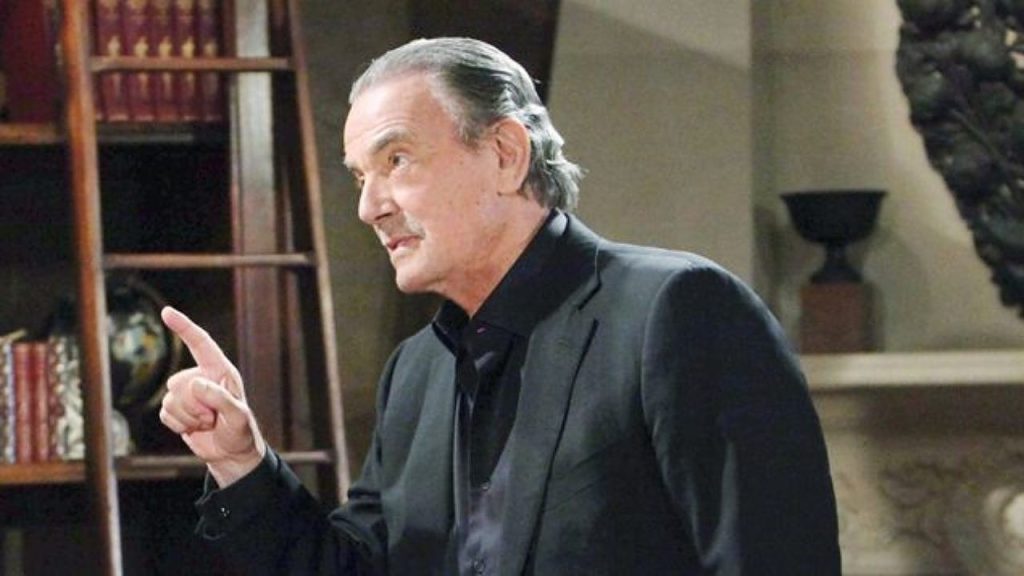 The Young And The Restless Spoilers For Next Two Weeks (September 5-16, 2022): Victor Is FURIOUS, Sally And Nick Come Closer

The Young And The Restless spoilers for the next two weeks from September 5-16, 2022, reveal that Jack will advise Diane after Talia exposes her past through her story. Then, Victor lashes out at Adam for joining the enemy’s company- Jabot. Over with Lily, she will be curious to know about the bond that Billy and Chelsea share. Elsewhere, Nate will decide to quit the job. Across the town, Lauren will block Tessa’s fashion photoshoot.

During the week of September 12-16, 2022, Sally and Nick will grow closer. Over with Imani, she will continue to manipulate Nate. Lastly, Victor and Jack will get into a heated argument. Let’s read further to know what uncovers in Y&R.

The Young And The Restless Spoilers For The Week Of September 5-9, 2022: Jack’s Leadership Skills Are Questioned

Firstly, as more people come to know that Adam is joining Jabot, they will be upset. The Young And The Restless spoilers say that Phyllis will approach Jack. She will push him to know why he hired Adam. Phyllis clearly dislikes Adam, so she will think about what Jack is up to.

Elsewhere, Billy and Lily will have a chat. Lily will want to know what kind of bond Billy shares with Chelsea. To this, Billy will realize that Lily has not yet moved on from the kiss. However, he will clear the air and will assure her that Chelsea knows that he is committed. As for Chelsea, she will be upset. Abby will ask Chance to go and advise Chelsea in order to ease her pain.

Moreover, this week, Paxton Mishkind will also make his debut as Johnny Abbott. So, Billy will agree to Chelsea’s playdate pl an for Johnny and Connor. Later, Billy will also approach Jack. He will be furious to know that Adam will take over the role of co-CEO. Ultimately, this will lead to people start questioning Jack’s leadership skills.

The Young And The Restless Spoilers: Nate Decides To Quit; Tessa’s Photoshoot Fails

Over with Nate, he will continue to believe Imani. The Young And The Restless spoilers for the week of September 5, 2022, say that Nate will make music festival arrangements without informing Devon. Later, when Nate is asked to pitch his idea, Lily will block it. However, he will decide to quit but will still have second thoughts. Later, he might just give up on the idea and focus on his career.

Elsewhere, Mariah and Tessa will also consider their future as their adoption plan is taking longer than expected. Not only that, Tessa will become Marchetti’s model. She will be up for her first photoshoot, which will fail. Later, Lauren will pass this update to Kyle. She will tell them that Tessa’s heart is still in singing. So, Mariah and Kyle will give a little pep talk to Tessa soon. Speaking of Kyle, he will continue to hide a surprise from Summer. However, she knows her husband like the back of her hand. She will know that he is hiding something from her.

Not only that, Jack will also give one to Diane. Now that Talia has exposed Diane’s past. She will complain it to Jack. To this, Jack will remind her that it indeed is her past, and the truth will always be bitter. At the same time, he will comfort her by asking her to prove that she has changed. To this, Diane will take it on a positive note and will sense a small win.

Further on The Young And The Restless, Victor will lash out at Adam for joining Jabot. Adam clearly knows that they are enemies, and still, he joined them. Later, Nikki will make a shocking announcement. Will she step down from the Co-CEO position? We will know that.

Moreover, Victor will continue to pressurize Nick to fire Sally. Victor will also have an offer for Adam. Possibilities are there that Adam will surrender to Victor and will spill out all his revenge plans. He will do this just to make it clear that he is in no mood for revenge anymore.

Afterward, Adam will also want to apologize to Sally. Over with Sally, she will also mull over Adam and her recent happenings. However, Chloe will warn her not to get back with Adam. Will he be able to forgiveness from Sally? We will know that in the upcoming week.

The Young And The Restless Spoilers For The Week September 12-16, 2022: Sally-Nick Come Closer, Victor-Jack’s Argument

By next week, Adam will receive the forgiveness from Sally. Even though she forgives her, it doesn’t mean she has forgotten all her past struggles. Whatever it is, Y&R spoilers say that Sally and Nick will grow closer to each other. Possibilities are there that they will feel the sparks, and a new romance might start in Genoa City.

Over with Imani, she will continue to trick Nate. She will tell him that Devon is not ready to accept his work and value. Ultimately causing more issues among the cousins. However, Elena will know what Imani is up to.

Finally, Victor and Jack will have a heated argument. Victor will lash out at Jack for tempting Adam to join the enemy company. Things will get escalated soon. Stay tuned and watch The Young And The Beautiful, which airs every weekdays on ABC. For more information on updates and spoilers, visit our website, TV Season & Spoilers.