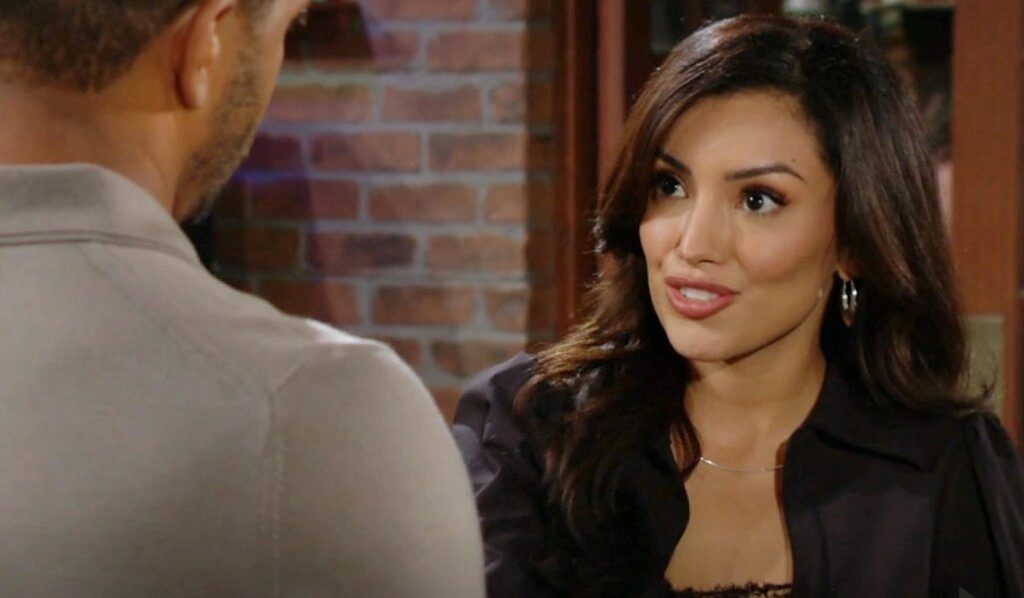 The Young And The Restless Spoilers For The Week of January 23-27, 2023: Nick’s Baby Dilemma, Elena Suspects Audra’s Move

The Young And The Restless spoilers for the week of January 23-27, 2023, reveal that Nick will face a baby dilemma along with Sally in the upcoming days. They both will wonder who might be the father of her unborn. Over with Victor, he and Kyle will make some really wicked plans to kick Adam out of Jabot. Elsewhere, Elena will suspect Audra and will know that she is up to something. What is Audra thinking of doing? Let’s read further to know what Y&R has in store for the viewers.

Next week, Victor will seek some help from Jill. The Young And The Restless spoilers reveal that Victor will now approach Jill with a business pitch. He has already teamed up with Kyle, and both are working to kick out Adam from Jabot. But that won’t be enough, given how stubborn Adam is, so Victor will know just how to tempt him into joining Newman Media.

Looks like Victor will want to buy a small portion of Chancellor-Winter’s project, which might be Daniel’s gaming platform. Once Victor buys it, he will lure Adam to join that project which technically will be under Newman Media. Without him knowing exactly what is going on, Adam will be working under Victor again. The question is: Will Jill agree to let Victor buy that project?

Speaking of Kyle, he will have a serious argument with Summer. He will feel like she is not trying to understand his mother’s dilemma. However, Summer will think Kyle is the one who is not understanding Diane’s manipulative moves, and it is affecting the family. Fans know that Summer is indeed correct this time. Kyle is actually prioritizing Diane over Summer.

The Young And The Restless Spoilers: Nick’s Baby Dilemma

Further, in The Young And The Restless, Nick will continue to mull over if he is the baby’s father. The spoilers say both Sally and Nick will fret over their future. If Nick is the father, then it won’t be any problem for Sally and him. However, if Adam is the father, then their peaceful life will get messed up. Until now, neither Sally nor Nick knew who the father is. So, a possible DNA test might happen soon.

At Newman Media, Nate has already hired Audra as the COO of the company, but Elena will continue to suspect her. She will feel like Audra is definitely up to something, which might also put Nate in danger. She will be absolutely right with her guess since that is what Audra will be trying to do. She has already flirted with Nate for more than one time. Her goal will be to get his position and become the CEO of the company.

Finally, the show will honor Tracey E. Bregman for her 40th anniversary of playing Lauren in the show. So, there will be an award ceremony where she will be awarded. This will air on January 25, 2023. Do not forget to watch this special show. The Young And The Restless airs every weekday on CBS. For more updates and spoilers, visit our website, TV Season & Spoilers.