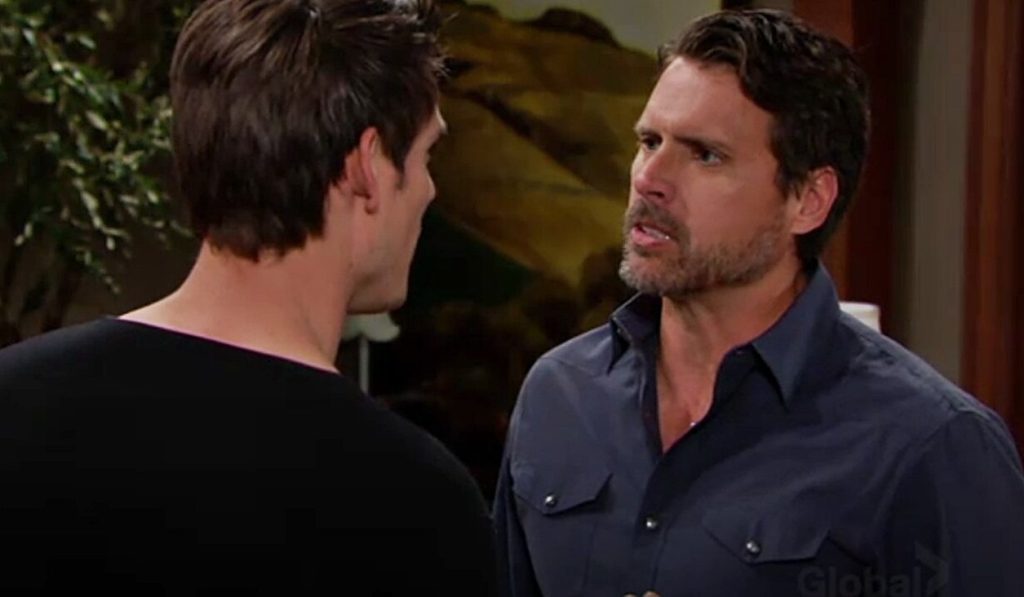 The Young And The Restless Spoilers For The Week Of November 14-18, 2022: Adam-Nick’s Clash, Tucker’s Sinister Plan

The Young And The Restless spoilers for the week of November 14-18, 2022, reveal that Adam and Nick will again clash over their love for Sally. As for Sally, she will decide to be with Nick. Next, Tucker will admit to Audra about his wicked plan. Looks like Tucker has come up with a solid takeover plan that will shake things up in Genoa City. Keep reading to know what is Tucker’s ultimate plan of destruction.

Tucker Shares About His Wicked Plan With Audra

After Tucker’s dramatic entry, everyone knew that he wouldn’t come suddenly to the town without a motive. Among them, Victor was pretty sure about that. Looks like he was on point! The Young And The Restless spoilers for November 14-18, 2022, say Tucker will share his ultimate plan with Audra. We know that Audra is secretly working for Tucker.

According to Tucker, he wants to turn the sister against her brother. Given how he wants to take over Chancellor-Winters and Jabot, he is left with two options. First, he can work to make Devon flip against Lily and then make Ashley go against Jack. Since Devon is Tucker’s biological child, he will make use of that relationship. As for Ashley, he is already trying to trap her in his love. If Tucker succeeds in his plan, Genoa City will witness a huge business drama. There is a high possibility that Tucker will then attack Newman Media. Whatever it is, things are to get really messed up in a town in the upcoming weeks.

Speaking of Devon, Chance and Amanda just witnessed Abby and Devon kissing each other. So, they will now have to respond to their questions. However, when Amanda confronts Devon, he will come clean about his honest feelings. He will admit his attraction towards Abby and how he struggled mentally and physically in this long-distance relationship. Abby will also make some painful confessions to Chance. She will admit that her and Chance’s relationship makes no sense. Both couples’ relationship is going downhill now.

The Young And The Restless Spoilers: Nick-Adam Clash Over Sally

Even after trying his best, Sally will again reject Adam. The Young and The Restless spoilers for November 14-18, 2022, reveal that Adam will fume in rage with Nick. Technically, he and Victoria were the ones who asked Adam to break up with Sally. And now, the same person is getting into a relationship with Sally. Of course, it will blow off Adam’s mind.

Speaking of Nick, his next move will piss off Adam really badly. Looks like Nick would like to agree on a truce and make some peace, just like Victoria. However, Adam will just blast at Nick for being inconsiderate. So, both the Newman brothers will continue to bicker over their same love interest. Elsewhere, Nate will also start his new job as CEO. So, it will be interesting to see how Nate performs in his job. Since Devon never really liked Nate’s ideas, this job will also give viewers a chance to see the reality. Stay tuned and watch The Young And The Restless, it airs every weekday on CBS. For more updates and spoilers, visit our website, TV Season & Spoilers.