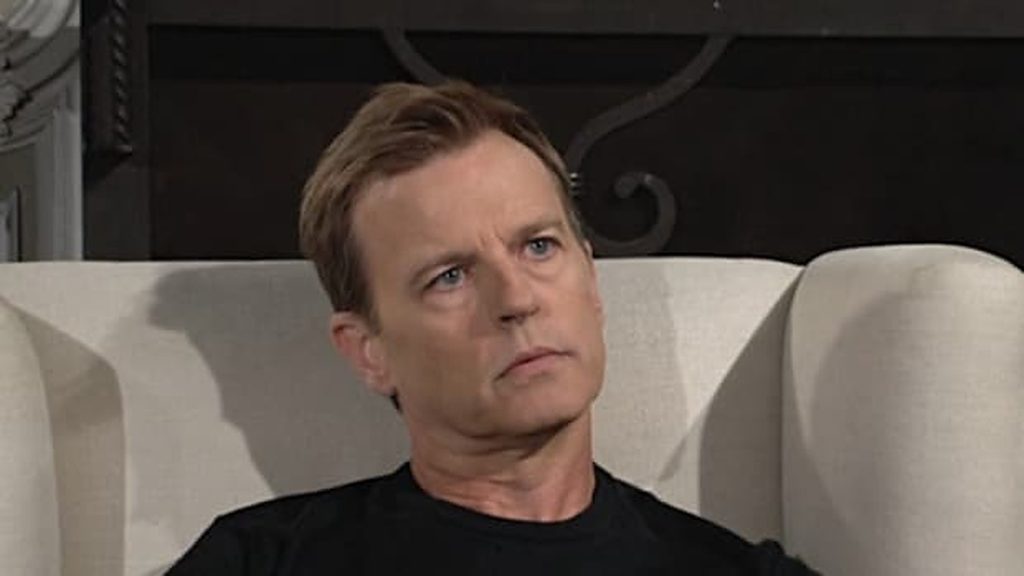 The Young And The Restless Spoilers For The Next Two Weeks (November 7-18, 2022): Abby-Devon Kiss, Tucker’s Plan REVEALED!

The Young And The Restless spoilers for the next two weeks from November 7, 2022, reveal that Abby and Devon will kiss each other. Amanda will witness their kiss and confront Devon about his feelings. Devon’s confession is going to shake things up in the aftermath. On the other end, Jack will struggle with his feelings about whether to believe Diane again or not.

During the week of November 14-18, 2022, Tucker will reveal his ultimate plan with Ashley. In reality, Tucker wants to get the entire control over Chancellor-Winters and Jabot. And for that, he will need to manipulate Ashley. Elsewhere, Nick will try to make peace between himself and Adam. But Adam will think otherwise. What will Adam do now? Keep reading to see what happens further in the soap.

The Young And The Restless Spoilers For The Week Of November 7-11, 2022: Jill Warns Billy

If anyone supports Billy and Lily’s relationship with whole heart, it has to be Jill. The Young And The Restless spoilers tease that Jill will deliver a warning to Billy. She won’t like how Billy is focusing on Chelsea. Even though Chelsea needs help, she won’t understand why Billy has moved in with her. Whenever Billy’s exes are in need, he has always been there to help them. But when Lily is in need, he is backing off and stays with Chelsea. Above all, Billy has left his COO job and in itself has disappointed Lily to a great extent. Now, if Billy starts spending more time with Chelsea, Lily will lose hope. That’s why Jill will deliver a warning and tell Billy not to leave Lily.

Elsewhere, Noah will have a chat with Audra. He will make it clear to her that he has Allie in life. However, Audra won’t be done with Noah. Other The Young and the Restless spoilers hint that Audra will find ways to get closer to Noah. So, we have to wait to see how Audra will interfere in Noah and Allie’s relationship. Over with Tucker, he will also have an interesting plan which will spill all the beans and drive Diane out of the town. Since that is what Ashley wants, he will be ready to fill her with Diane-dirt. Maybe, this might be his trick to bring Ashley close to him.

Audra Confronts Devon With His Feelings For Abby

Devon and Abby will have a chat at Devon’s apartment. Since she is very disappointed with Chance, she will rant about him and how he is not giving time to his family. The Young And The Restless spoilers suggests Devon will call out how stupid Chance is for not spending time with his family. He will also say that if Devon had a family like that, he would try to give everything to them. This emotional speech will end with Abby melting in his arms, and both will kiss.

However, just that time, Amanda will come home to surprise Devon, but, will witness a shocker. She will be devastated when she sees Devon and Abby kissing. When she confronts him, he will admit that he has feelings for Abby. So, it will completely put off Amanda. Elsewhere, Nate will sort things out with Elena. Elena will be willing to give Nate another chance, but the situation might get a little rougher when she learns about Nate’s CEO job. Whatever it is, they both will decide to give their relationship another try.

Elsewhere, Jack will battle his feelings for Diane and wonder whether he should believe her. After what all she confessed, Jack won’t want to hurt himself or Kyle again by trusting her. So, Both Kyle and Jack will wonder whether to forgive Diane or not. Other The Young And The Restless spoilers say Kyle will remember how Diane has taken care of Harrison. So, he will eventually decide to forgive her. Later, Jack will become a matchmaker and ask Adam to show his love to Sally. However, Adam’s try will go waste since Sally will ultimately choose Nick over Adam. So, the love triangle will finally get closure, at least from Sally’s side.

The Young And The Restless Spoilers For The Week Of November 14-18, 2022: Tucker’s Ultimate Plan Revealed

Next week, starting Novemberr 14-18, 2022, Tucker will reveal his ultimate plan. The Young And The Restless spoilers show that Tucker’s goal will be to take full control over Chancellor-Winters and Jabot. He will include putting Ashley on the Jabot throne as part of his takeover plan. For that, he will need to manipulate Ashley against her own family. Looks like Tucker wants to ruin the family bond and then use it to his advantage. Will Ashley let all this happen, or will everyone start targeting Tucker? Whatever it is, Jack will be absolutely right in his suspicion of Tucker.

Elsewhere, Nick will try to sort things out with Adam. Just like how Victoria agreed on a truce, now Nick will also want to be at peace with Adam. However, Adam will have an emotional burst when Nick approached him. Since Sally has decided to choose Nick, Adam will be pissed off with the entire situation.

Finally, Abby will have some major confessions for Chance. She will come clean about her feelings for Devon and the kiss they shared in his apartment. So, Chance will now have to decide whether he wants to continue his relationship with Abby or not. Stay tuned, as Y&R will air more emotional-packed episodes in the future. The Young And The Restless airs every weekday on CBS. For more updates and spoilers, visit our website, TV Season & Spoilers.