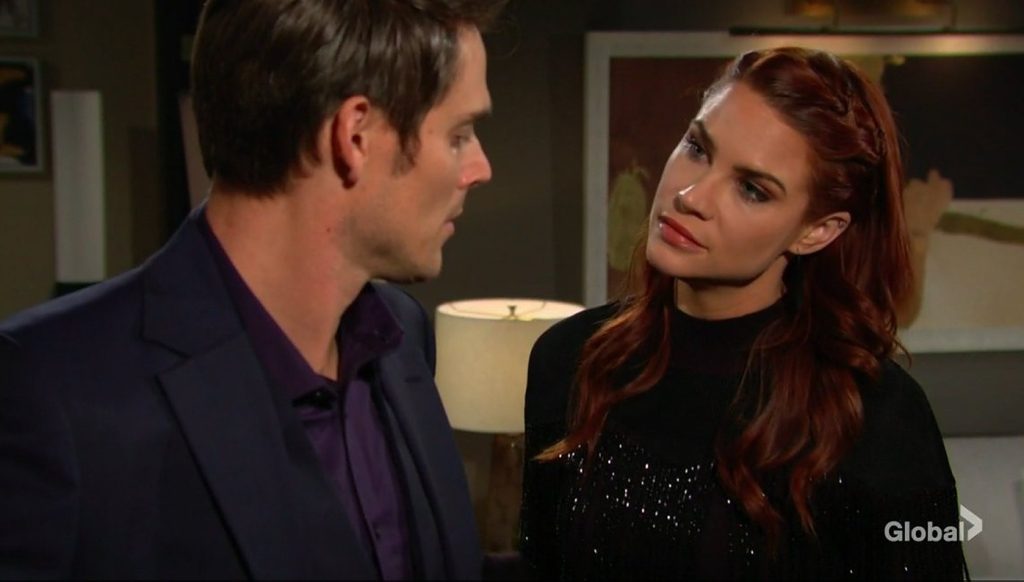 The Young And The Restless Spoilers For The Week Of October 17-21, 2022: Sally Makes A Major Decision, A New Mystery Man’s Entry

The Young And The Restless spoilers for the week of October 17-21, 2022, tease that Sally will make a final decision regarding Adam and his plea for a reunion. Elsewhere, Nikki will summon another mysterious person in Genoa City. Who could this be? Keep reading to know what is brewing in Genoa City in the next week.

After Adam tricks Sally into a dine-out with him, she will be willing to listen to him. But Nick will land just in the right time to derail that meetup. Anyhow, Sally will know what she needs to do with the whole Adam-related drama. The Young And The Restless spoilers suggest that Sally will decide to move on from Adam. Even if she has to ignore him whenever they cross paths, she will do that as well. At any cost, Sally doesn’t want to go back with Adam, due to which she faced so much pain.

Elsewhere, Sharon will get updates on Nick and Sally’s romance. So, she will approach Nick to give him advice even if he doesn’t want to take it. Sharon knows that Sally is going through a tough time getting over Adam. So, she won’t want Nick to get into that and get his heart broken. Perhaps Sharon will ask Nick to be careful and try not to get too into the relationship. She will suggest them to take it slow. By doing this, both Sally and Nick will be able to realize their true feelings for each other.

Over with Summer, she will also notice Sally and Nick spent a lot of time outside the workplace. Of course, Summer will be worried for her father and will confront Sally for an explanation. Summer also knows Sally is trying to move on from Adam. However, she won’t want her father to be a scapegoat in all that emotional chaos.

The Young And The Restless Spoilers: Victoria-Nate’s New Plan

Next, Victoria and Nate will strike a deal. Now that Nate has confessed their strategy to Lily and Devon, they will want to come up with something else. Looks like Victoria will want to give a reward to Nate even though he messed up. The Young And The Restless spoilers claim that Victoria will have a new job offer for him. So, it will be interesting to see if he accepts it or not. Elsewhere, Devon and Lily will also be handling a crisis just before Jill returns home to see what has happened.

Back with Adam, he and Chelsea will pause their argument for some time and enjoy a nice family time. Even though Connor is still angry with Chelsea for being Johnny’s bio mom, Y&R will show a good family bond next week. So, stay tuned for that.

Diane’s Dirt To Come To Surface?

Further, in The Young And The Restless, Jack will continue to suspect that Diane is hiding something big from him. So, he will approach Tucker for an intense grilling session. Jack knows that Tucker shares a history with Diane. So, he will want to know if they are still connected to each other. Well, it’s not just him who wants to know but Phyllis and Nikki as well.

Speaking of Nikki and Phyllis, they have a hunch that Diane and Tucker are still connected, but they don’t have solid evidence to prove it. Owing to that, they have assigned Ashley to get information out of Tucker. Since he wants to get back with Ashley, this will be the right opportunity to find dirt on Diane. Later, when Nikki confronts Tucker, a new person will arrive in town. A person named Jeremy Stark was linked with Diane many years back. So, it is given that he might also be linked to Tucker.

However, looks like Nikki was the one who summoned him for help. With the pace Nikki is going, it won’t be very long before she exposes Diane right in front of the entire family. Diane’s wall of lies is going to crumble down. Stay tuned and watch The Young And The Restless, it airs every weekday on CBS. For more updates and spoilers, visit our website, TV Season & Spoilers.