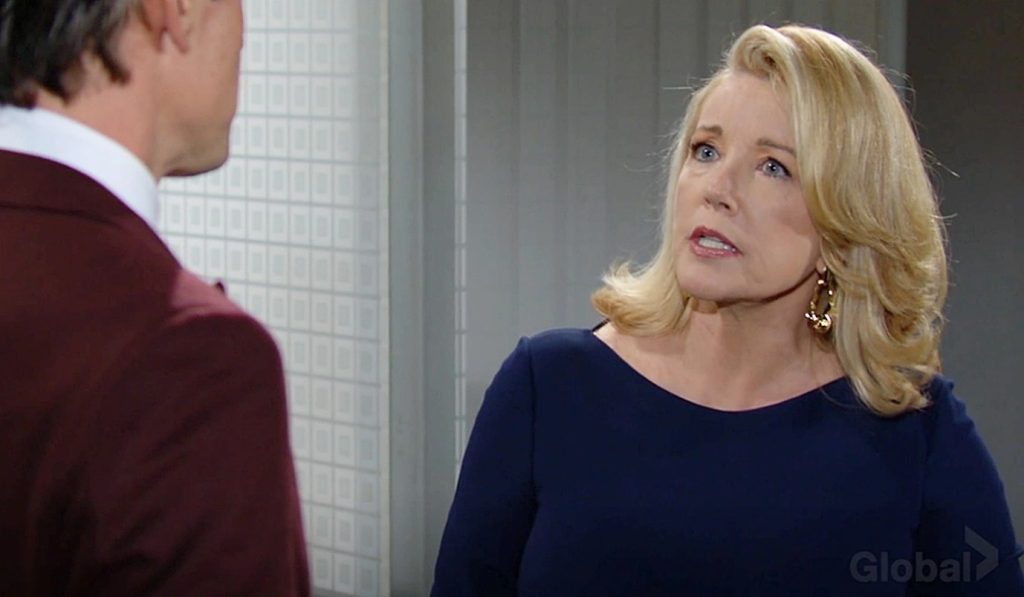 The Young And The Restless Spoilers For The Week Of October 24-28, 2022: Nikki Warns Nick, Adam Gets Closer To Chelsea

The Young And The Restless spoilers for the week of October 24-28, 2022, tease that Nikki will give a reality check to Nick. She will show how much mess he has created by sleeping with Sally. Elsewhere, Abby will lean on Devon when she faces some problems with Chance. Next, Victoria and Adam will agree on a truce. But, will they really stop bickering with each other? Elsewhere, Chelsea will have a major setback. What could it be? Keep reading to see what is brewing in Genoa City in the upcoming week.

Next week, starting October 24, 2022, Chelsea will find herself in major trouble. So, Adam will come to rescue her. The Young and the Restless preview video already showed how Adam reached Chelsea’s hotel suite and asked if she was okay. Further, The Young And The Restless spoilers for the forthcoming week claim that Adam will be worried about Chelsea, so he will want to be to there with her. Looks like Victoria will put some boundaries between Chelsea and Johnny. So, that might be the reason why Chelsea is having trouble. Anyways, later Billy will also come to help her out.

Speaking of Billy, he will go too far with Lily. Looks like Billy might say something which will hurt Lily badly and eventually ruin their relationship. Does this mean a possible breakup is soon to come? We will know that. Keeping that apart, Lily and Tucker will sort out things on their business front. Looks like the business battle will soon get heated up in Genoa City. So, Tucker will come up with an idea and discuss it with Lily.

In the meantime, Jack will have some confessions to make to Ashley. He will come clean about his feelings for Diane. Even though Diane has a shady past, Jack will be willing to accept her in his life. Ashley will surely be taken aback. Well, it is Ashley, Nikki, and Phyllis trying to take down Diane. And here, Jack is willing to accept Diane. Will this sabotage the ultimate plan? What will happen if Diane is exposed and Jack still understands her? This won’t be something Phyllis will be expecting for the efforts she is putting to take down Diane.

The Young And The Restless Spoilers: Nikki Gives A Reality Check To Nick; Abby Leans On Chance

Next, Nikki will like to give a reality check to Nick. She will remind him of how much he has created a mess by sleeping with Sally. Later, Victoria and Adam will agree to a truce. However, fans might know how these Newman siblings are, so there won’t be any guarantee that Adam and Victoria will really maintain the truce or not.

. So, this might be one of those attempts where Victoria makes excuses to fire Sally.

Elsewhere, Nikki will lose her temper when Diane takedown mission takes more time than they expected. So, Phyllis will reassure Nikki that Diane is on the tipping edge and will soon be exposed. Over with Abby, she will also be pissed off when Chance will again prioritizes his work over family. The spoilers claim that Abby will lean on Devon. Since Devon is also facing some love life issues, he will also open up about Amanda to her. The Young And The Restless airs every weekday on CBS. For more updates and spoilers, visit our website, TV Season & Spoilers.