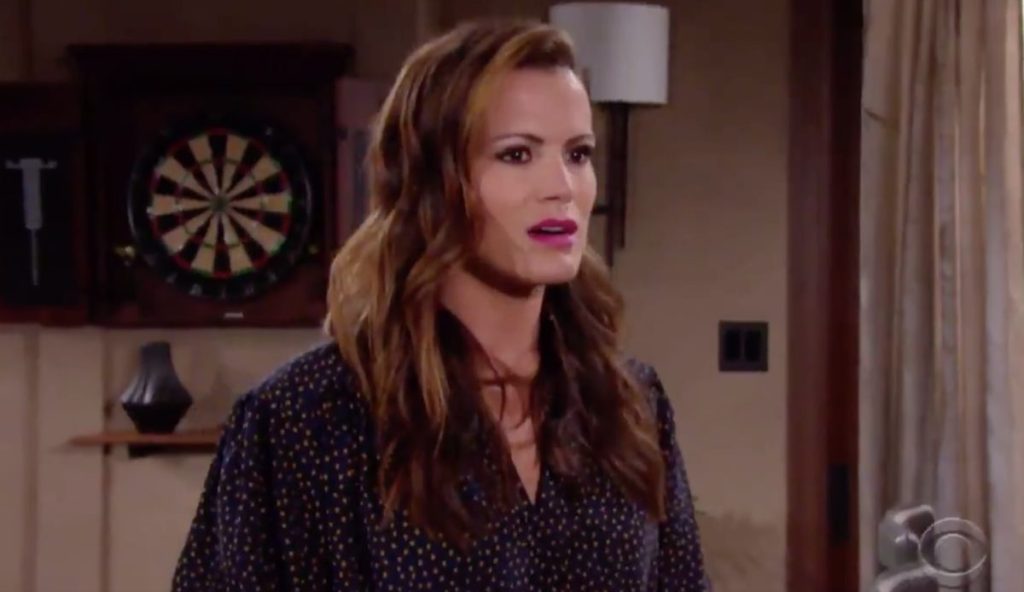 The Young And The Restless Spoilers For The Week Of October 3-7, 2022: Devon Welcomes Tucker, Nick’s Romantic Surprise

The Young And The Restless spoilers for the week of October 3-7, 2022, tease that Tucker’s debut in Y&R is going to piss many Abbotts and Newmans. As things are shaken, chaos will soon come knocking in Genoa City. Over with Chelsea, once Billy asks her to be patient, she will plan a sneaky move. One that allows her to be closer to Johnny. Across the town, Nick will have some romantic surprises for Sally. Let’s read further and find out what is brewing in Genoa City.

Tucker’s Entry Into Y&R Aggravates Others

Long-time Y&R viewers know that Tucker shares a long history with many Abbotts and Newmans. Certainly not good memories, to be specific! So, once Tucker comes to Genoa City, it surely is going to irk many of them. The Young And The Restless spoilers claim that Victor will wonder what his old rival is doing in the town.

Spoilers say that Abby will have a shocking run-in with Tucker, it will leave him on edge. Abby and Ashley have faced a lot because of Tucker in the past. So, it certainly won’t bring back good memories! Tucker’s entry into GC will set the stage for Abby and Chance’s bickering. Looks like Chance might even start planning to take revenge on this man. Whatever the case, The Young And The Restless spoilers have confirmed that Chance and Abby will get in some conflicts because of Tucker.

At the Chancellor-Winters, Devon will hire Tucker in his company and introduce him to everyone. One might think what connection Devon has with Tucker. Well, Tucker is none other than Devon’s biological father. Now that Tucker is starting to settle down in the city, it is pretty sure that he has some wicked plans in action.

Further, on The Young And The Restless, Chelsea and Adam will have conflicts regarding different parenting styles. Later, Billy will console Chelsea. Billy will want to help Chelsea bond with Johnny. But for that, he will ask her to be patient. Something which is not in Chelsea’s dictionary, especially since Johnny has rejected her.

Other The Young and the Restless spoilers claim that Chelsea will be tired of not doing anything, so she will make a sneaky plan. Looks like she will either tell Connor to influence Johnny or will just approach Johnny again by herself. Once she does that behind Victoria’s back, she will be furious. Speaking of Victoria, she will continue to strategize with Nate.

Next, Nick will have a romantic surprise for someone. And that will be none other than Sally. Previously we saw how these two discussed whether to remain hook-up partners or to move forward and get together. With recent efforts, it is clear that Nick will be making efforts to impress Sally. She will acknowledge his intentions and will grow closer to him.

As we move ahead in the week of October 3, 2022, Nikki will get busted plotting against Diane with Phyllis. Of course, it won’t stop her from moving forward with the plan. After so many troubles she went through to get dirt on Diane, she won’t let her efforts go down the drain. Deacon already gave her excruciating evidence. In addition to that, she will get some more proof to expose Diane’s façade.

Now that Tucker and Diane’s partnership is also starting to crumble, it won’t be a surprise if he provides Nikki will take his side of the story about Diane. Nikki has, no doubt, gained the upper hand in all this Diane-take-down mission. Now it’s just a matter of time before she exposes herself. Over with Jack, he will also be blasting on Diane for having some connections with Tucker.

Finally, Noah’s past will also come back to haunt him. Well, it’s not just Diane who is in trouble, but Noah too. Not because of Tucker but because of Audra Charles. Turns out that Audra is Noah’s former flame. So when his former love interest comes back in town, will it cause trouble for Noah and Allie’s relationship? We will know that. Stay tuned and watch The Young And The Restless, it sirs every weekday on CBS. For more updates and spoilers, visit our website, TV Season & Spoilers.