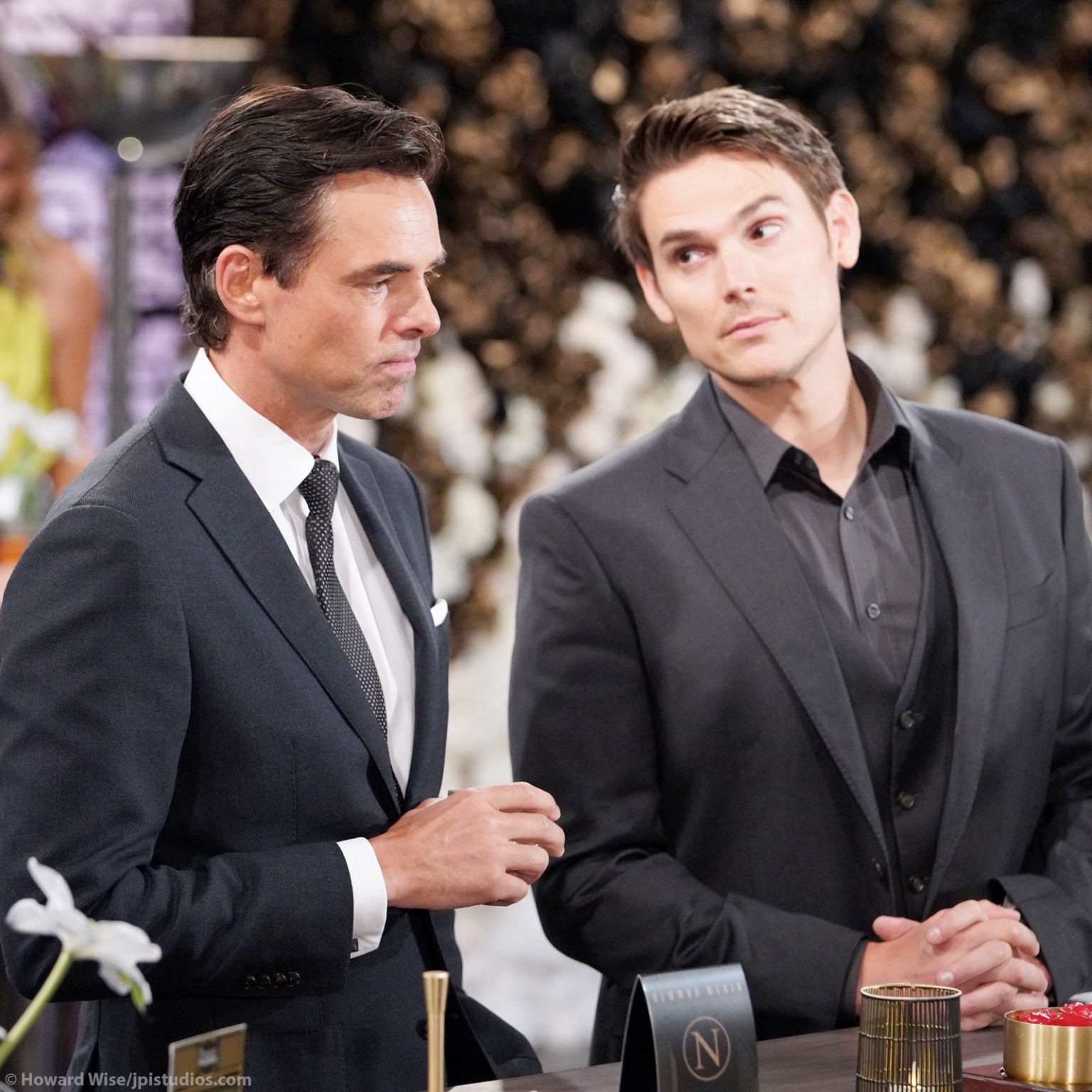 The Young and the Restless spoilers for Tuesday (December 14, 2021) is out, and it reveals that the upcoming episode of the soap will see a lot of drama. Billy will continue trying to trap Adam and Victor in his plan. Then, Chelsea will return, and she will stir the pot too. Finally, Nate will have a proposition for Elena that will leave her shocked. Y&R viewers will also get to see Lily and Chloe as they bond in the upcoming week. What would they bond on? Here is everything to know.

Starting off the episode will be Billy, who will continue to work to lay the groundwork to trap Adam and Victor. As Tvseasonsandspoilers had previously reported, He is trying to sell the idea that he is drunken and a depressed mess. It looks like this plan is working like a charm. Unfortunately, Adam and Victor have believed Billy, and they are thinking of taking advantage of all of this. Keeping all of this in mind, Victor and Adam will come together and make some plans. However, what they won’t realize is, Billy is playing with them.

The Young and the Restless spoilers suggest that Billy will also start preparing for the next phase of his plan, but Lily will want to make sure that Billy is ready for the challenge. She will not want Billy to spiral out of control, but Billy will be feeling in charge. More related spoilers suggest that Lily will ask Billy to do her a favor and be careful. He will promise her that he has everything in control. Y&R viewers know that Billy is a risk-taker. So, he might be ready to take a gamble, but Lily will continue to be worried. On the other hand, Adam and Victor will continue getting fooled by Billy.

The Young and the Restless: Chelsea Returns and Brings Drama

More The Young and the Restless spoilers suggest that the Billy drama won’t be all that Victor and Adam will have to deal with. Instead, they will have to deal with some drama at the Newman Ranch. Chelsea will return to the property, and she will stir the pot. As per the spoilers for Tuesday (December 14, 2021), Chelsea will catch up with Nikki Newman. However, Adam will still have to think if she truly is a changed woman or is it all just a hoax.

As for Chelsea, she will have a goal in mind. This will be to reunite with Adam. The Young and the Restless spoilers hint that She will play it cool and try to manipulate things slowly. But she will still be hopeful that she can reunite with Adam.

On the other end of the town, Elena Dawson will be shocked after she gets a proposal. Nate Hasting will propose that they should move in. So, she will have to think if that is something that she really wants to do? Elena’s heart will want to do it, but her mind might not be okay with it. Nate is Elena’s boss. So, if she moves in with him, things might get complicated. The Young and the Restless spoilers suggest that Elena will have to make some decisions and learn to get past all of this if she really wants a relationship with Nate.

The Young and the Restless: Lily and Chloe Bond

Rounding off the spoilers for Tuesday, December 14, 2021, are Lily and Chloe, who will run into each other. While these women aren’t usually on the same page, this time, they will bond on something. We don’t know if this has something to do with Billy or something else. But we will have to wait to see. It is possible that Lily might talk to Billy’s ex and discuss how difficult it is to be supportive of Billy without giving his bad habits a greenlight. Whatever it might be, we know that these women will bond.

The Tuesday episode of The Young and the Restless is indeed bringing some interesting storylines. So, make sure you tune in and enjoy. The soap opera airs on CBS all weekdays. In the meantime, Tvseasonspoilers.com will keep you updated with all the news about the soap. So, keep an eye on this space.