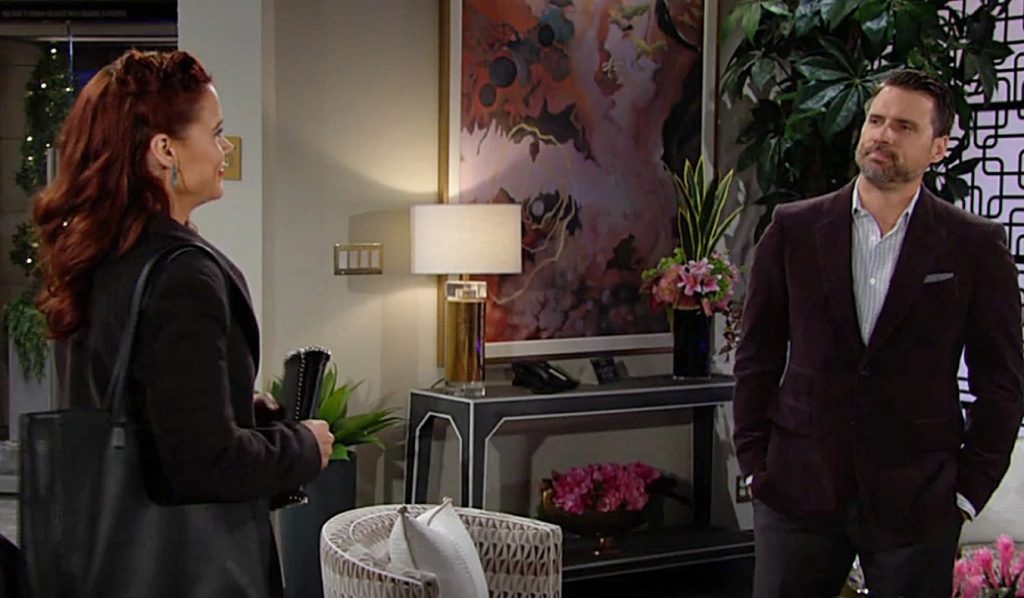 The Young And The Restless Spoilers: Nick And Sally to Come Close? Adam Loses Big Time

The Young And The Restless spoilers tease a possible Nick and Sally angle. Sally tried her best to prove her love for Adam. She was even ready to give up her CEO position to show Adam how much she loves him. Sally did warn Adam that he might regret it later. The speculations are that Nick and Sally might come close to each other by this week. Does this mean Adam is about to lose big time to his brother? Keep reading to know what unfolds in Sally Spectra’s storyline.

Yes, fans know that Adam has promised not to interfere in Sally’s life. He sacrificed everything just to keep her position in Newman Media safe. He did all this because he loves Sally. However, his situation demanded him to separate himself from her.

In order to do that, he pushed Sally whenever she approached him. He used harsh words in order to make Sally hate him. Once, when Sally was telling him that they both are made for each other, he lashed out at her. He said that Sally is the root cause of all the problems she is facing. However, Sally does warn him that he might regret his decision in the future and leaves him there.

The Young And The Restless Spoilers: Sally Decides To Move On

The same week, Y&R showed how Sally bumped into Nick at a coffee shop. They both spoke about Adam, and Nick gave her advice. He asked her to rethink her decision about quitting Newman Media just to prove her love. Keep that in mind, she genuinely gave it a thought.

After knowing that Adam is not going to come into her life, Sally makes a decision

. She decided to move on from him. Eventually, she gave all her focus to her work. Along with Chloe, she invested her entire time in Newman Media by generating many ideas. Her first priority became her career.

Nick-Sally To Start A Romance?

Further on The Young And The Restless, it is speculated that Nick and Sally might grow closer to each other. The spoilers tease that Nick might talk to Sally again this week. She will corner him and ask about something. However, it is not known whether it is regarding Ashland or Adam.

Meanwhile, Nick will ask her to maintain distance from Adam. In order to help her, Nick will start spending more time with Sally. Later this week, it is also teased that Nick might have a long chat with Sally. He will want to ensure that she completely forgets her younger brother.

If Sally and Nick do come together, this will be a big blow to Adam. He will lose big time to his brother. Probabilities are there that this might give rise to a possible love triangle. How are people in the Newman family going to react? Will know it by the end of this week or next week. Stay tuned and watch The Young And The Restless, which airs every Weekdays on CBS. For more spoilers, visit our website, TV Season & Spoilers.