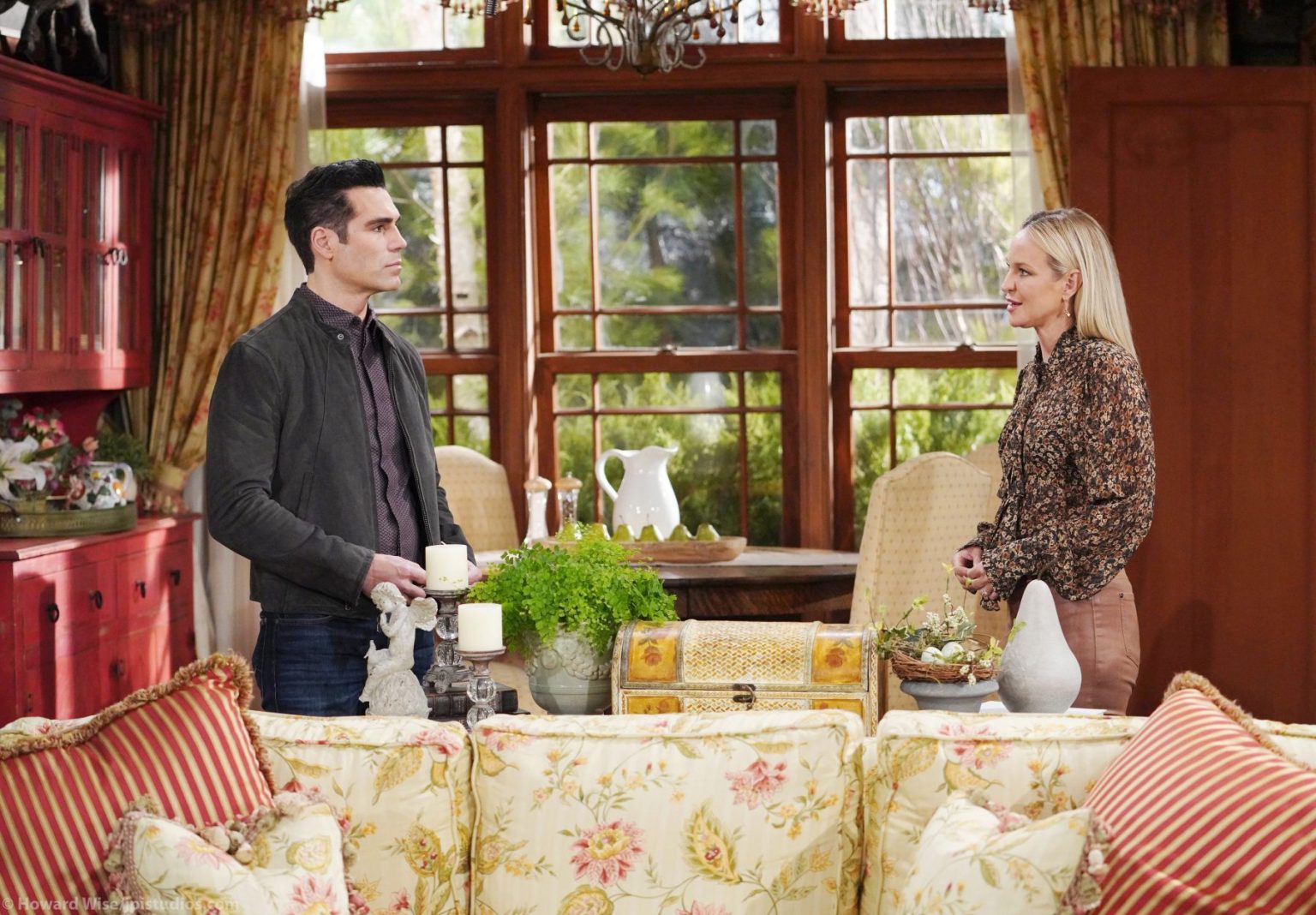 The Young And The Restless Spoilers: Sharon Cheats On Rey With Nick, Rey Leaves Town

Nick Is Distraught, Sharon Comforts Him

For starters, Y&R viewers know that the Newman family has been going through a lot lately. The person who was dragged into the family drama even though he didn’t want to was Nick. When Victor told him to stand up for his family, he did. But things are getting messier now. Victoria is going to Tuscany with Ashland and tells everyone to handle things in her own way. All of this obviously disturbs Nick and his family.

Regular viewers know that Sharon is Nick’s rock. And he can always confide in her and get the support that he needs. Nick will confide in Sharon and tell her everything. Nick will be worried about his little sister and doesn’t want her to be hurt in any way.

This will likely make Nick distraught, and he might tell Sharon about all this. Sharon will assure Nick that she will be there for him always and that he can tell her everything. Moreover, Nick and Sharon are coming closer by the time, and things might speed up between the former flames.

The Young And The Restless: Sharon Cheats On Rey, He Leaves Genoa City

Now that Nick might lean on Sharon for support and comfort every time. It looks like things might take an intense turn between the duo. Sharon has become Nick’s go-to person lately. So, it is possible that things will escalate between the duo, and Sharon might hit the sheets with Nick and cheat on Rey. It is very common in soaps that stress leads to hitting t he sheets with former lovers.

We know that Rey has also picked up on Nick and Sharon’s closeness; he also feels like an outsider in his wife’s life. So, if Sharon cheats on Rey, that might be the last straw for him. He might not be able to take the betrayal and decide to leave Genoa City after that.

Rey portrayer Jordi Vilasuso is already on his way out of Genoa City. So, Rey might leave the town after being betrayed. The speculation is that he might go to his sister Lola Rosales, who currently lives in Miami. If the show pursues this storyline, they might keep a door open for Rey’s probable return. Even though the recast of Rey isn’t in the works yet, he might return sometime down the line.

Given how things are going, something interesting will happen around Rey, leading to his exit. We will have to wait and see what happens. In the meantime, The Young And The Restless airs on CBS all weekdays. So, Stay tuned. Don’t miss the action.