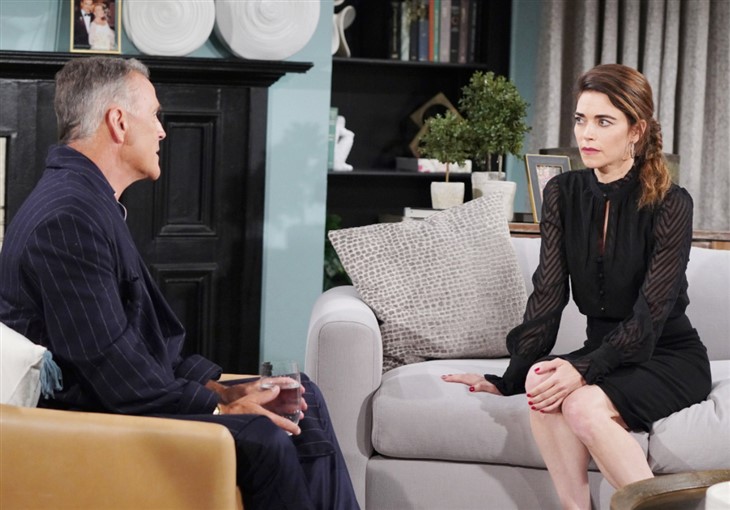 The Young And The Restless Spoilers: Victoria And Ashland Prepare For Their Honeymoon

The Young and the Restless spoilers say that Ashland and Victoria will get married anyway. And then, they will start planning for the next part of their wedding. Yes, they will be looking forward to a honeymoon together.

Y&R viewers know that many people in Genoa City had been trying to drail the wedding. But, it looks like they have all failed, and Victoria-Ashland’s love won over everything.

Celebdirtylaundry.com confirms that initially, The Young and the Restless had planned to show Ashland in an evil light. But, it looks like the plans have changed. Y&R is building towards a huge and ultimate loss for Victoria when Ashland dies, and she becomes a widow.

Over the past few weeks, The Young and the Restless has worked very hard to portray Ashland as a secret-keeping monster. But, they have also tried to establish that he genuinely loves Victoria and wants to build a family with her. So, now, they will get married and brace themselves for the next part of their lives together.

Since Ashland has health issues, he doesn’t have very long to live. So, he and Victoria will want to make the best out of the time they have. While Chemo can extend his life, we don’t know what The Young and the Restless plans for this couple. So, for now, they will go for their honeymoon and enjoy their time. However, they will soon come back home. They are both passionate about the business and will want things to run smoothly at Newman-Locke. So, they might come back soon.

Nevertheless, they will get to spend a night or two on their honeymoon and make plans for their future. How will things pan out for the two of them? What will all happen? We will have to wait to know. Tvseasonspoilers.com will keep you equipped with all the news about The Young and the Restless as it surfaces. Stay tuned.