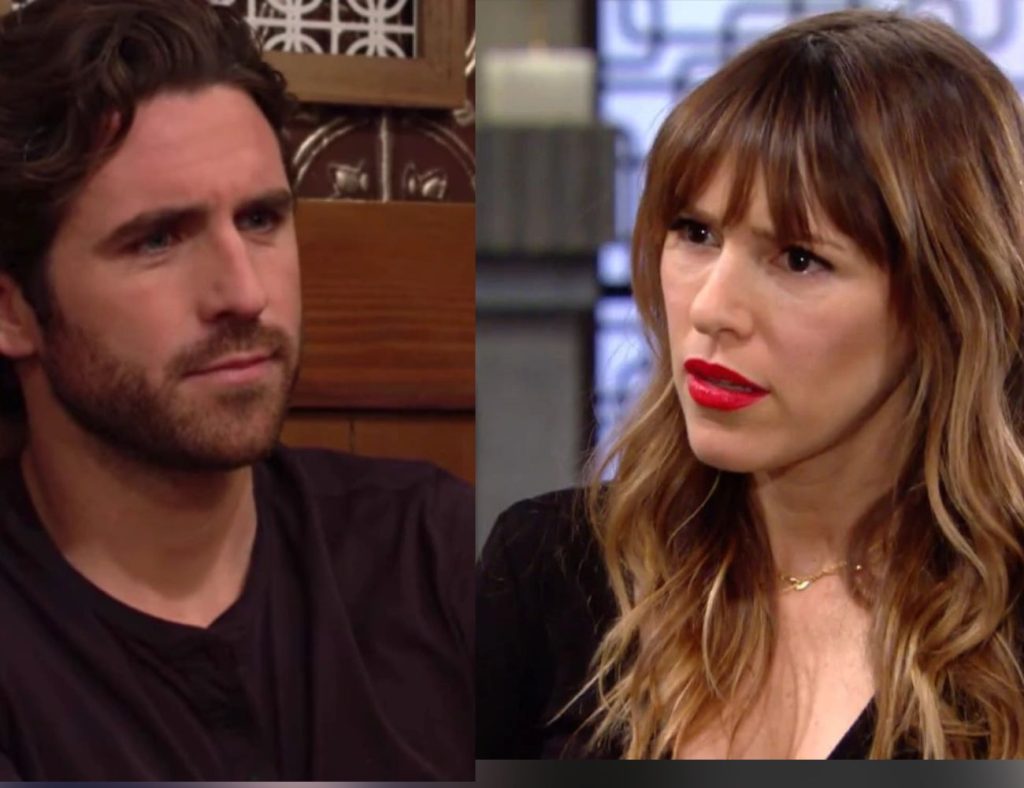 The Young And The Restless: Things Shake Up For Chloe, A HOT NEW PAIRING With Chance

The Young and The Restless fans often complain that the soap runs in circles as far as the storylines are concerned. Only a handful of characters end up hijacking all the limelight. Meanwhile, many others are left standing on the sidelines. Moreover, some of these characters have so much untapped potential, which is just going to waste. Recently, The Young and The Restless makers had teased that many surprises are coming up in the future. Some of these surprises include some fresh and unexpected pairings. Maybe, Chloe and Chance are about to get a shot at romance! Let’s dissect the theory!

Chloe And The Constant Clean-Ups

Elizabeth Hendrickson (Chloe Mitchell) has proven time and again that she is an extremely talented actress on The Young and The Restless. However, she has not been utilized to her full potential on the soap. All she ever seems to do is stand by her friends as they take center stage. Sometimes she is hearing out Chelsea cry her heart out about the latest upheavals in her life. Other times, she is fetching pregnancy test kits for Sally. Okay, fine, that was just once, but you get the point!

Chloe never gets to have a full-fledged storyline of her own on The Young and The Restless. Forget about living a whole story of her own, and we haven’t even seen Chloe talk about her personal life. Yes, she is known to be in a happy marriage with Kevin Fisher. However, we can’t even remember the last time the couple had one moment alone to have a date night. Moreover, Kevin is hardly around on the soap anyway. Perhaps Chloe could use a new love interest! And, who do we know to be newly single on The Young and The Restless? Chance Chancellor!

Currently, it looks like Chance is inching closer to Sharon on The Young and The Restless. But we can bet our baguette that they are not end game! Sharon legit cannot end up with Chance, when Nick and Adam are still around. Once Sally settles down with one Newman brother, the other will be single and available to mingle. Chance really doesn’t stand a chance there. However, if he was to move his eyes around, they may fall on the endearing Chloe! Moreover, Chloe has so much practice in lending a listening year and a supportive shoulder! And we know Chance is having a really hard time right now!

Seeing something different on The Young and The Restless would be nice. Most of the romantic pairings on screen right now have been very predictable. Chance and Chloe together will be a breath of fresh air. Chance has been so down in the dumps someone like Chloe could really shake things up for him on the soap. Moreover, they have a chance at having a long-term relationship, which, let’s be honest, Chance doesn’t have with Sharon. We are totally in for this! What about you? Tell us in the comments if you are on board with Chance and Chloe as a couple! Meanwhile, stay tuned to CBS to see what happens next on The Young and The Restless.