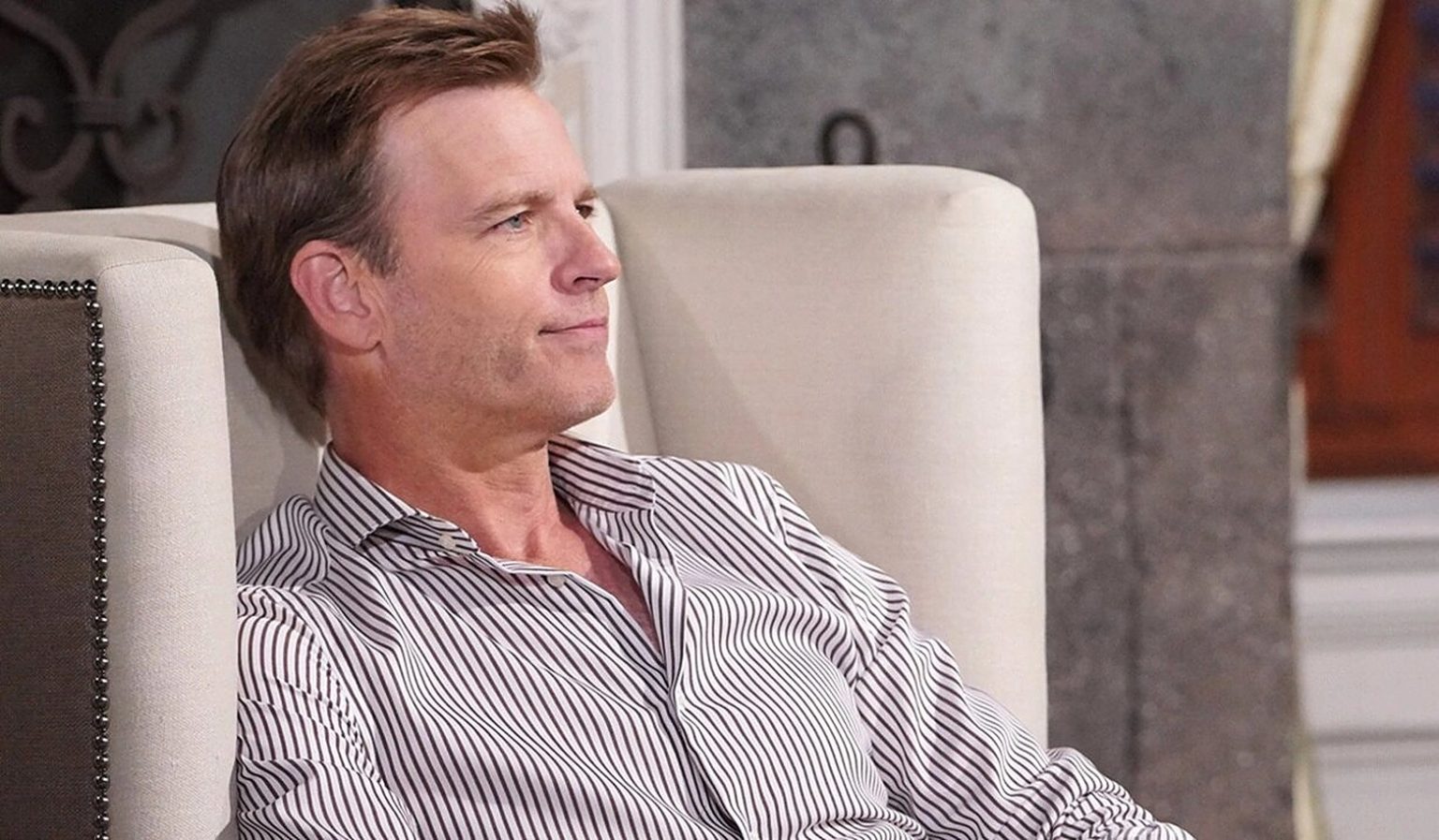 The Young And The Restless spoilers hint that Tucker might soon get a shocker. Could that be about some biological connections in Genoa City? If yes, who all are in the story who has a chance to become Tucker’s biological child? Let’s dive deeper into this scenario.

Tucker – The Problem Maker To Get A Shocker?

This week, we saw how Tucker made a dramatic entry through a helicopter and landed in Kyle and Summer’s vow renewal ceremony. Since Tucker shares a bad history with some of Genoa City’s people, everyone was shocked to find him in town. The Young And The Restless spoilers already teased that Tucker is there for a purpose.

In the preview video, we saw how Tucker was asking Ashley for another chance. Looks like Tucker’s intention is to get back with Ashley. But with all the fuss going on in the storyline, one can easily notice that Y&R writers are slowly linking every storyline with Tucker and making him the central character.

So, that brings us back to the question: could Tucker really be in town just to get back to her former flame? Well, that looks a little bit hard to accept. Not just that, Y&R has re-casted a younger age actor than Stephen Nichol’s version. What is the possible reason for the de-aging of Tucker’s character? May be a possible parental d iscovery? Let’s see what the shockers are waiting for Tucker in the future.

The Young And The Restless Spoilers: Tucker Has A Long-Lost Child In Genoa City?

Well, with all the spotlight given to Tucker, it looks like he is going to get a huge shocker in the soap in the upcoming episodes. Just now, only The Young And The Restless revealed that Devon is Tucker’s biological son. So, what is next in line? Another long-last child reveal? Possibilities are high.

As for now, there are two possibilities to consider since the two characters in the soap have no clues about their parents. First one is Sally, the only thing she knows is that her parents were carnival workers and were always absent in her life. If Tucker is Sally’s father, then the whole storyline will get just ten times more interesting. Fans know that Tucker and Victor are old rivals and also cut-throat competitors. When Adam was plotting against Newmans, Sally was the pawn for them, and now Sally is close to Nick. So, it is given that Victor might use her as a pawn to win Tucker.

Next, Tessa can also be one of the possibilities. As far as we know, Tessa believes that her father was a drunkard who was into drug dealing. So, it can either be Sally or Tessa. If the storyline does take this twist, who do you think would suit the best for the storyline? Sally or Tessa? Comment down your opinion down below. The Young And The Restless airs every weekday on CBS. For more updates and spoilers, visit our website, TV Season & Spoilers.