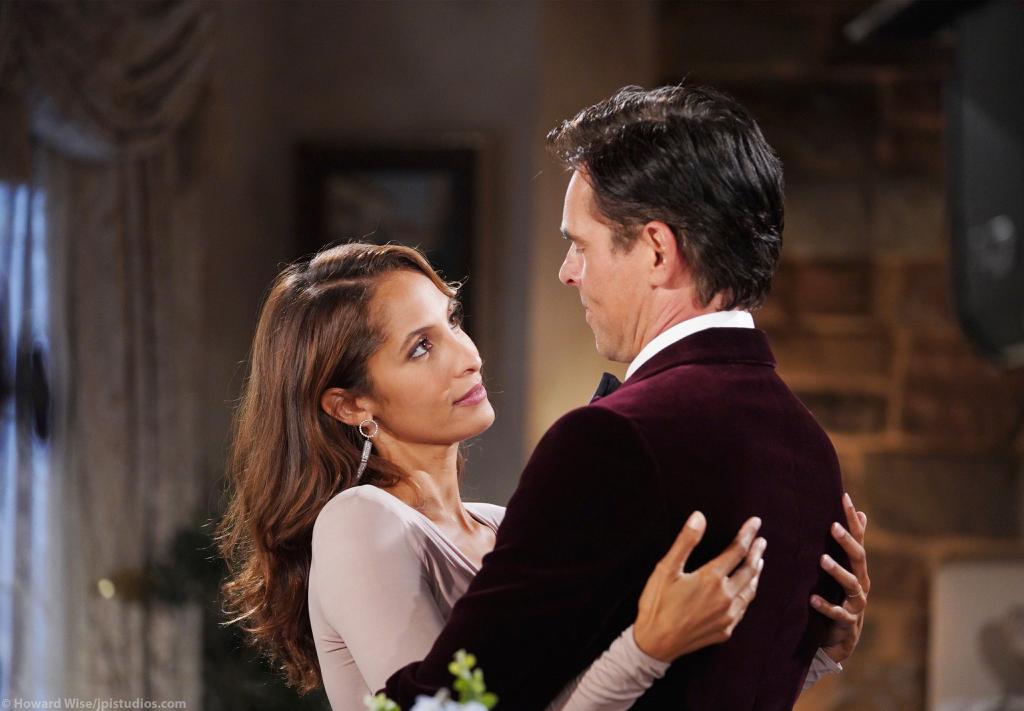 The Young And The Restless Two Weekly Spoilers (November 8-19, 2021): Abby Decides To Go To Spain, Lily-Billy Break Up

The Young and the Restless Two weekly spoilers are out. And in the week of November 8-12, viewers will get to see Sally as she gets a warning. Billy will also get his hands on something crucial, and Abby will make a decision. This will be the kind of decision that might leave everyone a little shocked.

As we move into the week of November 15-19, Adam and Rey will once again get in a faceoff, and Billy and Lily might be on the verge of breaking up. Devon will receive some appreciation while Ashley and Victor remain concerned. Want more details? Keep reading to find out.

The Young And The Restless Spoilers For The Week of November 8-12: Sally Gets Another Warning

The Young and the Restless viewers know that Sally and Adam have been flirting for some time now. It is pretty evident that Sally wants to give it a try with Adam. However, her new gal-pal Chloe Mitchell won’t think of this as a good idea. So, in the upcoming week of November 8-12, she will warn Sally once again. She will ask Sally to drop all this flirty banter before Chelsea comes back.

Chloe knows Chelsea to the core and knows that Sally will be in trouble if Chelsea realizes that she is getting closer to Adam. So, Chloe will suggest Sally focus more on her professional life than eyeing Adam right now.

Billy Gets His Hands On An Evidence

Further spoilers suggest that the week of November 8-12 will be rather tricky for Billy Abbott. He will get his hands on Camila Rhodes’ original letter from Jesse Gaines. But the question is, is it really the real letter? We have a hunch that sending Jesse Gaines to Billy’s door is all Adam and Victor’s plan. So, this could be a part of the plan too.

Regardless, spoilers suggest that Billy will start blackmailing Adam with this. He will want Newman Media to back off. However, this might not go as planned. Victor and Adam want revenge and takedown ChanceComm. So, they might not back out so easily.

The Young And The Restless: Abby Takes Things In Her Own Hands

On the other end of the town, The Young and the Restless spoilers suggest that Abby will take things into her own hands. She will want to go to Spa in and investigate Chance’s missing mystery on her own. While everyone believes that Chance is gone forever, Abby has a hard time accepting it. So, viewers will get to see her struggling in the upcoming days. She will be adamant about going to Spain, but Devon might talk her out of it.

Devon might point out that Dominic Newman Abbott Chancellor should be the person who matters the most right now. Abby shouldn’t leave him at this moment. It looks like Abby will understand where Devon is coming from. So, she will find an alternate.

The Young and the Restless spoilers suggest that Abby will reach out to Nick in the upcoming days and ask him to take the trip and find answers. Nick was successful in finding Ashland’s true identity when nobody else could. So, Abby might think that Nick will put his detective skills to work yet another time.

More related spoilers suggest that Devon will continue to worry about Dominic, and this will raise doubts in Amanda’s mind. She will fear that her man is getting too attached to the baby. So, she will try to figure out a way to lay all of down on Devon but without hurting him. Laying truths on Devon isn’t all that Amanda will do. Spoilers for the week of November 8-12 suggest that Sutton’s trial is also coming up. Amanda is all ready to take the stand and relay the truth. While she hopes that it will be enough, we will have to wait to see if justice is served.

Rounding off the week of November 8-12 will be Jesse Gaines, who might do something that would leave everyone worried. Spoilers suggest that Adam and Victor will get a mysterious message, and that will leave them troubled. However, that isn’t what happens. Billy and Lily will also face a difficult situation.

So, it looks like Jesse Gaines might do something that puts all of them in trouble. Gaines isn’t the kind of man that can be trusted. So, it is possible that he might go rogue and become an issue soon. Regardless, spoilers suggest that Rey will grill Billy about everything that is happening and will want him to be truthful.

The Young and the Restless spoilers for the week of November 15-19 suggest that Rey will continue to be a part of some serious storylines in the upcoming days. Something will happen between him, and Adam will get under Rey’s skin. This will cause more conflict between them. This will be something that Sharon will not be okay with, and she will try to manage this situation.

On the other end will be Lily, who will start feeling fed up with Billy and everything he does. Y&R viewers would know, Billy always makes things worse. He makes rash decisions, and that leads both him and Lily in trouble. So, Lily will feel like she is done with all of this and make some moves. Will Lily and Billy break up? Only time will tell.

Back with Abby and how she is dealing with the grief, Celebdirtylaundry.com suggests that Victor and Ashley will be worried about their daughter. They will start to believe that Abby not accepting the truth might not be a good sign. So, they will fret over that. However, Y&R spoilers suggest that Chance is actually alive. So, Abby’s intuitions might not be wrong.

More related spoilers suggest that Nikki will spend time with Devon and voice her appreciation. She will point how Devon has impressed Victor by helping Abby in these tough times. So, this will be a heart-warming little segment in the upcoming episodes.