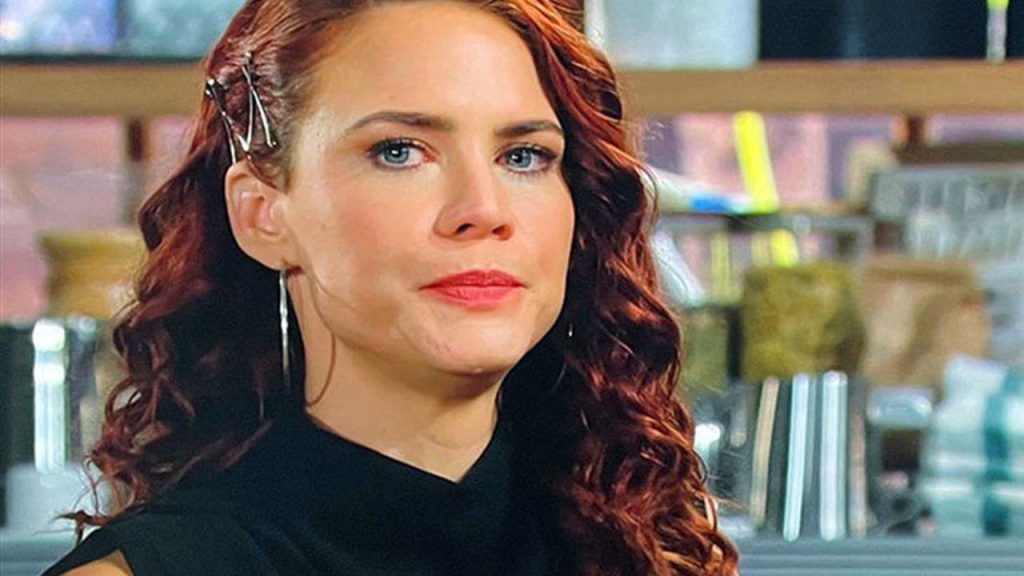 The Young And The Restless Update For Monday (April 4, 2022): Chelsea And Sally Amends, Victoria Plays Her Card

The Young And The Restless update for Monday, April 4, 2022, suggest that more drama will brew in the characters’ lives. Chelsea and Sally leave their foes’ attitude aside. Meanwhile, Ashland will not like Adam as the temporary CEO, but Victoria will try to smooth things up. Next, Billy will talk to Victoria and show his concerns. Keep reading to know more.

The Young And The Restless update for Monday, April 4, 2022, suggests that Victoria will try to settle things up with Ashland after learning about the news of the temporary CEO. Ashland will wonder if Victor is trying to play a power move by putting Adam in charge. But Victora will try to convince him that it’s not a big deal. Even though Ashland will feel to visit Adam.

Before Ashland’s visit, Adam will receive a call from Chelsea that she got tickets to a Blackhawks game in Chicago. She will hope that Adam can take Connor as she has some scheduling conflict. Sadly, Adam will reject spending time with his son as he has no time after becoming the CEO. But Chelsea will fear upsetting Connor. Although Sally will learn about Adam’s dilemma and mention it when she meets Chelsea at Society.

Surprisingly, both will manage to have a nice conversation. Chelsea will wish good for Adam and Sally and won’t care about what’s going on with them. Rey will overhear all this and be happy after watching Chelsea moving on. Chelsea will also admit that Rey’s friendship helped her a lot. And when Rey mentions what Chelsea has done so far to improve her life, she will thank him for noticing this.

Rey will also learn about Chelsea’s trip. And after he gets to know that Adam can’t be there for Connor, he’ll agree to volunteer to take Connor to the game. Back to Ashland, he won’t think that Victor’s power move doesn’t mean Adam can run the empire. Being an interim CEO, Adam has no right to publish disparaging articles.

It won’t be a good idea for Adam to publish Ashland’s info. Ashland has already warned Adam not to use Harrison Locke. But he will ignore this and mention Harrison anyway. Adam will act like Harrison will learn everything when he gets old.

It will leave Ashland to fume as he thinks Adam can’t stay in the interim CEO spot for long. Of course, Adam wants to stay in this position permanently, and he wants Sally to run the Newman empire

. He will also share this news with her later.

The Young And The Restless: Billy Shows Concerns

As for Nate, he will mull over Ashland’s deception. After receiving Nick’s text, Billy will tell Nate that he knows about Ashland’s lies and will deal with Victoria. Next, Billy will talk to Victoria alone about her leaving Ashland alone. He doesn’t want to stay in the dark and fears Ashland could hurt her. But Victoria will tell him that everything is under her control.

Victoria will insist that she has already looked into every single thing. She will claim that Katie and Johnny Abbott don’t have to face Ashland anymore when she’s done. Billy will hope she’s right and tell her to be careful with her actions.

At Nate’s penthouse, Amanda and Devon will show up. They will witness a romantic setup and Elena’s fully dressed. But she will urge them to stay since Nate is going somewhere. However, Nate will join the party and have some time away from Ashland drama. There, some questions will appear for Elena regarding her feelings about Nate’s job switch.

She will give him full support as he’s planning to work with Lily Winters and Devon. Elena thinks now Nate is working with family. Devon will also raise a toast for the new beginning.

The Young And The Restless: Victoria Plays Her Card

Once Ashland comes back to Victoria’s office, she will tell him about Billy’s fear of Ashland hurting her. He will claim it won’t happen and hate Billy for planting such an idea in Victoria’s head. Ashland will complain about this spread over things and urge Victoria that he only cares about her thoughts. When Victoria asks him one more time to tell her that he won’t do anything so ugly, he claims that he wouldn’t.

Ashland will tell her that he loves her a lot and can’t imagine hurting her. He will continue that the most painful part of this conversation is for Victoria to doubt his intention. Although she pretends that she is convinced, she will remain concerned. The Young And The Restless spoilers for Monday suggest that Victoria might put herself in a deadly situation.

Stay tuned. TV Season & Spoilers will keep you updated. The Young And The Restless air all weekdays only on CBS.