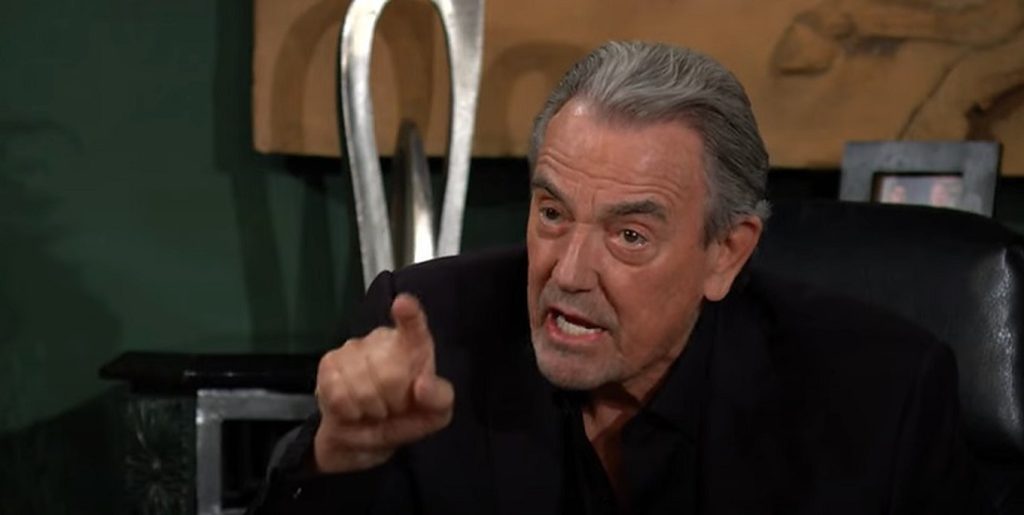 The Young And The Restless: Victor Intervenes, Shows Sally The Way Out Of Nick And Adam’s Lives

Sally Spectra is not a woman to be taken lightly on The Young and The Restless. The spunk queen has single-handedly created hullabaloo in the Newman household. While the Newman brothers, Nick and Adam, are at war over winning the damsel’s favor. Victoria and Summer have their bones to pick with the blonde beauty.

The latest spoilers for the famed CBS soap suggest that now the Big Daddy of the all-powerful Newman Family is also dipping his toes in the Saga of Sally Spectra. Not wanting his sons battling each other over a woman he so despises, Victor will take it upon himself to wash the family’s hands of Sally forever. Keep reading to find out what’s about to happen!

Nick And Adam’s Battle Over Sally Raises A Few Notches

The backbone of The Young and The Restless for an extended period of time has been the drama centered around the Newman family. History is proof there is no scarcity of it in their household. From complicated love triangles to revenge plots to murder mysteries, the Newmans have done it all! Their latest offering of the drama stems from Adam and Nick having their eyes on the same woman, Sally. Moreover, the matters become further complicated as Sally, too, has feelings for both brothers. Hence, effectively pitting them against each other to compete for her love.

While Nick chose the calm and composed road by giving Sally the time and space to work out her feelings on The Young and The Restless. Adam has shown a more “Ride or Die” attitude towards the situation. He has constantly been pushing Sally to make a decision and choose him! He has also not dropped any chance of getting into an argument with Big brother, Nick. Now, The Young And The Restless Spoilers suggest that Adam will get into another altercation with Nick upon seeing him getting comfy with Sally. Thus, making their father realize that things are beginning to get out of hand and need to be controlled. But, what will Victor do to control the situation? Let’s find out!

Victor Newman is Victor Newman for a reason! He is not one to remain on the sidelines for too long. Now that his sons are in a major conflict over winning Sally’s love, he is not going to approve one bit. Victor has tried hard to keep his family together. And he will go to any extent to keep an outside force from destroying it. Especially if the force is a person, he so evidently despises. Victor has made his disdain for Sally quite obvious on The Young and The Restless. However, he was just simply tolerating her for a while because he had bigger fish to fry.

But now that his family’s peace is at stake, there is no way he will tolerate her anymore. The Young and The Restless spoilers suggest that Victor will now look for a way to get Sally out. He already hated Adam being interested in her, there is no way in hell he will accept her being on Nick’s arm. Perhaps, Victor will enlist one of his lackeys to go on a witch hunt and dig up dirt from her past. We know Sally has had a sketchy history in L.A. as well as in Geona City.

Therefore, chances are high that Victor will chance upon something he may use to blackmail Sally into abandoning both his sons. Or, he may just expose some really shady secret in front of Nick and Adam, which may lead them both to turn their back on her. However, there is also a chance of Victor’s plan backfiring and Nick and Adam coming to Sally’s rescue against their father! Which one of the three possibilities seems more likely to you? Please tell us in the comments. Meanwhile, stay tuned to The Young and The Restless to find out what actually happens!