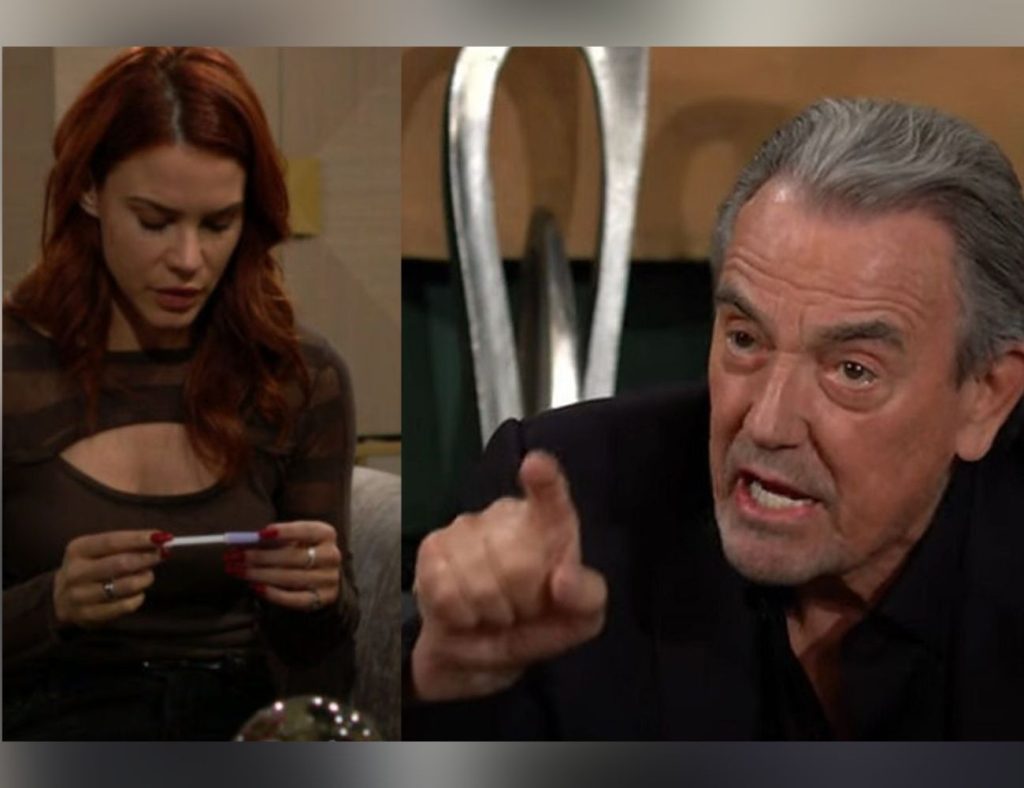 The Young And The Restless: Victor’s Dirty Move, Meddles With Sally’s Pregnancy Reports

It looks like The Young and The Restless is going down a tried and tested road yet again! As soon as Sally found out she is pregnant, the baby’s paternity became surrounded with doubt. If that wasn’t Deja Vu enough, spoilers suggest that some paternity test report tampering is around the corner! But who would want to meddle in Sally’s absolutely personal business like that? Well, there is only one man who seems to have a huge stake in all the happening of Genoa City. Victor Newman! Keep reading to find out what Victor will do on The Young and The Restless, and more importantly, why!

For months Sally Spectra was running in circles, trying to decide which Newman brother she truly wanted to be with on The Young and The Restless. The extended indecision led Sally to hit the sack with Nick and Adam in a gap of two heartbeats. Creating the perfect setting for a “who’s the daddy?” track. Eventually, the inevitable happened, and Sally found herself with a positive pregnancy test and two probable daddies. All in quick succession of, her bidding Adam goodbye and choosing Nick as her partner. The obvious next step for Sally on The Young and The Restless would be to get a paternity test to figure out who baked the bun in her oven!

Sally might decide to keep her pregnancy a secret until she finds the truth about the father. However, the big daddy of Genoa City is already on her tail! Chances are, the second Sally gets the tests done at the hospital, Victor will get a heads up from his moles on The Young and The Restless. He already detests Sally from every fiber of his being; finding out that she is carrying a Newman baby will certainly unnerve him. He can’t even tolerate the sight of Sally dating Nick; how can he ever see them cementing their relationship with a baby? Thus, Victor will take the road of lesser damage and choose the father of Sally’s baby himself. He may direct the staff at the hospital to craft the reports in favor of Adam being the father, no matter what the real truth is.

Why Victor Wants Adam To Be The Father And Not Nick On The Young And The Restless?

Even if a parent can’t decide which of their children they love more, they still definitely know which of them they trust more. Victor Newman knows it all too well that he can rely more on Nick than Adam on The Young and The Restless. While Adam is the certain wild card, always erratic and volatile, Nick is a lot more volatile. If Victor could have things his way, he wouldn’t want Sally anywhere near either of his sons, but that ship has long sailed! Sally is carrying a Newman baby; it could be either Nick’s or Adam’s, and Victor now has to choose the lesser evil!

Nick and Adam are always butting heads on The Young and The Restless, but the older brother has shown more stability and maturity. Victor would like to keep the dependable Nick away from the firecracker, Sally. And what better way than letting Adam have her? Adam is already the uncontrollable variable in Victor’s equation, so he’d rather leave him to work his way with Sally, as he knows Nick would have less trouble moving on than Adam would. Moreover, if Victor has the reports fudged, it would still retain the element of suspense over the real father. A thrilling track that can be revisited at a later point to add more drama to the soap. Do you think Victor will do it? Stay tuned to The Young and The Restless on CBS over weekdays to find out!