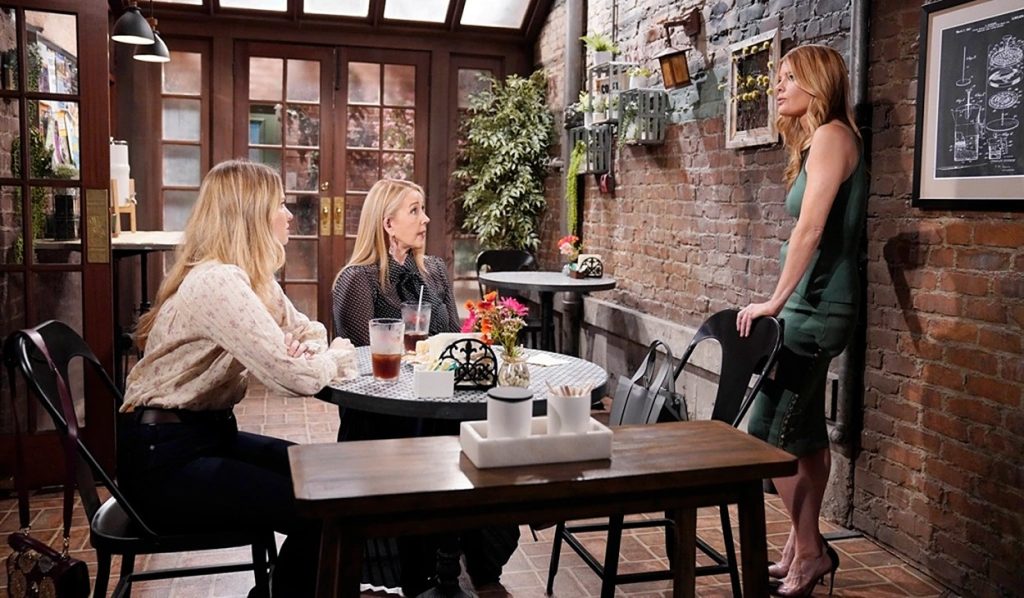 The Young And The Restless Weekly Spoilers For The Week October 10-14, 2022: Nikki-Phyllis’ Risky Plan For Ashley, Billy’s Major Decision

The Young And The Restless Weekly Spoilers for the week of October 10-14, 2022, reveal that Nikki and Phyllis will come up with a risky plan. They will want Ashley to accept Tucker’s deal. Over with Billy, he will make a major decision which he later will confess to Lily. Across the town, Adam will become a date crasher when he sees Sally and Nick getting closer. Keep reading to know what is brewing in Genoa City in the coming week.

In the week of October 10-14, 2022, Billy will make a major decision regarding his future. Even though we don’t know what’s it about, chances are there that it might be about his COO position. Fans know how much Billy liked his podcast job, so maybe he might go back to it. The Young And The Restless spoilers hint that Lily will get some surprising news from Billy soon.

Later, Billy will have to make another decision when Chelsea takes things into her hand. As for Chelsea, she’ll never take no for an answer. Now that Johnny has rejected Chelsea, she won’t let Johnny go that easily. Despite Billy’s warnings, Chelsea will want to approach Johnny again to explain her side of the story to him. This will soon create trouble for both Billy and Victoria.

Elsewhere, Adam will become a date crasher when he will see Sally and Nick together. Well, looks like Adam’s move might be out of jealousy but will hit the right point. Nick will notice Sally’s reaction to Adam, and he immediately will know that she still has feelings for him. So, fans can expect Nick to confront Sally soon with her clinging feelings for Adam.

The Young And The Restless Spoilers: Nate’s Clever Move Toward Elena

Further, on The Young And The Restless, Elena will be pushed to spill the truth about Nate and Victor’s takeover plan. Even though we don’t know who it might be, this is certainly to happen. In the meantime, Nate will also approach Elena with a request. Looks like Nate will want another chance with Elena. Nate knows that Elena is the only person who knows about his wicked takeover plan. So, it’s obvious for him to get her under his control, and for that, he needs to get back with her.

Back with Lily, she will come up with a risky plan and will share the same with Devon. During the board meeting, she would want Devon to take a risk. What could that be? We will know about that soon.

Tucker shares history with some from Genoa City. Among them, Ashley tops the list since he married to him. Even though it is not all great memories she shared in her toxic marriage, past is past, and the connection can’t be erased. So, Nikki and Phyllis will want Ashley to pretend and make amends with Tucker just to pry dirt on Diane. This will completely turn Ashley’s world upside down since she would never like to relive those traumatic memories.

Next, Victor will have some dangerous orders for Michael. So, it will definitely be regarding investigating about his old rival, Tucker. Over with Kyle, after Tucker’s arrival, he will notice a change in Diane. So, he will start suspecting her about what she might be hiding. Stay tuned and watch The Young And The Restless, it airs every weekday on CBS. For more updates and spoilers, visit our website, TV Season & Spoilers.