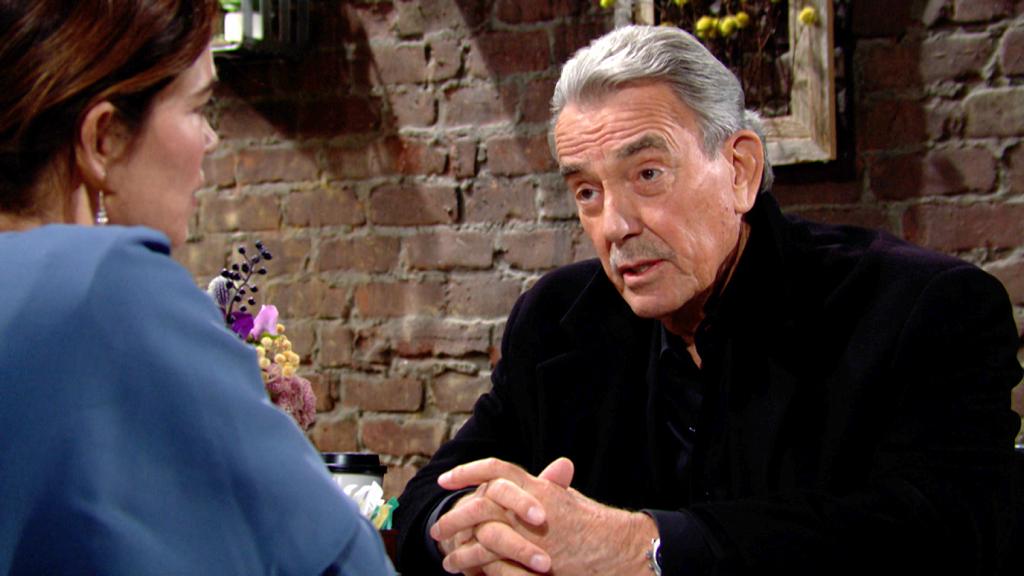 The Young And The Restless spoilers suggest that a lot is happening in the week of February 7-11, 2022. It reveals this week will be full of action and drama. On February 7, Michael will discover Ashland’s big secret while Adam will fight for Sally. Then, on February 8, 2022, viewers will get to Jack being lost and Lauren grilling him about doing the right thing.

Moving on in the February 9, 2022 episode, where Robert Newman steps in as the New Ashland Locke of Genoa City. Then, on February 10, 2022, we will see Chance going through yet another struggle while Dominic is not well. Rounding off the week, February 11, 2022, will bring the season of love as Valentine’s day is around the corner. So, keep reading to find out what more will happen.

The Young And The Restless Spoilers For February 7, 2022

The episode of February 7, 2022, will see Michael returning from his Peru trip with some shockers. Michael will fill in Victor with the whole information. He will tell Victor that Ashland never had lung cancer, and Victor might talk to Ashland before he confesses everything to Victoria. While Victor deals with Ashland, Adam will also take matters into his own hands and fight for Sally.

Then, At Crimson Lights, everyone is gathered to celebrate Mariah and Tessa’s engagement. Noah Newman will be struggling with his feelings for Tessa, and his parents, Nick and Sharon, will try to help their son. While the couple won’t know what to do about their son’s struggle, they will feel glad that at least the pair has each other to lean on.

Moving on, in the February 8, 2022 episode, Jack will feel lost as Phyllis has left Genoa City. Lauren and Amanda will show interest in finding out where Jack and Phyllis’s relationship stands. Viewers know that Jack loves Phyllis, so he might do some soul-searching and mull over some things.

The spoilers also reveal that Jack might make a grand gesture for her lady love on Valentine’s day. Later in the episode, Devon and Abby will receive some devastating news related to Dominic’s health. Moreover, Chance might also be going through a struggle yet again.

The Young And The Restless Spoilers For February 9, 2022

On Wednesday, Robert Newman will step in as the New Ashland Locke. The storyline around Ashland is going to be very interesting. Victor will put his best man to investigate more on his son-in-law’s motives.

Fur thermore, in the episode, we will see Lily Winters taking some advice from Nikki Newman

for her new journey as the CEO of Chancellor Industries. Also, viewers will get to see sibling rivalry between Adam and Victoria in action. Victoria will remind Adam that she’s in charge of the Newman media now.

The episode of February 10, 2022, will see Billy launching a project to keep himself busy and distracted. Later on in the episode, Chance faces another struggle. He might talk to Sharon for guidance and help. Then, Chelsea might be developing feelings for some other man; who will that be? We have to wait and watch.

The Young And The Restless Spoilers For February 11, 2022

Rounding off the week of February 8-11,2022 will witness the season of love in Genoa City. With Valentine’s day around the corner, Victor will plan a special date for his Valentine, Nikki. On the day of love, Billy will also plan a surprise for Lily. He might do something out of his comfort zone this time.

When everyone around celebrates their love for each other, Ashland and Victoria’s Valentine’s day will be filled with serious confessions. Ashland will come clean

about all that he’s been up to. How will Victoria react? Only time will tell.

It looks like a lot of drama is waiting for us this week. So stay tuned. The Young And The Restless airs on CBS all weekdays. Make sure you tune in and enjoy. In the meantime, TV Season & Spoilers will keep you updated with all the news. Don’t miss the action.