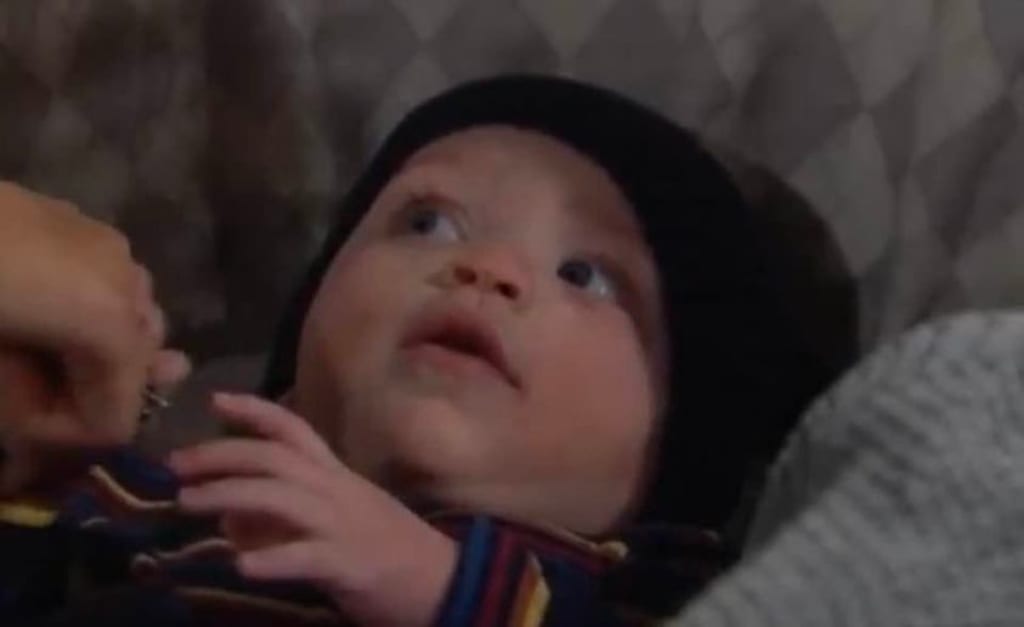 The Young And The Restless Weekly Spoilers (February 7-11, 2022): Robert Newman Steps In As Ashland, Dominic Is Sick

The Young and the Restless spoilers for the week of February 7-11, 2022, are out and it reveals that upcoming episodes of the CBS soap will be full of fun and drama. We are in for an exciting episode where Adam will fight for Sally while Jack will face a grilling session from Lauren and Amanda.

The spoilers also suggest that Noah will struggle with his feelings for Tessa. Viewers will witness Ashland coming clean to Victoria about everything. And Abby and Devon will get a heartbreaking update about Dominic. We have so much to know. So, let us dive right into all the storylines.

The Young And The Restless: Adam Fights For Sally

To begin with, Adam will fight for Sally Spectra. Y&R viewers know that Adam has offered a job to Sally at Newman Media. Adam will talk to Victoria about the same. So, Victoria might warn Adam that he cannot hire anyone he wants.

Victoria is like her father. That means putting business before emotions. Even though Victoria likes Sally for the wedding dress she designed, she has not forgotten about Sally’s mistakes. Victoria might remind her brother of that and also confront him about Sally’s knowledge besides fashion.

Moreover, Victoria clarifies for him that she’s in charge of Newman Media, and he should tell him why Sally is an asset for the platform. It looks like Victoria is determined to make Adam’s life miserable.

Further spoilers say, Sally will feel like she has won some war and leave no opportunity to rub it in Chelsea’s face. Sally believes that she is still at the Newman Media when Chelsea is out. So, she will gloat about that. This week Chelsea might also receive some news that she will not like. This could very easily have something to do with Sally. We will have to wait to see what that is.

Lauren And Amanda Are Curious

On the other end of the town, Lauren and Amanda will meet Jack Abbott. Both ladies will show interest in finding out information on where Phyllis and Jack’s relationship stands. Now that Phyllis is in Milan, Jack will have a lot of queries coming from Lauren and Amanda.

Viewers know that Jack loves Phyllis, and he might also do some soul-searching in the week of February 7, 2022. The spoilers also reveal that Jack might surprise his lady love by going to Italy in the coming weeks.

The Young And The Restless: Noah’s Struggle Continues

Viewers will also get to see Noah Newman as he continues to struggling with his feelings for Tessa Porter. Y&R fans know that Noah confessed his feelings to Tessa, and they decided that it was better if he moved on. Tessa is engaged to Noah’s sister, and now Noah should probably just give up.

Sharon and Nick will also be worried about their son. This week Noah will go to extremes, which might upset Tessa

even more. Regardless, Noah needs to control his feelings and realize that Tessa is happily engaged to his sister, Mariah Copeland.

Next, Billy will have some new issues while working with Lily Winters. Lily might take some advice from Nikki Newman, while Billy will do what he likes and focus on a passion project. More Nikki-related spoilers reveal that Victor will also make some romantic gestures for his wife. Viewers can expect to see soft romantic moments in Genoa city this week.

The Young And The Restless: Robert Newman Steps In

The week of February 7, 2022, reveals that Robert Newman will step in as the new Ashland on February 9 of this week. Fans have been very excited to see him in the role. Soap Opera fans might know Robert Newman from Guiding Light, and he played the role of Josh Lewis on the show. He is no stranger to the world of daytime drama soap operas. He played a minor role in Santa Barbara and General Hospital too. So, this week we get to see a new Ashland in Genoa City.

Speaking of Ashland, he will come clean to Victoria after all. When Michael returns from his Peru trip, he will reveal that Ashland never had lung cancer. Thus, he didn’t get any treatment at that clinic in Peru. Michael will fill in Victor with the whole information, and Victor might corner Ashland before he confesses everything to Victoria.

Spoilers suggest that Ashland might have done all this to expand his business. In addition, Ashland will tell Victoria that he loves her and will do anything to keep the marriage intact. However, Victoria might have different ideas about their future together.

The Young And The Restless: Dominic Is Not Well

Rounding off the week of February 7, 2022 will be Dominic. TV Season & Spoilers recently speculated that Dominic might be diagnosed with some health issues. This indeed is happening that Dominic’s life might be in danger. It will lead to Devon and Abby receiving some heartbreaking news. Moreover, Chance will also struggle with some issues that might include a panic attack. However, this week Chance and Dominic’s health is in danger.

Will Victoria forgive Ashland? What will happen to Dominic? Until then, Stay tuned. TV Season & Spoilers are your one-stop for all the soap opera news. The Young And The Restless airs on CBS all weekdays.