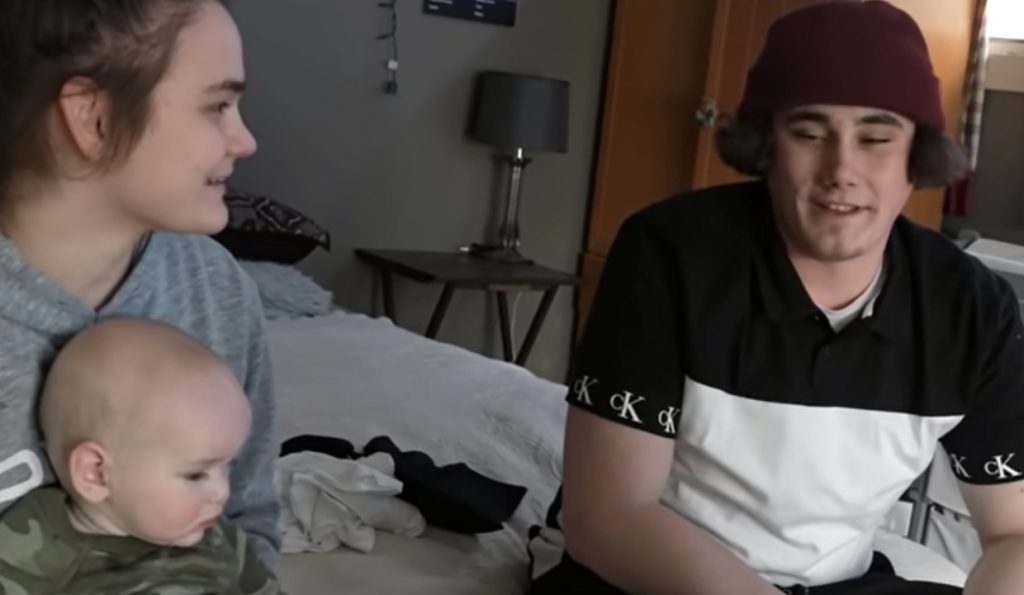 As TLC Unexpected has come to an end, the fanbase is still active. That’s because they have been keeping track of all the teen moms and dads through their social media. Amidst this, Jason Korpi has become the most disliked cast member. That’s because fans found him too controlling and accused him of giving his girlfriend, Kylen, a hard time when she was in labor. Well, it seems like his trail of controversies doesn’t seem to end. That’s because Korpi recently decided to prank some strangers with the help of his baby. Keep reading to know more details about this.

Jason Korpi has a long trail of controversies following him. In fact, it all began after fans got to see his partner Kylen Smith give birth to their baby boy. Apparently, he wouldn’t let her go to the hospital and didn’t let the staff use epidurals on her. Hence, viewers found Korpi’s behavior very disturbing and called him out for being very overbearing. Now, the teenager is in trouble once again. It all happened when famous Youtuber JiDion revealed he is a fan of Jason and Kylen from watching TLC Unexpected. Hence, he flew down to meet the couple.

Apparently, the content creator is quite famous for filming prank videos for this youtube channel. Therefore, he and Jason decided to do so for a new video with baby Xavier. Hence, both of them went to a bunch of strangers with Jason’s kid. As they did so, they tried to convince them to take care of the little one. Although most of them were in refusal to do it, there was one who could spot the camera and knew it was a prank. Hence, viewers took to their social media to state that Jason and Kylen shouldn’t be using their newborn for such things. At last, they claimed that both of them still lack the maturity to take care of the baby.

TLC Unexpected: Jason Has 11 Criminal Charges Against Him!

Apart from Jason Korpi’s vile behavior on TV, other shocking things have come into the limelight. Apparently, a tik-tok video has been going around stating that he has a long list of criminal offenses under his name. Moreover, the castmate also faced an arrest on the same day his son Xavier came into this world. Apparently, cops got a call regarding some “disturbances” a little over 5: 00 am. But, this wasn’t for his arrest. Moreso, he had charges against him for an “outstanding warrant”.

With this, a deep dive into Jason Korpi’s criminal history reveals that he has been in trouble with the law 11 times! In fact, Jason Korpi has been in trouble due to driving with a revoked/suspended license, aggravated DUI, disobeying a cop, improper use of registration, stop/yield sign violation, lights failing to turn on when necessary, possession and use of tobacco by a minor and so on. Hence, viewers are more furious than ever after this reveal and want him to suffer some serious consequences. Until then, keep checking TV Season & Spoilers for more TLC Unexpected News updates.