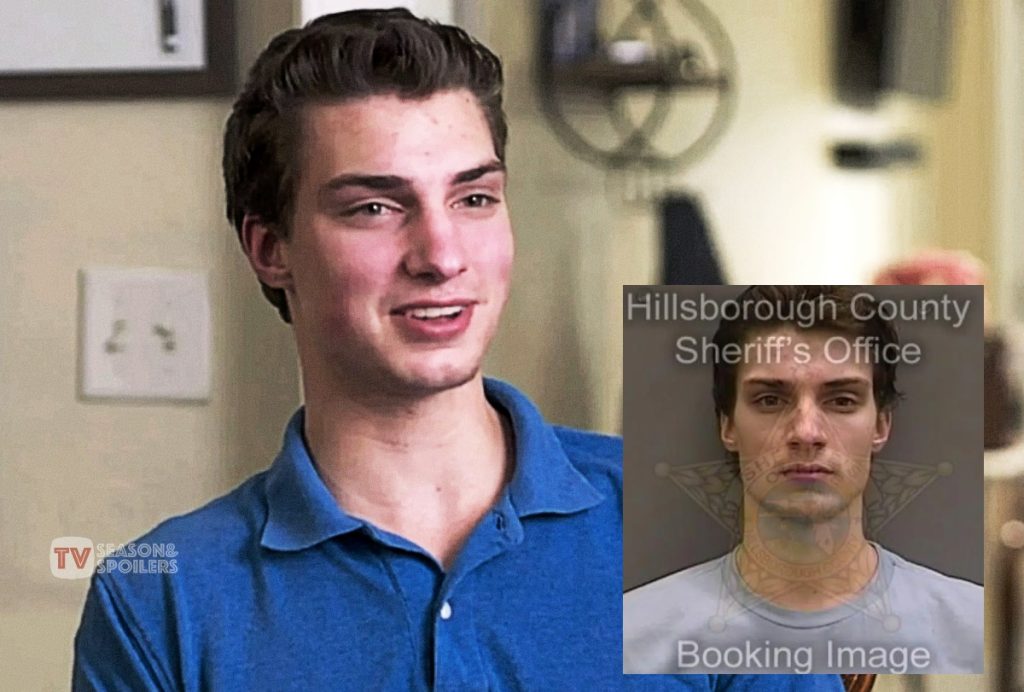 Welcome to Plathville Season 4 wrapped up with the finale a while ago. The season came with a lot of surprises. From Billy and Kim announcing their divorce to Ethan Plath confronting his mother, the Plaths have to juggle major issues in their life. Meanwhile, Olivia Plath, like always, tried to be in the good books of the family, but yet again, she majorly failed in it. The drama created at Joshua’s grave brought much more hate to Olivia. The Plath siblings slammed her for her inappropriate behavior. Olivia’s problems are only getting worse rather than improving. Recently, her brother Nathan Meggs has heeded his legal fate. Keep reading to know the detail.

The reality television show Welcome To Plathville introduced us to the super-conservative Plath family. The Plath parents restricted their children from connecting with the outside world. However, back in March, the family gathered together to celebrate Micah’s birthday. Olivia Plath’s brother too joined them at the party. However, it turns out to be his biggest nightmare. He was arrested on DUI charges after the party. Reportedly, Nathan was underaged, and he consumed alcohol. There were two minors at Moriah and Nathan.

Moriah revealed on the camera that she did not have any alcohol. Moreover, the Plath sibling also said she was drinking juice while they tossed it up to celebrate the party. Meanwhile, Olivia Plath’s brother displayed his alcohol on the camera and later was found intoxicated in the car. The Police arrested him, and now, months later, he was sentenced for the same. Although his brother-in-law bailed him out of jail, he could not save for long. As per Starcasm

, on August 1, Nathan was sentenced to 12 months of probation. The celebrity star’s brother was charged with reckless driving and drinking alcohol. In addition to a probation period, Meggs needs to serve 50 hours of community service. Moreover, he was charged a $500 fine.

Although the Plath family is known for rules and regulations, they often landed into trouble. In January 2021, Ethan Plath was caught with a suspended driving license. Meanwhile, the following month his sister Moriah was charged for overspeeding. The reality television star traveled 89mph on a road that had a speed limit of 55 mph. She was ticketed with a fine of $250.

The family is currently dealing with major issues after Kim and Barry announced their divorce. Meanwhile, while Kim was busy with her new dance studio, Billy flaunted his new physique on the latest Instagram page. However, Olivia and Ethan struggled in their relationship in the fourth season. Fans are now waiting for Season 5 of the show to know more about the Plath Family. As for now, there is no update on the new season. Meanwhile, you can stay tuned to TV season & Spoilers for all the latest gossip about the Plath family.