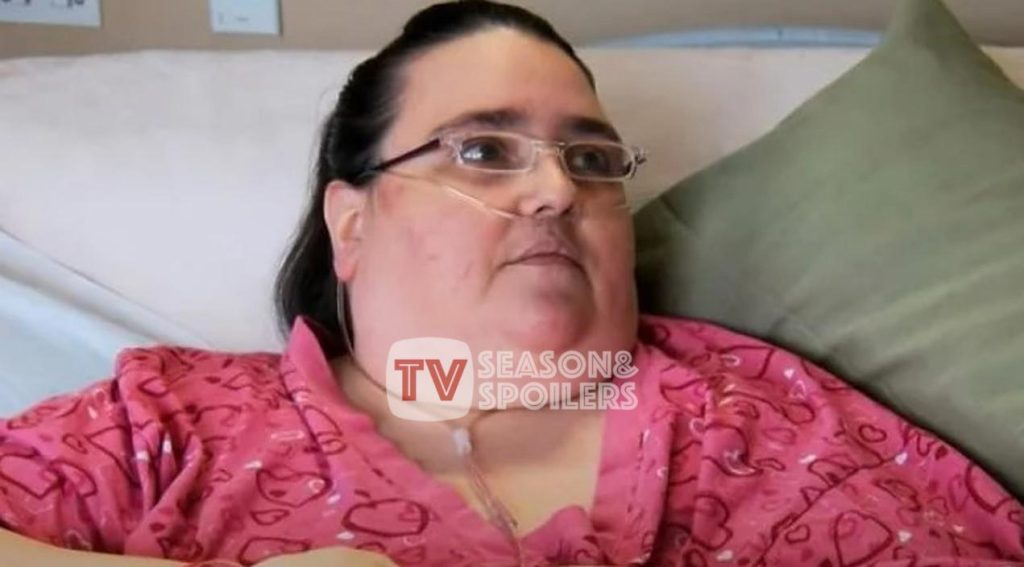 What Does Penny Saeger Look Like Now? Where Is The “My 600-Lb Life” Star Today?

The extravagant television network, TLC, has introduced plenty of successful shows over the years. One of these remains the immensely entertaining reality series, My 600-Lb Life. The show features the journeys of people struggling with obesity but with a will to change their lives. In their significant journeys, Dr. Younan Nowzaradan, popularly known as Dr. Now, took up the responsibility to help the cast members. Some of the show’s stars have left an everlasting impression, both positive and negative. Fans are keen to know where Penny Saeger is and how she looks right now. Hence, TV Season & Spoilers is here with all the information you need.

Life Journey Of Penny Saeger Before My 600-Lb Life

The TLC audience has seen a variety of characters appear on the weight-loss-centric show since its 2012 debut. Some of these were the ones that were disappointing to watch. Penny’s had an inspirational start as people got to know about her past. According to TheCinemaholic, Saeger struggled with her weight as a child, but the situation only got worse with time. As she had to deal with an abusive and alcoholic father, the “My 600-Lb Life” star resorted to food for comfort. However, her only source of peace took no time to become an addiction for Penny Saeger.

As the addiction began, the woman reached 300 lbs when she was only 22-years-old. Meeting the love of her life (and husband) couldn’t help Penny with her food addiction either. She gained 150 lb around the time she got married and eventually reached the tragic total of 530 lbs after her son was born. Sadly, she got bedridden soon after that and became oxygen-dependent. At an immensely tough time of her life, Penny Saeger decided that she wanted to turn her life around and appeared on TLC’s popular production, My 600-Lb Life.

The Heartbreaking Journey Of Penny Saeger On Show

When Penny debuted on the show, fans had high hopes for her. Her tragic backstory touched many hearts, and people were excited to watch the TV star’s journey. Initially, she was put on a strict 1200 calorie per day diet, which she adamantly followed with the help of her nurses and a supportive husband. Saeger impressed everyone by losing close to 40 lbs and achieving her goal for the eligibility of getting gastric bypass surgery. Sadly, as the episodes passed, Penny’s attitude changed, and her progress saw a downfall.

Aside from refusing to follow her strict diet plan, Penny Saeger also clashed with Dr. Now. The TLC star was no longer ready to agree to her doctor’s suggestions and relapsed despite getting the life-changing weight loss surgery. Dr. Younan suggested that Penny was “delusional” to think she was making progress as she had already left her diet and refused to exercise. Dr. Now did his best to inform Saeger that her irresponsible behavior could lead to her death. Yet, Penny decided to walk off the show, which ended her television journey for good.

Where Is Penny Now? How Does She Look?

Even after Penny’s wrongful behavior on the show, many believed that she’d try to keep up her weight loss journey after quitting TV. However, her social media suggested that Penny still believed that she was doing well and had already stopped working for her health improvement. As per InTouchWeekly

, she later told TLC that she was happier after leaving the show, suggesting that she was not doing anything to lose weight. Fans believed that she probably relapsed later and ended up gaining all the weight she lost.

As of today, Penny seems to be living the same life she was living before the show. She is still married to her husband, who could be acting as her main caregiver. Meanwhile, her current social media activity is negligible as she hasn’t uploaded any picture of herself for years. The most recent picture of her family was uploaded by her husband Edgar on Facebook back in 2020. Hence, Penny Saeger is currently alive and healthy but still overweight. She doesn’t seem to be making any progress either. What do you think about Penny’s journey on My 600-lb Life? Do you want her to return? Tell us in the comments below. Stay tuned to TV Season & Spoilers for more updates.