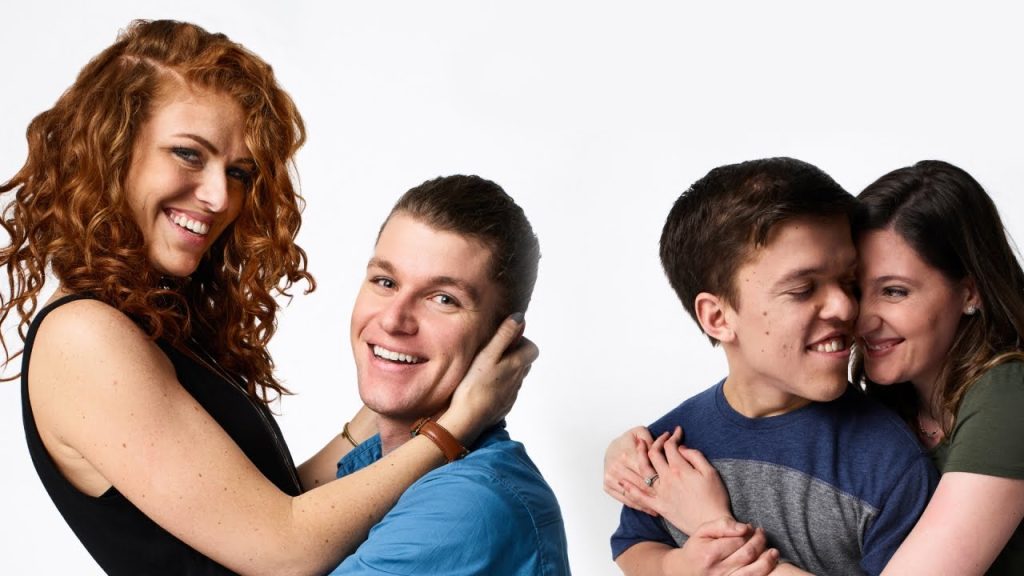 Zodiac Signs Of ‘LPBW’ Couples Reveal Whether They Will Last Together Or Not! “Are They Compatible?”

Since the Little People Big World franchise began, the show has gone on for 17 years. While Matt and Amy were the only couple in the show, the LPBW viewers saw all four Roloff kids find love as they grew up. Now all of them are happily married and doing well in life. Well, Matt and Amy also broke up and found different significant others. There have been times when fans often wonder if they are compatible partners or not. TV Season & Spoilers is here to shed light on this and answer this question through astrology! Keep reading more to know if the cast members have compatible zodiac signs or not!

While Matt Roloff was born on October 7, his girlfriend, Caryn, celebrates her birthday on October 1. This makes both of them Libras. As per Astrotalk, both the people being this sign end up being the most “agreeable” and “understanding” couple. The people sharing the same Libra zodiac put major efforts into maintaining peace and harmony. It is quite evident in this LPBW couple’s case as they have rarely had fights in the reality show. They even look forward to eventually tying the knot and living in their dream house on Roloff Farms. As of now, Matt and Caryn are preparing to move to Arizona for a new chapter in their lives.

Amy Roloff celebrates her special day on September 17, while her husband, Chris Marek, blows out the candles on August 10. So, they are Virgo and Leo, respectively. Well, Astrotalk says that both these signs at first have trouble finding common ground. However, they are able to do so as time passes. But, a married couple sharing these signs “warm up” to one another to each other’s distinct styles. Well, this revelation definitely holds true in Chris and Amy’s case. As they moved in together, the LPBW fans did see the stars struggle in various departments, be it the chores or each other’s habits. But the Little People Big World couple is now at peace with one another and has grown to get used to these different traits.

Zach and Tori are one of the most loved LPBW couples. Their journey on the show as lovers began ten years ago. Back then, they were just boyfriend and girlfriend. Now they are husband-wife and share three kids between them. Even the abovementioned website says that there is no end when it comes to mutual interests when it comes to two Tauruses. They tend to spoil one another with their charm and gifts, among other things. This, again, somewhat holds true in Tori and Zach’s case, as they are always one team during the show. They rarely engage in any verbal spats and often depict their precious love for one another.

Jeremy and Audrey also got an opportunity to showcase their love story on the show. However, they quit the show five years ago and haven’t looked back. As far as Jeremy being a Taurus and Audrey being a Cancerian is concerned, they apparently have “deep karmic ties.” While Tauruses have the tendency to be enduring, Cancerians are the nurturers. This makes them quite compatible. Together they can be dubbed as “peaceful warriors”. The LPBW followers have seen the couple not pay heed to any of the hate they receive on social media. Hence, this proves that they do like maintaining peace and quiet. They have never come off as aggressive to their social media followers.

While Jacob Roloff is a Capricorn and Isabel is an Aquarius, this makes the former an earth sign and the latter an air sign. Apparently, they are total opposites in many aspects. So, multiple websites on the net stated them to be a “so-so” pair. However, they can come off interesting to one another by learning different things about one another. It also stated that both these signs wouldn’t think twice about choosing ambition over one another. Well, Jacob and Isabel Roloff are currently living in an RV

placed inside the Roloff Farms. As Jacob works there, it is also helping both of the save up. While they are not the most lovey-dovey couple on social media, they do showcase their love for each other for important moments.

Which of these couples do you think is the most compatible? Do you agree with these results? Tell us in the comments below. For more such updates relating to LPBW, feel free to keep a check on TV Season & Spoilers.