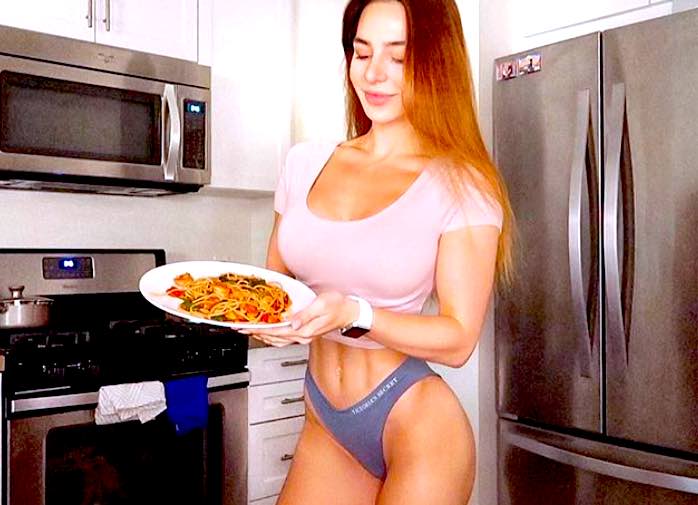 According to a profile, 90 Day Fiance‘s Anfisa is on Bumble date! It’s a platform where people who are looking for some kind of relationship can be found. Anfisa’s picture is on the site, and her name reads Anna. Let’s take a detailed look at the profile.

According to Bumble date, Anna’s profile reads that she is 26 years old and majoring in business. She loves to work out and enjoys good food. Whether it’s just friendship or some kind of relationship, the person is looking for something meaningful. Her height reads 168 cm. She is in college and is a social drinker. As for smoking, she has never smoked and doesn’t intend to either. The profile shows that she is a cat lover.
https://www.instagram.com/p/B4n0JcbHu7Z/?utm_source=ig_web_copy_link
She is a Christian, and her sun sign is Virgo. As for children, she states that she would be willing to have someday. She also appreciates honesty in a person. Now, the big question is that is it really Anfisa? Or is someone else using her picture? Let us consider both scenarios. If it’s really Anfisa, we can say that her relationship with Jorge didn’t work out, and she is ready to get back out there. Moreover, in one of her Instagram posts, she was dropping subtle hints. Anfisa said that her supporters would understand her no matter what her relationship status is. Does that mean she is over Jorge?
Some viewers even went on to say that she was with Jorge only for the green card. Moreover, according to the haters, she was the one who turned him in to get rid of him. If she really was using him, sending him off to jail can be really convenient. After all, we knew that from the beginning, she wasn’t attracted to him.
https://www.instagram.com/p/B35FCE8HTfZ/?utm_source=ig_web_copy_link

90 Day Fiance: What Do Fans Have To Say About This?

Most fans are saying that this is someone else’s account with the intention of catfishing. There is a chance that some users downloaded random pictures and made a fake account. One user pointed out that Anfisa never drinks. So, according to her, it’s definitely someone else using Anfisa’s picture. Even though most users think that its a catfish, chances are, she could really be Anfisa herself.
The fact that this snapshot of Anfisa on a dating platform came just after her video is odd. It can be a coincidence, of course. But this makes some fans suspicious of Anfisa’s intentions. What do you think about this profile? Is it Anfisa, or someone just uploaded a random picture of her? Let us know in the comments below. Stay tuned for more 90 Day Fiance