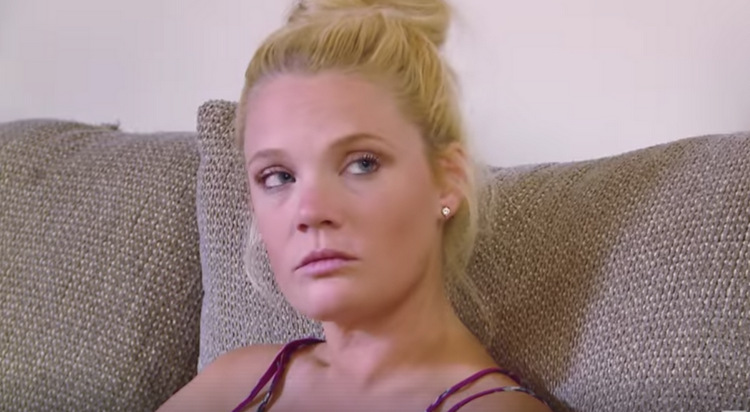 90 Day Fiance: Ashley Martson Speaks Her Heart Out, Admits She Is Broken

One of the cheating scandals in reality shows that gained most hype is of 90 Day Fiance couple Ashley and Jay. Just after the two tied the knot, Jay started chatting with other women online on Tinder. He started displaying his cheating behavior right after their marriage. There were rumors about the two of them getting separated. However, even when they declared their split, the couple was secretly together. However, it seems like Jay can’ stop his playboy flirtations. When he cheated on Ashley again even after she gave him a second chance, it broke her heart.

Fans have seen Ashley through different ups and downs throughout the course of 90 Day Fiance and afterward. Based on this, one of the fans asked her how she manages to keep herself together. It was then when she poured her heart out by telling fans the real truth about her personality.

90 Day Fiance: Fans Are Under The Wrong Impression Of Ashley

Ashley says that fans are under the wrong impression of her and think of her to be too strong. She reveals that she is not as strong as fans perceive her to be. The word Broken appears in the background which is a further indicator of her condition. She is suffering from Lupus, an autoimmune disease which requires frequent visits to the hospital. The fake leak scandal showed Ashley a hard time. Fans backlashed so hard that they even started to accuse her of not being really sick.

The woman has faced two cheating scandals of her husband. When she was in her adolescent years, someone abducted and assaulted her which is worse than anyone can ever imagine. Ho wever, she managed to make her escape in the end. The incident left her scarred for life. Of course, her marriage to Jay wasn’t a picnic either. She also talked about having kids someday with Jay. But here comes the most interesting part. She said that America is going to be shocked when they know it all.
https://www.instagram.com/p/ByWVsb9gFTz/?utm_source=ig_web_copy_link
She goes on to say that fans don’t have an idea of half of what Jay has done. The fact that his deeds are still unknown shocks us considering what we know is horrifying to the core. She also conveys a message to the fans that she can take pictures with people she is not dating. When the Tell All airs, Ashley has a lot to say. Till then, she is bound by a contract.
Considering the roller coaster Ashley’s life has been, we could have seen the mental breakdown coming. How do you think Ashley is going to cope up with all this? Let us know in the comments below.