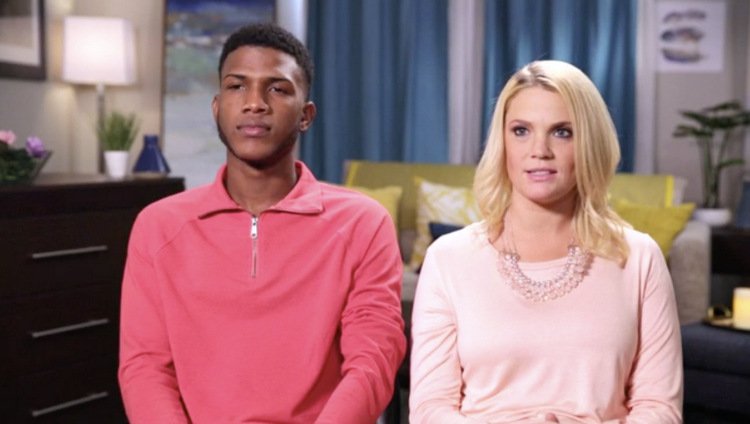 All “90 Day Fiance” fans are aware that back in December, Ashley and Jay’s wedding pictures got leaked. There was a lot of hype back then. It was believed that someone made Jay a victim of racism and leaked their wedding pictures by creating a fake Instagram account. callingyououtfraud2 was the ID of the account. The intent seemed pretty clear at that time.

Natalie who used to be Ashley’s best friend had harassed her in the past. She also threatened to sell her personal stories to a tabloid. Another person under suspicion was a guy from her high school she turned down. He posted racist comments on the couple before. One of these to was speculated to be the leaker. Fans were also wondering whether there is a third-party they are unaware of. Well, now it turns out that there is!

The funny thing about operating more than two accounts on your device is that sometimes blunders occur when you log in from the wrong account. Moreover, if the other account is already in bad radar, things become even more complicated. Jay and Ashley’s relationship drama is something fans were already getting a little tired of lately. Recently, there have been many suspicions indicating that these two could have been faking a lot.
https://www.instagram.com/p/Btj5391geao/?utm_source=ig_web_copy_link
Speaking of faking, it turns out that Jay did an accidental login from an account he was supposed to keep secret. After logging into that account, he also went live. Before he realized what account it is, the news of him logging in from that account spread like wildfire among fanatics. Guess what, it was the same account that leaked their wedding pictures!
Apparently, the couple has been leaking their own pictures and blaming Natalie all along! It shows how low someone can stoop to gain fame and attention.

Jay and Ashley’s Another Publicity Stunt?

Ashley is soon going to launch her new business, she is currently working on the development of a pajama line for plus sized ladies. Her previous publicity stunts earned her a completely free of cost trip to fashion week. Ashley also got the chance to team up with a designer. When Jay came live from the wrong account alleged of leaking their wedding photos, it seems intentional. And the reason could be gaining publicity for Ashley’s fashion business.
https://www.instagram.com/p/Btj_rmcAXK-/?utm_source=ig_web_copy_link

It seems like the couple has been deceiving the fans for quite a long time and they are not in the mood to cease their cheap tactics even now! Recently, Ashley straightaway lied in her Instagram live video about the background chaos being caused due to her kids. A fan spotted Jay at the back roaming around Ashley’s apartment. Even though Ashley denied his presence, the screenshot taken by the fan cleared the air.
https://www.instagram.com/p/Bta6uzrAmWb/?utm_source=ig_embed

What Are Jay And Ashley Trying To Accomplish?

Both of them say that they are not going to be together again and are separated. However, social media has a totally different story to tell. It seems like they have been so habitual of getting all the fame on the show, they can’t get over the fact that their reign is now over. By leaking their own wedding photos, the couple has certainly crossed a line. What do you think of this action? Is it another attempt to gain publicity? Let us know in the comments below.