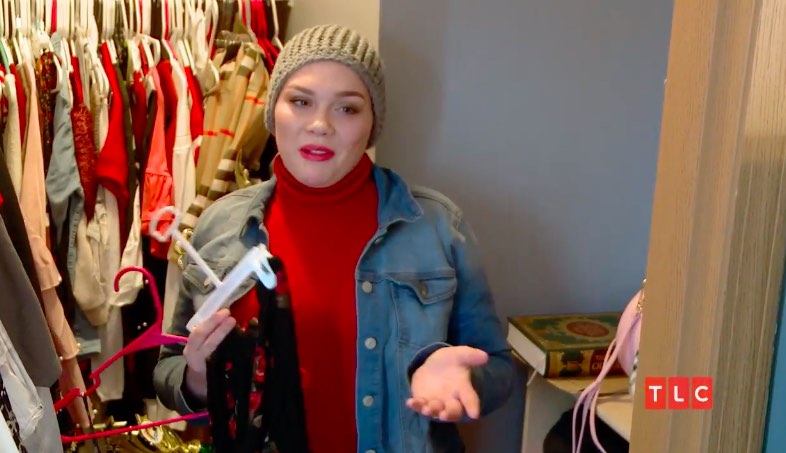 90 Day Fiance: Before The 90 Days; Avery Is Not In Syria, Spotted In The US With Cast Members

The last time we saw Avery, she was ready to pack her bags and go to Syria to meet Omar. The preview video showed her fully adopting Islam and dressing up like a Muslim woman. We also saw her offering Namaz and following the culture to the fullest. But she is hanging out with the cast in the US. According to a source, they were filming for Tell-All Episode for the upcoming season. Let’s take a look at the details.

90 Day Fiance: Before The 90 Days; What Do Fans Have To Say About Avery Being In The US?

At the time, Avery was excited to meet Omar. Her mother was ready to accompany her daughter to the worn-torn country of Syria. However, she made it perfectly clear that she is not in support of her daughter converting into Islam or dating Omar. But she wanted to make sure that she is safe and sound. On the Instagram post stating that Avery is with the rest of the cast in the States, there is a comment praising her mom’s looks.
Another user points out that Tom looks really different in the pictures than he does on TV. Someone pointed out that Avery is still in Muslim attire. The emoji next to it indicated a sense of disbelief. However, the comments in the replies indicated that it’s expected of her as she is a converted Muslim now. Despite her mom’s disapproval, Avery is adamant on following Islam. The majority of the users are praising Avery’s mom in some or the other way.
https://www.instagram.com/p/B1dotTknlNV/?utm_source=ig_web_copy_link

90 Day Fiance: Before The 90 Days; Update On Other Cast Members

For 90 Day Fiance: Before The 90 Days season 3, some familiar faces are making their return. Darcey, who was in a relationship with Jesse for almost 2 years, is bringing with her a new gut. He is from the UK. However, recently, there have been exposing posts about Tom, indicating that he is a fraud. Apparently, he stole pictures off the internet and posted them as his own. Darcey calls her relationship with Jesse abusive. What do you think will happen when she finds out that Tom is deceiving her too.
In the meantime, Angela is returning to Nigeria to mend her broken relationship with Michael. The last time we saw them, she accused him of stealing money from her bank account. In their 90 Day Fiance: Before The 90 Days casting tape, we saw that he is really excited to introduce her to his mom. Moreover, he goes on to express his love for America in the most profound way. Plus, he is really excited about getting US citizenship.

Darcey and Angela have been surviving through age gap comments. Avery will have a tough choice to make regarding her move to Syria. What do you think is the fate of these reality TV stars? Let us know in the comments below.