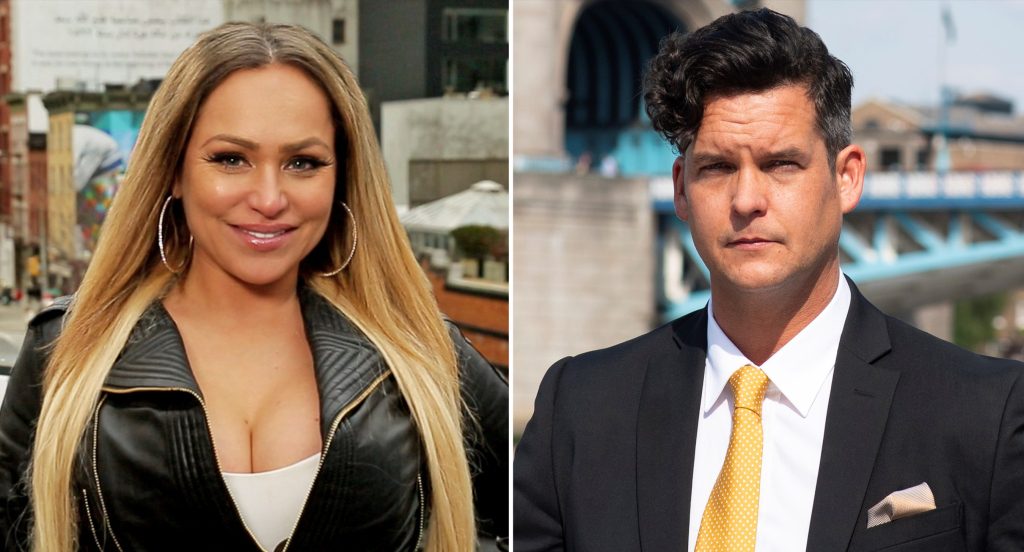 90 Day Fiance: Before The 90 Days; Darcey Is Over Emotional For Tom & He Finds It Unattractive

Darcey has fallen in love again after having a nightmare experience with Jesse. She is thankful for letting him go and calls her previous relationship abusive. She is sure about Tom being the one. However, he is not as sure as her. Earlier, he stated that Darcey should behave more like a woman. In the casting tape, Tom said that he finds some traits that might cause some issues. They were excited to meet each other in person. Now, finally, after they are together in person, Darcey has an emotional outburst. Tom is treating her real nice. Apparently, this is something that she is not used to.
Tom and Darcey are having wine together. She says that there is something about him that makes her go all over him. Darcey admits that she has never met a guy like him. Moreover, no one has ever treated her so well. He calls her beautiful, attractive, and funny. She is stronger now. But she admits that she never wants to feel chipped off at. Tom has helped her heal and realize what she doesn’t want. Since Darcey has had an abusive relationship with Jesse, it’s relatable. She said that om went out of his way to make her feel special.

90 Day Fiance: Before The 90 Days; Tom Not Used To Emotional Outbursts

Tom hopes that she doesn’t feel this way every time he does something good for her. He is not used to so many emotions all at the same time. He says that this is something he doesn’t find attractive. Tom thinks that a first date is supposed to be fun. He seems like a guy who likes simplicity in behavior. On the other hand, we know from previous seasons that Darcey is quite outspoken and doesn’t shy away from expressing herself.

90 Day Fiance: Before The 90 Days; Do Darcey And Tom Have a Future Together?

Darcey mentioned that with Jesse, it was all fun in the beginning. But over the course of two years, things became toxic. She likes Tom’s maturity and the fact that they are open to each other. In the casting tape, Tom said that if Darcey plays nice, they might have a future together. Of course, he didn’t seem so sure about it. We can say that he wants to explore. As for Darcey, she is ready to plan a future with Tom.
https://www.instagram.com/p/B1i0gjDHjKX/?utm_source=ig_web_copy_link
Tom doesn’t seem like the kind of guy who would bode well under pressure. He made that perfectly clear in his casting tape. Darcey’s daughters are encouraging her to go for it. Moreover, Tom has even spoken to them on the phone. Darcey seems ready to jump into this, but Tom is taking baby steps. The way he reacted to her emotional outbursts was a bit scary.
Do Darcey and Tom have a future together? Let us know what you think in the comments below.