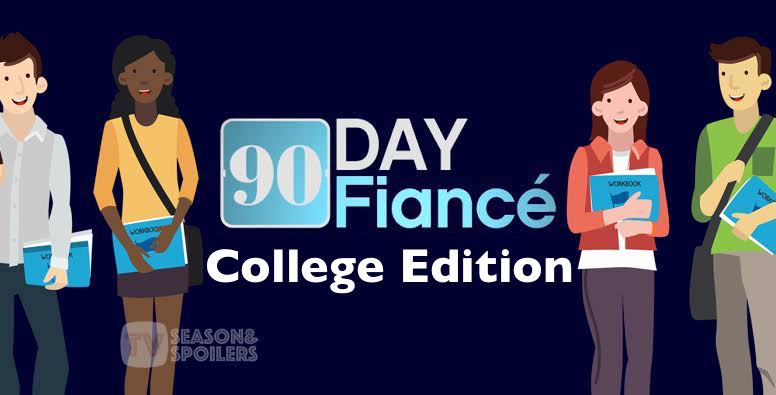 We already know that 90 Day Fiance is a franchise meant to portray stories of lovers living in different parts of the world. The condition is that one of them must be a US citizen. It airs on TLC, a major TV network. The franchise’s unique concept has gained millions of viewers from all over the world in a very short time. The popularity grew so much that the viewers just couldn’t get enough of 90 DF.

College time is the age when love is in the air. It seems like the 90 Day Fiance has realized this and has decided to feature young adults on a brand new show. They are casting students in a relationship with a foreign partner. Both the partners have to be students, one US citizen, and another international student. Ideally, the production is on the lookout for students who will be graduating at the end of this year.
The partner can also be a graduated international student whose OPT is about to expire. If they are married, one spouse has to be a US citizen. Even if the spouse is a former international student, such couples can apply. They have to be aged between 18 to 32 years. All ethnicities are acceptable. It seems like an interesting concept which is likely to have more audiences than ever. The regular watchers of 90 DF are most likely to stay tuned. Besides, the viewership of college students is likely to rise drastically.
Click Here For Rules and Application

90 Day Fiance: Other Successful Shows From The Franchise

The massive success of 90 Day Fiance drove the franchise to expand to some other ideas based on the same concept, yet unique. For instance, 90 Day Fiance: The Other Way has gained more popularity than expected. In fact, the filming for season 2 has also begun. It follows the lives of couples in which the US citizen is ready to leave their life behind in the States and move to another country for love.

Watching Americans adjust to a new lifestyle in another country is super interesting to watch. Moreover, cultural barriers and language issues make things even more intense. Another successful show includes 90 Day Fiance: Happily Ever After. It follows the life of 90 Day Fiance couples that fans already know. The show portrays the fate of their relationship. 90 DF: Before The 90 Days shows the lives of couples where the American visits the foreigner or vice versa for 90 Days.
Do you think 90 Day Fiance College Edition will match up to the success of other shows of the franchise? Let us know in the comments below.