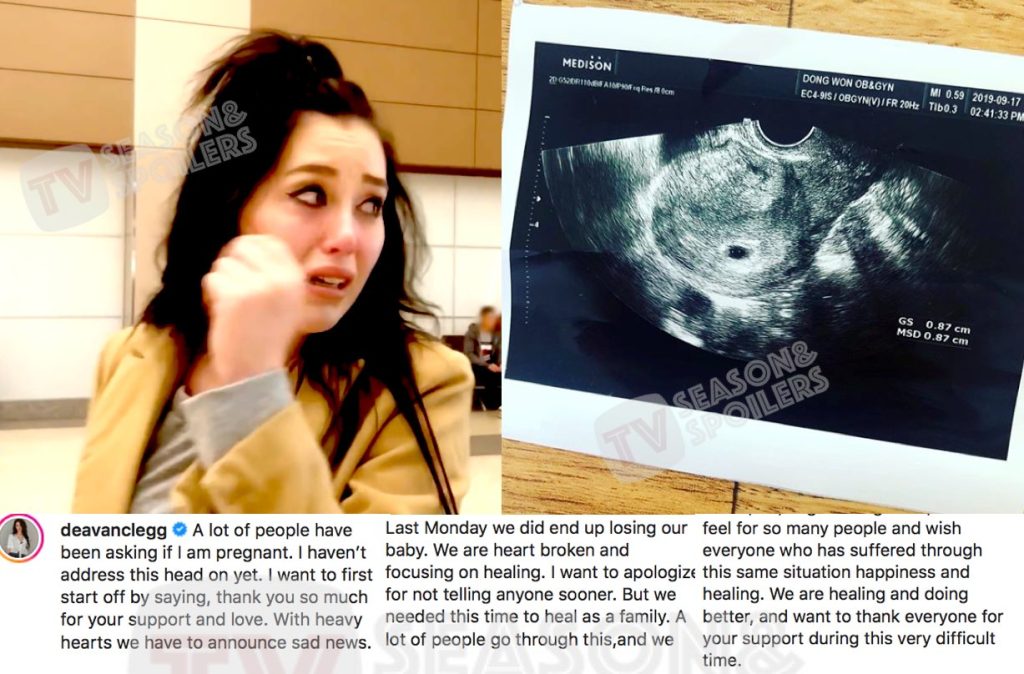 '90 Day Fiance': The Other Way; Deavan & Jihoon Lost Their Baby, Deavan Opens About Her Pregnancy

90 Day Fiance: The Other Way; For a while, we have all been haring the hype on Deavan’s third pregnancy. Of course, her second baby with Jihoon. The reality is, Deavan was indeed pregnant. However, unfortunately, the reality TV star lost her baby to a miscarriage. Let’s take a further look at the news.

90 Day Fiance: The Other Way; How Fans Knew About The Pregnancy

Deavan never gave any confirmation of her third pregnancy until now. She posted on a query private Korean group. Deavan asked whether her US medical insurance will cover her childbirth. Someone leaked the information out of the group, and this is how 90 Day Fiance fans got to know about the pregnancy. Later, Deavan gave an update saying that it was a private group, and the person who leaked the information had no right to do so. But she never stated whether she was pregnant or not.

https://www.instagram.com/p/B3Yt6Vmn_jf/?utm_source=ig_web_copy_link
Deavan recently took to Instagram to states that a lot of people have been asking her about the pregnancy. She didn’t address any questions. But she is starting off now by thanking fans for all their love and support. With a heavy heart, she announced the sad news. Last Monday, the couple lost their baby. Deavan also apologized for not telling the fans sooner. She said that many people go through this, and they are sorry for their loss. She also sends them happiness and healing.
Deavan goes on to say that they all needed time to heal as a family. But now, they are still healing and doing better. Paul Staehle commented that they have faced a similar situation and that Deavan and Jihoon can reach out anytime they want. Larissa also offered Deavan prayers and healing. Kalaani Fagata is also sorry for her loss and sends her love and prayers. She also appreciated Deavan for being open about it as there are many women who suffer alone. Darcey and David also chimed in with healing thoughts on the sad news.
https://www.instagram.com/p/B3ZWoO5Hn2G/?utm_source=ig_web_copy_link

90 Day Fiance: The Other Way; One Fan Creates Controversy In The Comments Section

The comments section of Deavan’s post is filled with condolences. But amidst the healing thought comes one user and states that America is calling her back. While we have heard many fans say that Deavan should come back to America, mentioning this at such a crucial time seems like a really insensitive thing to do. Deavan even replied to her comment and said that she had high blood pressure, which is responsible for her miscarriage. And it’s probably because of the American food she ate all through her life. It’s sad that Deavan even has to clap back at this, according to a fan.
The last we heard of Deavan and Jihoon

, they were filming for season 2. We are likely to get more information on Deavan’s third pregnancy there. Till then, stay tuned for more 90 Day Fiance updates on the couple’s life.