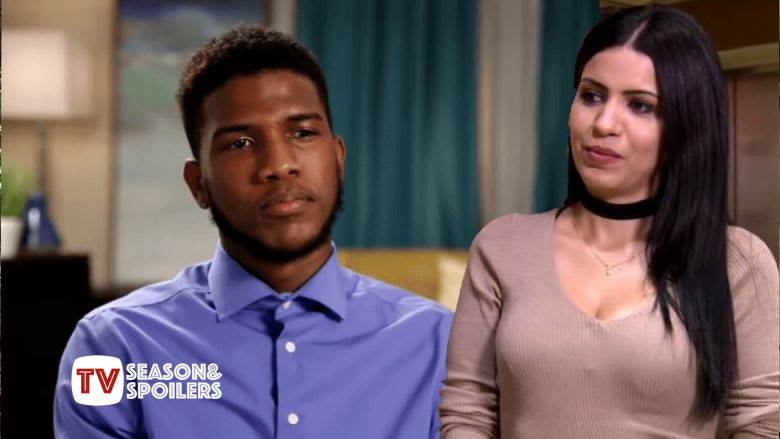 90 Day Fiance star Larissa, the queen, and Ashley, the drama queen have their fair share of haters and fans. But one thing is for sure, wherever they go, they stir the air. Recently, they got in a feud because of Jay. Yes, we are talking about Ashley’s ex Jay Smith. He posted a picture of himself and Larissa, and Ashley got involved in a feud in the comments section. Let’s take a look at what went down.

Jay’s Hot Picture Heated It Up Between Ashley And Larissa

Jay recently took to Instagram to post a shirtless picture. It was a cool pose, and Larissa didn’t keep it to herself when complimenting Jay. She posted a comment that read a fire emoji. In her reply, a 90 Day Fiance fan gave a puzzled expression. But the biggest blow came when Ashley replied to Larissa’s comment. Ashley told Larissa to pull herself together and stop being thirsty. What could this comment mean? Ashley, for sure sounded really angry towards Larissa in her comment. And she wasn’t at all subtle about it.

90 Day Fiance News: Does Ashley Still Have Feelings For Jay?

When Larissa commented on Jay’s picture, there was no need for Ashley to intervene. But she got involved anyway and made things uncomfortable. Jay has cheated on Ashley twice, once just after marriage and the second time in the barbershop restroom. When he was chatting with random women on tinder just after they got married, Ashley filed for divorce. But she gave him a second chance.
However, he blew it up and cheated on Ashley again, which was the final call for her. She filed for divorce again, and this time she didn’t withdraw the paperwork. But Jay broke into her house when she was on vacation, and she had to file for a PFA. But Jay violated the PFA and ended up in ICE custody.
His boss bailed him out, and he is trying to get on with his life. Ashley first stated that she was adamant on getting him deported. But after some time, she said that she just wanted Jay to leave her alone. At the time, Ashley seemed to have completely moved on from Jay. She described her relationship as abusive and mentioned that she was heartbroken over her marriage falling apart. It seems like she is a little hung up on her to-be-estranged husband. The way she reacted to Larissa’s comment gave a hint of jealousy.

We know that when it comes to putting people back into their place, the queen never hesitates. That is exactly what she did to Ashley by giving her a fitting reply. She politely told Ashley to calm down and made it clear that she likes both of them. It doesn’t matter to her whether they are separate or together. Do you think Ashley still has feelings for Jay? Or is she again trying to grab some attention? Let us know in the comments below. Stay tuned for more 90 Day Fiance updates.