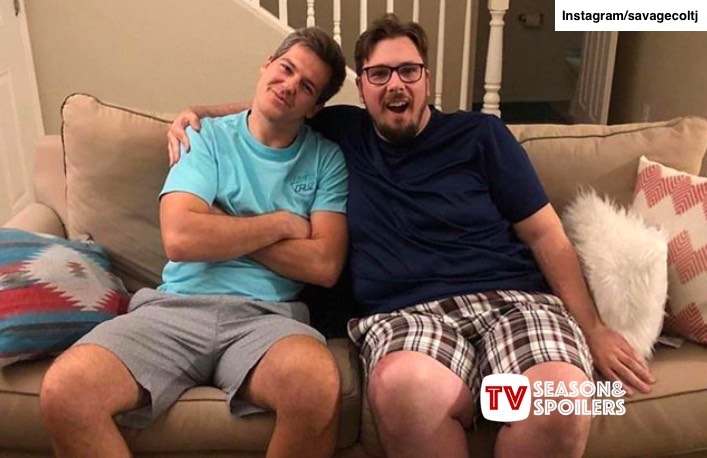 90 Day Fiance: Two exes of the same woman being besties, doesn’t it sound like a classic movie situation? Well, it’s far from that. We are talking about some famous reality TV stars in this situation. And who’s more famous than the queen herself! Since the day Larissa nad Eric called it quits, the queen’s latest ex has been buddying up with her estranged husband.
We can see Colt and Eric being all close friends with each other. Moreover, the current speculation suggests that Eric might even star in Pillow Talk alongside Colt and Debbie. Let’s take a more detailed look into it.

Since Larissa broke up with Eric without even having a conversation about it with him in the first place, he seems pretty pissed. Well, he has found the right outlet for expressing his anger. After all, who is better to talk foul about Larissa other than Colt and Mommie Debbie? Colt stated in his caption that Eric was coming to his place for dinner. He also mentioned that they have a lot in common, and it’s always good to learn new things.

90 Day Fiance News: Stab In The Back For Larissa

Are they just getting cozier to throw their newfound friendship in Larissa’s face? So much for the queen of the real world. As we already know, 90 Day Fiance couple Larissa and Colt’s breakup ended on a pretty bad note. As for her breakup with Eric, we can’t call it mutual or amicable considering the poor guy didn’t even know when the breakup occurred. He knew that Larissa had called it quits when Eric’s mom called him up to check on him about how he was doing with the breakup.

In a picture, we can see Eric hanging out with Colt and Debbie and is sitting on a couch with them. All three of them are holding a bouquet of flowers. It looks like they are taking a solid dig at the whole ‘he didn’t bring me flowers’ thing that Larissa made a huge f uss about. Of course, we can see Debbie’s cheerful expression that says it all.
If that wasn’t enough, another picture shows Eric taking a keen interest in Debbie’s slot machine. If only Larissa would have done that and she wouldn’t have to face this weird twisted mess! Colt befriending Eric really shows us that he is way more savage than we could ever think of!
As for whether Eric will appear on Pillow Talk with the mom-son duo, it’s not confirmed. However, if he does, it would be a cent percent hike for the show’s ratings. Larissa is likely to get burned no matter what she says. Or else, whoever goes against the queen dies. She might clap back in a way the viewers can’t imagine. Stay tuned for more juicy tidbits about the lives of these fan-favorite reality TV stars! Stay tuned for more 90 Day Fiance