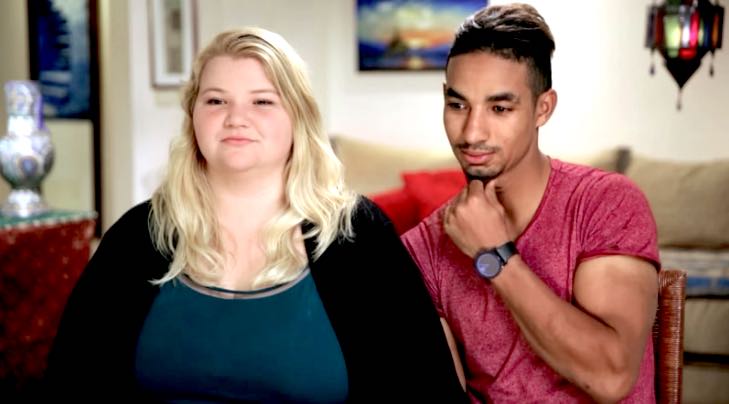 90 Day Fiance star Nicole Nafziger has been the target of online trolls for quite some time. Episode after episode, viewers have been finding more and more reasons to make fun of the reality TV star. But not anymore. This time, there will be no Lights, Camera, and Action for Nicole and Azan. Nicole has revealed that she and Azan are done with filming for the franchise. Let’s take a look at this in detail.

The last time we saw Nicole opening up about her relationship with Azan was on the Tell All episode of the latest season of 90 Day Fiance: Happily Ever After. At the time, they were in a long-distance relationship. Even though rumors about Azan being married spread like wildfire, according to Saopdirt, Nicole has always claimed that they are going stronger than ever. They chat regularly and interact via video call as per her claims.

Too Much Backlash From Viewers?

Nicole recently passed up the opportunity of starring in another season of the franchise even though they are a popular couple. The backlash from the viewers might have been too much to tolerate for Nicole alone with Azan being in Morocco. She said that they are done with filming ‘right-now.’ Of course, this leaves scope for the couple coming back at some point in future.
One user asked Nicole on Instagram the reason behind the couple not starring in the upcoming season. She also asked whether Nicole being physically violent towards Azan is the reason why he refused to star with her. To that, Nicole cleared the air

and said that they are not filming because they chose not to. According to Nicole, they are going strong and are on the way to celebrate their fourth year together as a couple.

We can see Azan putting on some good muscles now. But it hasn’t been this way always. In some ways, Nicole seems stronger than her So, and there have been instances in the past where she forced things on her foreign love interest. When things didn’t go her way, there have been times the TLC cameras captured her physically unruly behavior.
Interestingly, Nicole didn’t defend herself and slyly overlooked the physical abuse part of the question. Clearly, she is being vague about her reasons for not coming back on the show. This gives the right to the speculation of this particular user to be true. Moreover, this also gives watchers an opportunity to chime in with their own opinions. There are tonnes of questions surrounding the couple.
All we have right now are speculations regarding how their relationship might take another course. Nicole has stated that it is difficult for the world to understand their relationship. She believes that Azan loves her despite all the red flags. What do you think is the reason behind staying away from the TLC cameras?