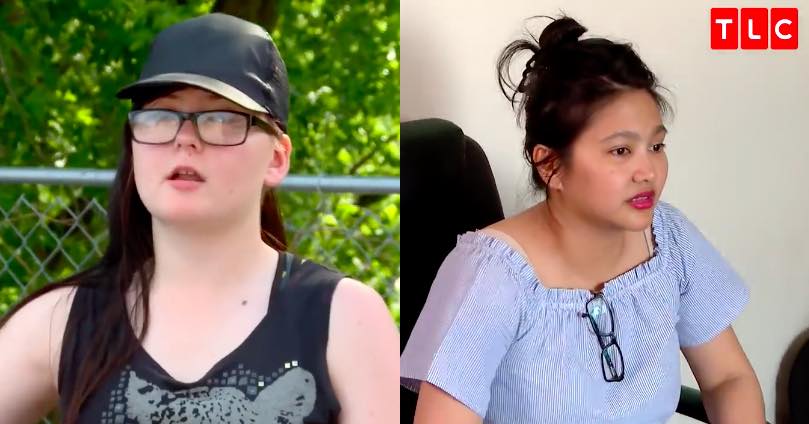 '90 Day Fiance': Tasha Has Hired An Attorney To Fight Leida In Court

Fans are no strangers to all the drama ’90 Day Fiance’ star Leida caused with Eric as well as his daughter Tasha. After a massive altercation, Leida took things to court and got a restraining order against Tasha. At the time, Tasha went to court without an attorney which gave Leida a big advantage as far as legal matters are concerned. Throughout 90 Day Fiance season 6, Leida and Tasha’s volatile relationship made the news. It took no time escalating into something big in real life.
Tasha’s roommate Jan had no idea that she was filming when she moved in with her boyfriend. But when Jan saw the way Eric and Leida treated her on the show, it appalled her. When the police got involved, and the restraining order was in hand, she realized that Tasha needs to put an end to this. Jan got involved because Tasha was clueless about how legal stuff works. Moreover, she didn’t have the cash to pay an attorney to guide her through the process.

After granting the restraining order, Tasha had only 20 days to file a petition for vacating it. That is when Jan started a GoFundMe for her to pay for her attorney. Most fans have been wondering why Tasha’s mother didn’t step up to help her daughter in such a hard time. She works night shifts and has to take care of Tasha’s sister. Moreover, she also has a farmette. Tasha has a strong relationship with her mother and sisters, and they talk every day.

Jan has stepped up to fill in for Tasha’s mom. She is here for her. Besides, Eric’s ex-wife is always there for her daughter during important events. She was there during the hearing.

Why Jan Was Compelled To Help Tasha?

Jan thought she should intervene because the restraining order will remain on Tasha’s profile for the rest of her life. Be it for jobs or rented apartments, they do a background check. If someone has a restraining order in their record, they are perceived to be dangerous.

The worst thing that happened amid all this drama is that a relationship between a father and a daughter completely succumbed. Eric was the one who filled out the papers on behalf of Leida. Jan thought that he did not know what kind of trouble he was getting his daughter into.

Tasha has used the money from her gofundme and retained an attorney to fight the 4 year restraining order that the judge granted Leida. #90DayFiance

PS northfreedom2 is Tasha’s roommate Jan for those who don’t know. pic.twitter.com/QGVtKGluaq

The GoFundMe campaign raised about $ 1200 out of $ 3000 which Tasha has paid to a law firm. It is nice to see a 90 Day Fiance star putting the money to good use. After Larissa and Ashley spending it on luxuries, fans are happy to see that at least someone is using the cash for a good cause.
What do you think Tasha’s fate is going to be? Will she be able to remove the restraining order permanently from her record? Let us know in the comments below.