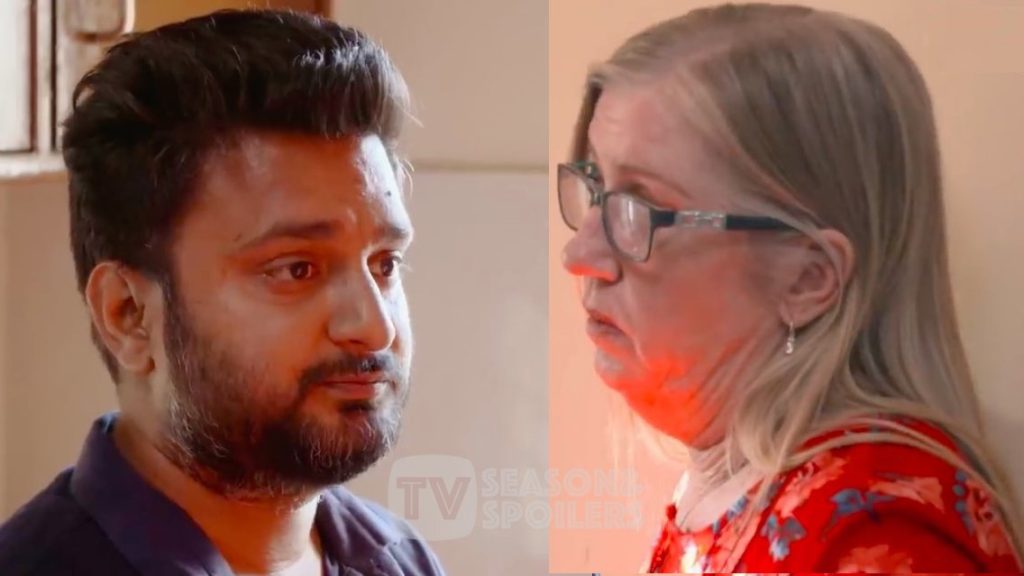 90 Day Fiance: The Other Way; Since the news of Sumit already being married to another woman came out, Jenny has been in shock. When she learned about Sumit’s secret, she was devastated. Moreover, that woman’s father has threatened Sumit that if he doesn’t continue to stay with his daughter, he is going to create a false case against him and his family. However, he is willing to risk going to jail for Jenny. Let’s take a look at what happened when Jenny and Sumit reunited.

Sumit’s Disappearance After The Secret Got Revealed

Sumit and Jenny haven’t met each other after Sumit suddenly went away after springing a huge secret on her. Jenny has left behind her life in the US and has been in India for over 5 months. She was heartbroken when she found out the devastating secret about Sumit. The recent preview clip shows Jenny and Sumit’s reunion. Let’s take a look at how it played out for both of them.

Sumit knocked on the door, and the moment Jenny opened the door, he gave her a charming smile. Jenny immediately hugged him and started crying. She was wondering why it all happened. At that time, it had been almost one week since Jenny and Sumit saw each other. Jenny is happy to see Sumit again, but she needs a profound explanation of what has happened during the past couple of days.

90 Day Fiance: The Other Way; How Did Their Interaction Go?

After such big chaos, the interaction between Sumit and Jenny was bound to be intense. Jenny told him that it didn’t make any sense. She asked him why he said to her that he loved her and married someone else. They planned a perfect life, and everything was going to be okay. Sumit said that he didn’t want to lose her.
He said that he shares everything with her. Jenny said that she thought he loved her and that she was the one for him. Sumit explained to her that he tried to stay in the marriage. To that, Jenny asked why he was talking to her the whole time. Even his father in law said that his daughter was happy in the first year of their marriage.

Well, the clip leaves it at that, and the viewers are hanging in the air. Sumit gave a blank expression in the end and didn’t provide any answer to that question.

90 Day Fiance: The Other Way; Is Sumit a Player?

Sumit keeps saying that he loves Jenny and wants to be with her. But then why did he even try to make his marriage work? Let us know what you think in the comments below. Stay tuned for more 90 Day Fiance updates.