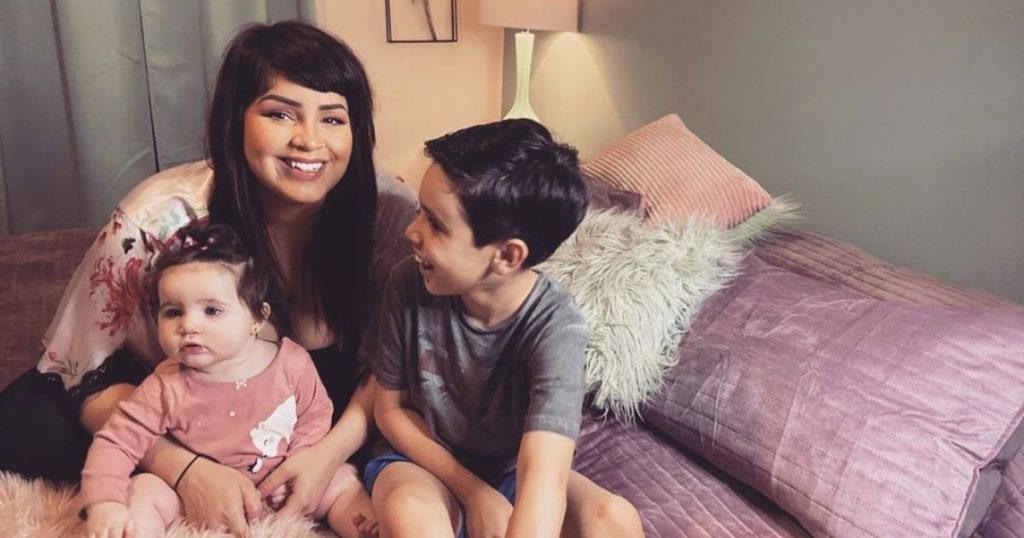 Ever since Ronald and Tiffany appeared on the first season of 90 Day Fiance: The Other Way, it has been a rough ride for them. Trust issues and Ronald’s gambling addiction almost tore them apart. They even broke up for a while but got back together. When Tiffany refused to stay in South Africa permanently, it looked like they were not going to make it together.

However, after a long duration of staying in different countries, the lovers are likely to reunite and settle together with their little family. They’re hoping to build a life together in America. Let’s take a look.

90 Day Fiance: The Other Way, Insights From Tiffany’s Recent Post

Tiffany posted a picture with a smile on her face indicating that she is going to make a big announcement soon. Even though she didn’t reveal any details, the 90 Day Fiance: The Other Way star asked fans what they thought it’s going to be.

Some fans speculated that Ronald might be moving to America permanently. However, there were some who thought that Tiffany was pregnant. Since she used the hashtags ‘another one’ and ‘baby rose’ which indicated that there might be a baby on the way. She already has a son from a previous relationship. Ronald and Tiffany welcomed a baby daughter Carley Rose last year.

While fans continue to speculate what could possibly be a happy announcement, Tiffany recently posted about her struggles with her mental health. The pandemic has been hard on everyone in different ways and Tiffany is letting the audience know that they’re not alone.

The pandemic put a strain on the couple’s relationship due to the travel restrictions. However, they did take some online counseling and tried to resolve their issues. They also featured the same on 90 Day Fiance: Self Quarantine.

Fans now think that the hard days are over for the couple and they would be reuniting soon. Ronald has been inactive on social media for quite some time. But recently, he also teased a big announcement. Maybe, the couple will make a joint announcement about Ronald coming to the States.

Considering how much the couple has fought through to be together, they deserve a happy ending. But it looks like their trust issues are still unresolved to some extent. However, if their past is any indicator, Tiffany and Ronald will address it shortly. Do you think they are meant to last? What could be the big announcement? Let us know what you think about these 90 Day Fiance: The Other Way stars in the comments below.