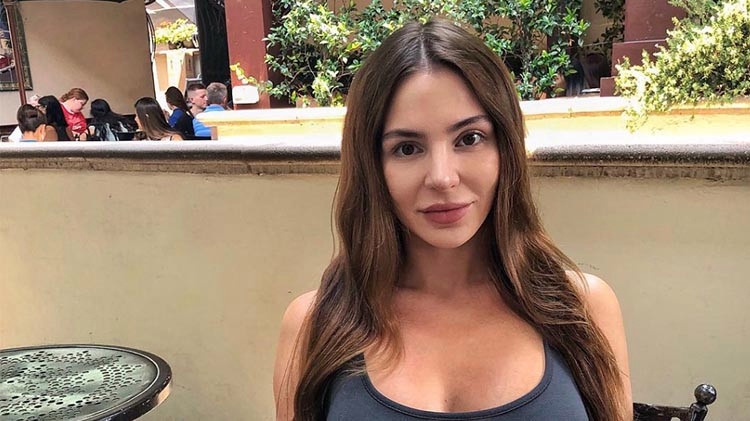 90 Day Fiance: Trolls Accusing Anfisa of Wasting Away, She Has The Perfect Answer!

We know how hard 90 Day Fiance’s Anfisa has worked for attaining the perfect bikini body this year. She recently took to Instagram to show off her killer body again. But this time, she immediately got a body-shaming comment. But she was quick to slam back, and that gives us a message to stay away from trolling her! What did she say? Let’s take a look.

When Anfisa recently showcased her body, a troll commented, “I’m not trying to be rude, just honest. You are wasting away to nothing and starting to look unhealthy. The human body needs a percentage of body fat to be healthy.” Considering how dashing her body looks, it might be a little unfair to call her that. Moreover, Anfisa has been sharing her diet plans on social media, and unhealthy is not the best term to describe them.

The reality TV star immediately agreed to the troll and said that an appropriate amount is a must for the human body to function. But she also added that the percentage doesn’t have to be that high. For her, having fat in the body doesn’t mean one has to be overweight. Anfisa says that she has enough fat for her body parts to function normally. She also tells the troll not to worry about her. Well, that was a straightforward reply to put a body shamer in their place!

Not many other users seemed to agree with our bully. One user said that Anfisa looked great and super healthy. In fact, she was shocked by the notion of someone calling her wasting away. Another user stated that if you follow her on YouTube, we can see that she has a balanced diet and eats according to her needs. According to fans, she is healthy, and her workout is a big contributor to her good health.
One more user started to educate the troll and pointed out the difference between being malnourished and fit. She said that Anfisa is strong and has a lean body. According to her, she is far from wasting herself away or being malnourished.
https://www.instagram.com/p/B3VJFINHHVX/?utm_source=ig_web_copy_link

90 Day Fiance: Anfisa Dealing With Body-Shamers In The Past

Anfisa has been dealing with trolls for a long time. Some time ago, she posted a picture of herself with the caption being some lines she is used to hearing from haters. Some common remarks include, ‘What are you doing?’, ‘Why are these weird poses?’, ‘Stop losing weight!’, ‘Stop gaining muscle!’, ‘You are looking like a man.’ Note that these remarks discourage her in any way. Stay tuned for more news on 90 Day Fiance.