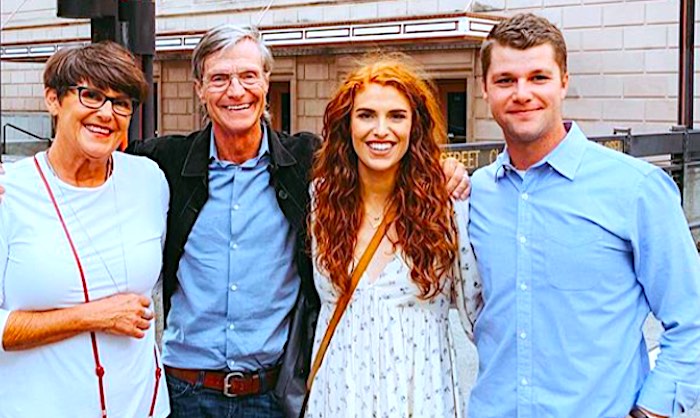 If we were to talk about a very busy and happening couple from Little People Big World, Audrey and Jeremy Roloff would top the list. No matter what, the two of them are up to something. This time, the latest news about them is they are starting a new business venture together. Seems shocking? Of course not. They are doing such stuff all the time. However, if we say that they might be planning on doing it on the Roloff farms, it’s guaranteed to spark your interest! So, let’s take a look at what this active duo is planning to do next.

The couple has made it clear that it has been a life-long dream to co-own a farm. According to reports, they have started a new business on a farm that connects close to home. Or in this case, it has been their home. Yes, you heard it right! We are talking about our very old Roloff farms. Just a week after Jeremy expressed his and his wife’s interest in owning a farm, they are out to the one that belongs to family to start a business venture.

The couple has registered a business named ‘The Roloff Company’ in March. It lists Jeremy as the company president and his wife as the secretary. The address is stated as Roloff farms. However, what the business is all about is not yet clear. It seems like they might be following Amy and Matt’s footsteps. A little refresher, Matt and Amy have co-owned the farm for nearly three decades. Now, when Amy is selling her portion of the farm to Matt, the dynamics are likely to change.
However, Audrey and Jeremy seem ready to take over the role of their parents. Fans would be thrilled to know that the property is going to remain in the family. After Amy moving on with her life, fans were apprehensive of the fate of the farm. If Jeremy and Audrey plan on taking their new venture forward, the farm will remain among the Roloffs.

When Jeremy stated that he would like to own a farm, most fans suggested him to take up something at his family farm. At the time, he mentioned that it might be too expensive. However, it seems that he is at least heading in that direction with his wife. The passion for land never left him. Considering that he grew up on a farm, he would love to be a part of it in the future as well.
Even though the couple’s schedule is already jam-packed, fans are looking forward to their new move. What do you think their new business venture might be about? Can you guess? Let us know what you think about the whole idea in the comments below. Also, stay tuned to know more juicy updates about the Roloff family!